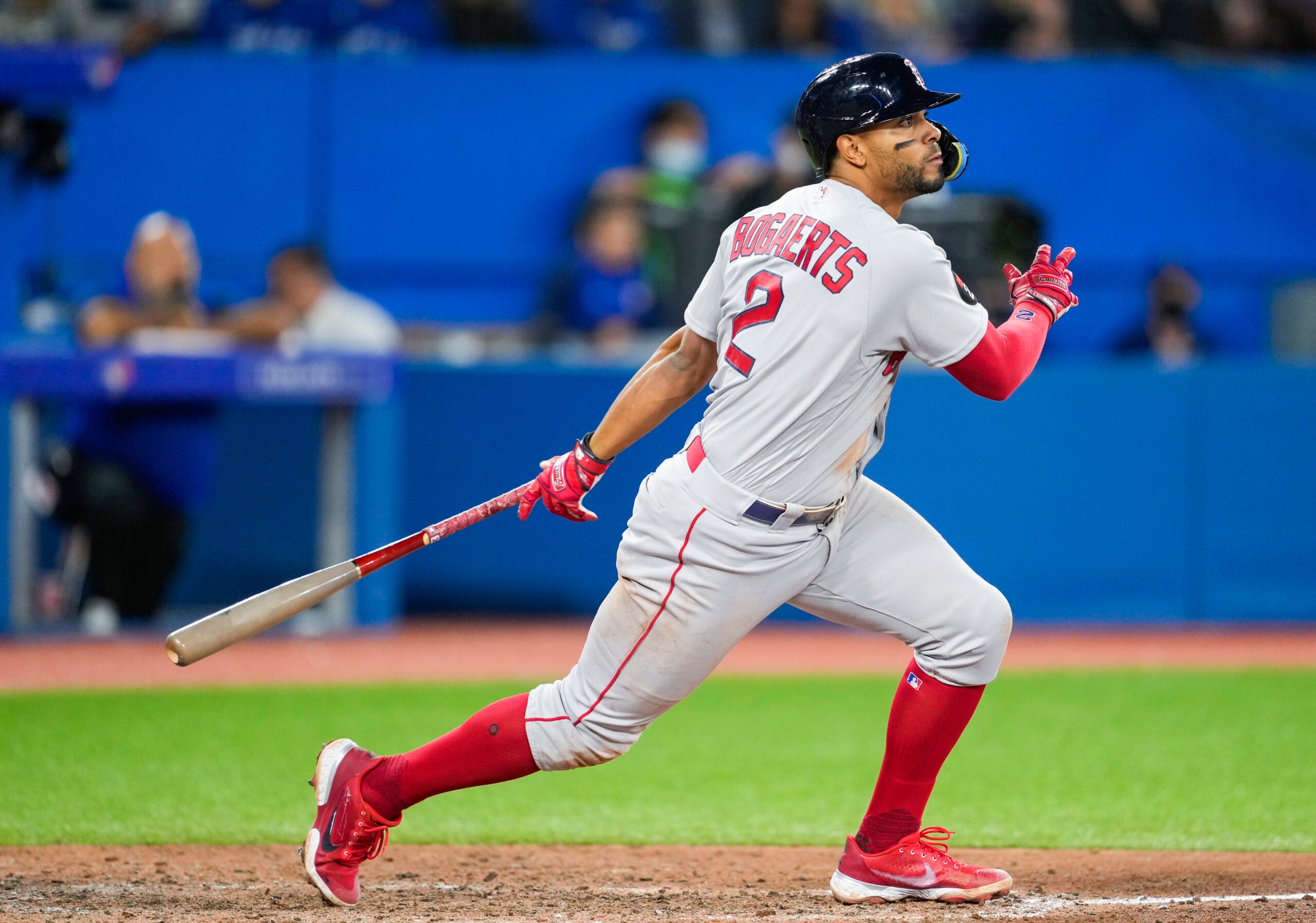 Cora rejoined the Red Sox after missing the past six games because of COVID-19. Boston went 1-5 under bench coach Will Venable while Cora was away from the team.

Bogaerts went 4 for 4 with four singles and a walk. The AL leader in hits, Bogaerts tops baseball with seven games of three or more hits this season. He had three hits in Monday’s 10-inning loss.

Wacha retired his final seven batters after Gosuke Katoh’s double in the fourth. He struck out five and walked two.

Toronto reliever Trent Thornton (0-1) allowed two runs in one inning as the Blue Jays lost for the second time in eight games.

Boston struck quickly against Ross Stripling. Bogaerts reached on a two-out infield single in the first and scored on a double by Rafael Devers.

The Red Sox used singles by Kevin Plawecki, Trevor Story and Bogaerts to load the bases with one out in the third, but Stripling escaped by striking out Devers and J.D. Martinez.

Those were the first two in a streak of eight consecutive outs for Stripling to finish his outing, six of them by strikeout.

Toronto’s lone run came in the third when Vladimir Guerrero Jr.’s fielder’s choice drove in Tyler Heineman, tying it at 1.

Bogaerts, Devers, and Martinez restored Boston’s lead with consecutive singles off Thornton in the sixth. Martinez’s hit brought home the go ahead run, and Kiké Hernández followed with a sacrifice fly.

Blue Jays: LHP Ryan Borucki was placed on the 10-day injured list because of a blister on his middle finger. LHP Andrew Vasquez was recalled from Triple-A.