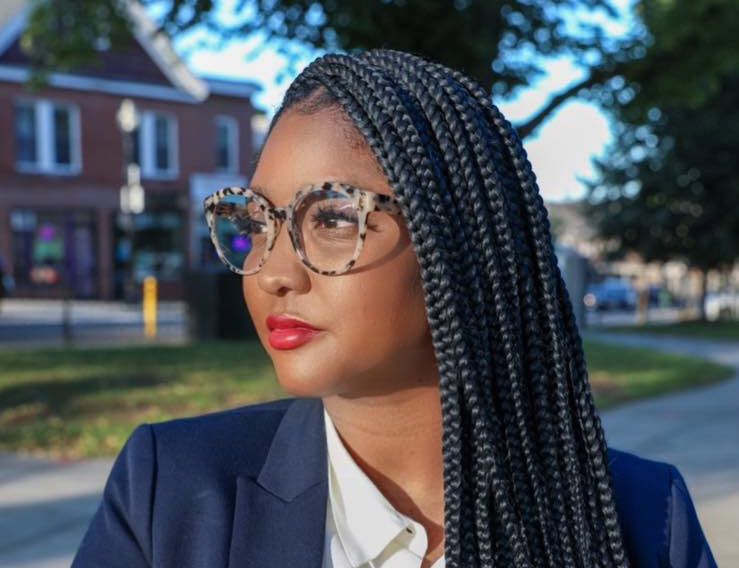 A Boston city councilor is facing backlash after she sent a tweet Thursday morning that critics say plays on anti-Semitic tropes.

First-term Councilor Kendra Lara, who is from and represents the Jamaica Plain neighborhood, tweeted and later deleted a tweet that read “y’all are letting the Zionists SHAKE YOU DOWN. phew!”

After facing criticism, Lara explained that the tweet was a reaction to the 8th Circuit federal appeals court decision this week. That court decision, according to the Associated Press, upheld an Arkansas law that required state contractors to promise not to boycott Israel.

The appeals court ruled that the state mandate did not violate the free speech clause of the First Amendment.

The Arkansas law is a reaction to the Boycott, Divestment, and Sanctions (BDS) movement, which calls for boycotts of Israeli businesses in protest of the country’s treatment of Palestinians as second-class citizens.

“I maintain my disappointment with the eighth circuit courts ruling and believe that conflating anti-Zionism with antisemitism will ultimately prevent us from being in true solidarity with both Jewish people and Palestinians,” Lara tweeted.

But Lara also apologized, saying that she had been educated on why her phrasing played on harmful Jewish stereotypes.

“It was made clear to me, that the use of the phrase ‘shake them down’ reinforces Anti-Semitic tropes about Jewish people. Although that was not my intention, the impact — especially in a moment when we’re seeing alarming rates of violence against Jewish people — is the same and I should’ve known better,” she tweeted.

An April report from the Anti-Defamation League (ADL) indicated that anti-Semitic incidents in Massachusetts reached an all-time high in 2021, increasing 48% from 2020.

The report also showed that the growth of anti-Semitic incidents in New England outpaced that of the rest of the country in 2021, with New England experiencing a 42% increase while the country as a whole experienced a 34% increase.

Among these incidents were the stabbing of a rabbi in Brighton, and the use of Holocaust-related terms by the Duxbury High School football team.

The statement, he said, “seems unprecedented and quite shocking to come from an elected official in the city of Boston.” There are ways to be pro-Palestinian without being anti-Semitic, he said.

“When you put ‘shake you down,’ for people in the Jewish community there’s an immediate connection to tropes about money and power. ‘Shake you down’ is connected to some form of intimidation.”

As for the 8th Circuit Court decision, the entire Appeals Court reversed a 2-1 decision last year by a three-judge panel that found the requirement to pledge not to boycott Israel to be unconstitutional, AP reported.

The Arkansas Times had sued to block the law, which says state contractors must cut their fees by 20% if they don’t sign the pledge, AP reported.

The American Civil Liberties Union, which represented the Times, said it plans to appeal the decision to the U.S. Supreme Court.