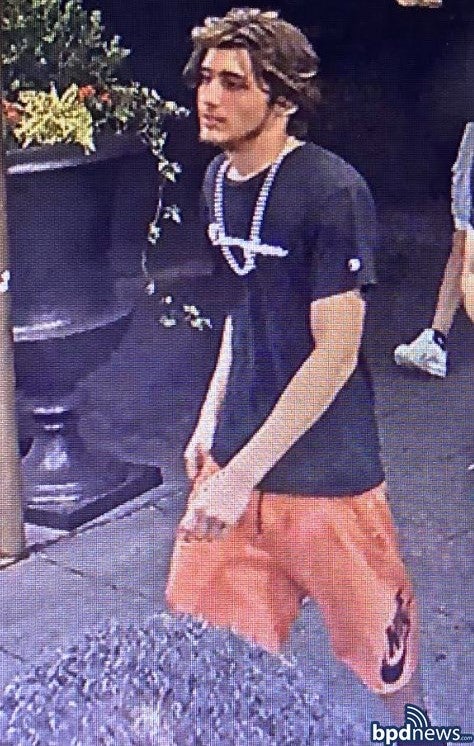 Boston police are asking the public’s help in identifying a man suspected of aggravated assault during a recent Celtics watch party.

According to investigators, the suspect, a white male, carried out an assault during a Game 4 watch party on Friday, June 10. The attack happened around 11:30 p.m. in the Copley area, police said. Cops didn’t release details about the crime.

Investigators shared two images of the suspect, who has brown hair and was wearing a black Champion shirt and orange Nike shorts.

The man also appears to be shoeless in the photos. According to local reports, fans were rowdy in the Copley Square area after the Celtics lost the game.

Anyone with information about the suspect can contact District D-4 Detectives at 617-343-4683.