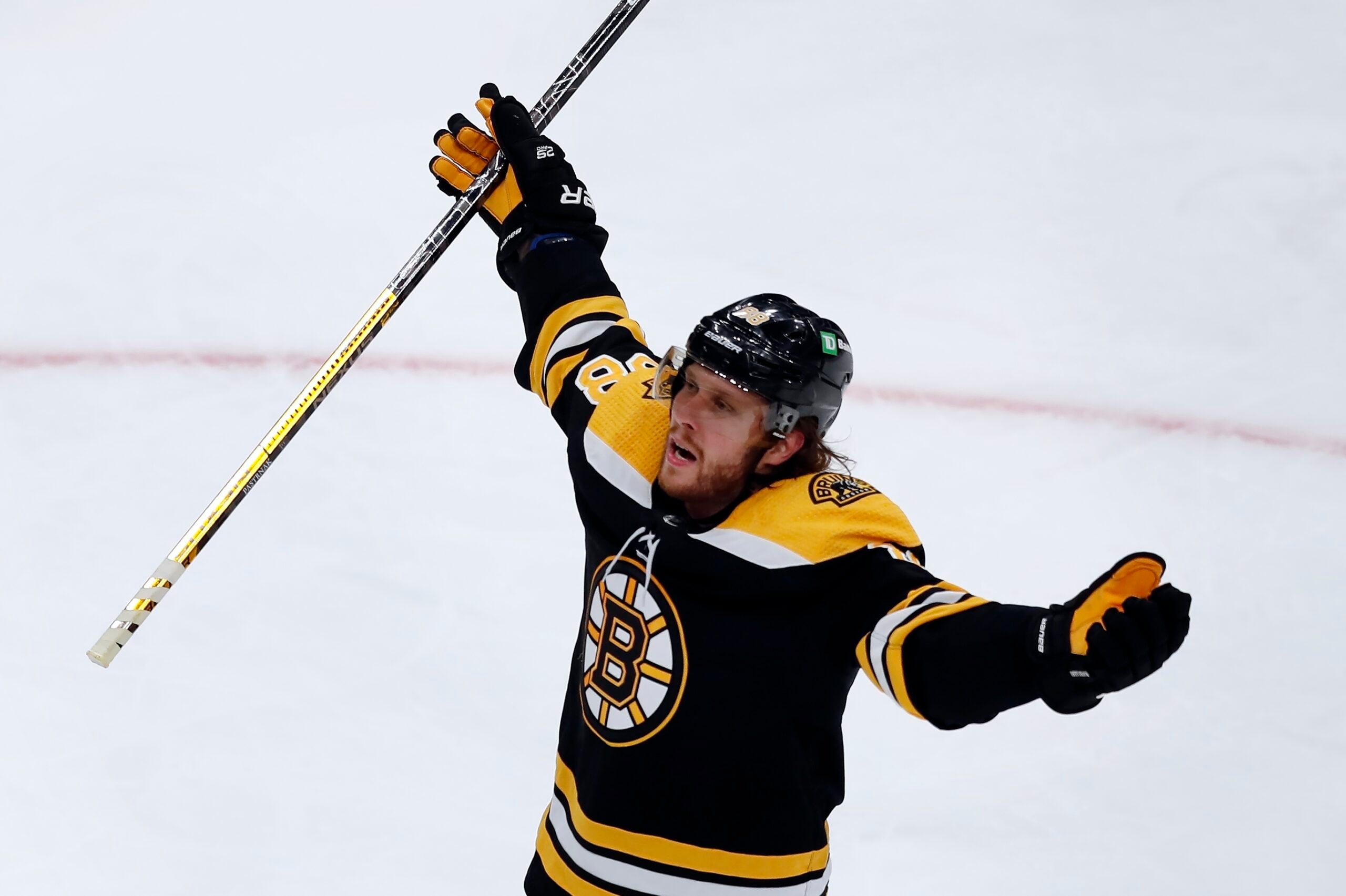 BOSTON (AP) — Brad Marchand had a goal and two assists on Friday night to help the Boston Bruins take their first lead against the Hurricanes all season — and hold onto it for a 4-2 victory over Carolina in Game 3 of their first-round playoff series.

Rookie Jeremy Swayman stopped 25 shots in his first career playoff start after Linus Ullmark allowed eight goals in the first two games, both Hurricanes victories. That followed a regular season in which Carolina swept all three games, outscoring the Bruins 16-1 and never trailing.

Vincent Trocheck and Jaccob Slavin scored for Carolina, and backup goalie Pyotr Kochetkov made 24 saves in his first career playoff start. He took over in Game 2 after starter Antti Raanta was injured in a collision with Pastrnak.

Trocheck gave the Hurricanes a 1-0 lead, swiping in a rebound just as he was belatedly knocked down in front of the net. But Coyle tied it on a give-and-go with Jake DeBrusk with 2:44 left in the first.

Five minutes into second, Marchand fought off the puck along the boards and headed for the slot, where he picked up Patrice Bergeron’s deflected shot and went high over Kochetkov — Boston’s first lead over Carolina in 325 minutes, 41 seconds this season.

The Hurricanes took back-to-back penalties late in the second, and soon after the 5-on-3 became a one-man advantage, Pastrnak wristed one in from the left circle to make it 3-1.

The Hurricanes lost forward Jordan Martinook in the second period when he got his legs tangled up with Boston’s Taylor Hall. Martinook got back on his skates, but couldn’t put any weight on his right ankle.

He went down the tunnel and the Hurricanes said he would not return.

The game was delayed for about seven minutes when a section of the glass fell on an NHL official working the Bruins penalty box.

Play was whistled dead with 5:07 left in the second period and medical staff ran across the ice to tend to the official, who was not immediately identified. He was taken off on a stretcher and given a cheer by the Boston fans.

The glass separated the Boston penalty box from the stands. Play resumed with a police officer in the stands to maintain a barrier. The Bruins did not immediately respond to a request for comment.