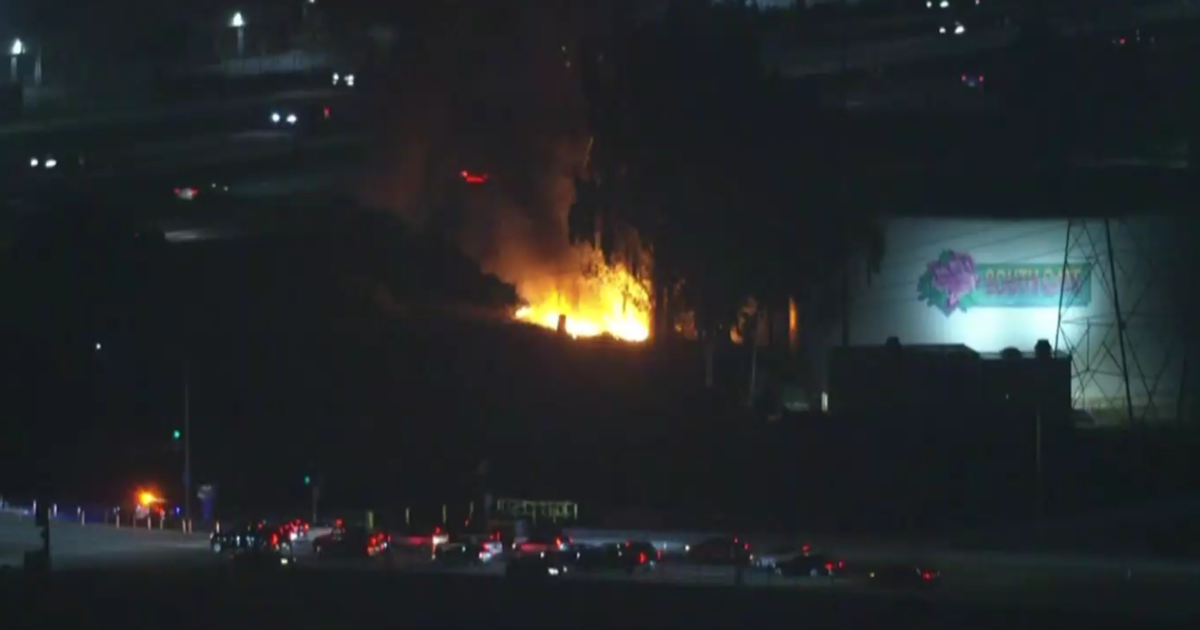 A vegetation fire broke out near the 710 Freeway in South Gate Saturday evening.

Los Angeles County Fire Department crews were dispatched just after 10:45 p.m. to a homeless encampment in the area near the 710 Freeway and Firestone Boulevard in South Gate.

With Sky9 overhead, the fire appeared to have been contained by crews at around 11:10 p.m.

No injuries were reported.