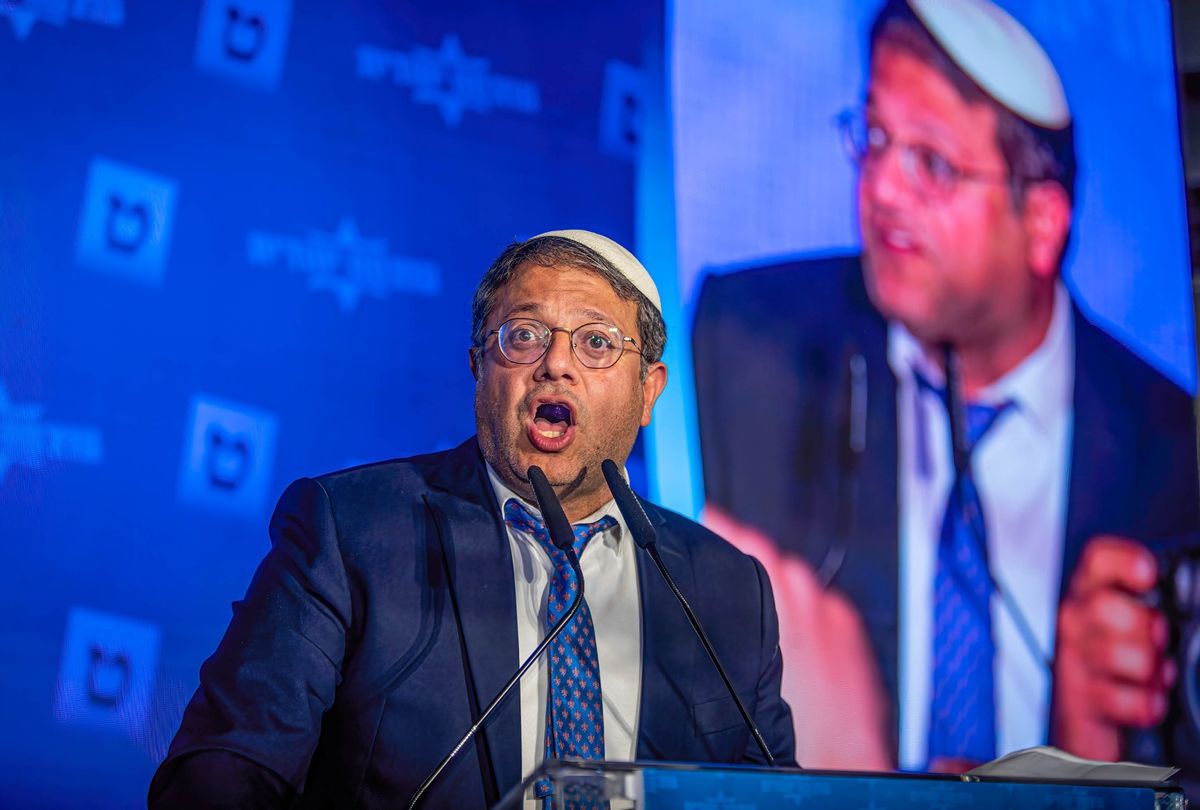 Itamar Ben-Gvir, a far-right Israeli lawmaker who was convicted of incitement to racism against Arabs and supporting a terrorist organization in 2007, is poised to become Israel’s national security minister after reaching a deal Friday with incoming Prime Minister Benjamin Netanyahu’s Likud party.

Haaretz reported that the agreement between Likud and Ben-Gvir’s Jewish Power party is the first Netanyahu “has signed with another party as part of the coalition negotiations following this month’s elections, which saw his bloc winning the majority of votes.” Under the terms of the deal, Reuters observed, Ben-Gvir “will have an expanded security portfolio that will include responsibility for Border Police in the occupied West Bank.”

Ben-Gvir hailed the new agreement as an “important step” in the process of establishing “a full right-wing government.”

To advocates of Palestinian rights, the news was deeply alarming if not surprising, given the expectation that Ben-Gvir would receive a key post in what’s expected to be Israel’s most right-wing government ever.

Far-right MK Itamar Ben-Gvir pulled out a gun in the Palestinian neighborhood of Sheikh Jarrah tonight, telling the settlers with him that “If [Palestinians] throw stones, shoot them.”

Ben-Gvir is one of the most popular politicians in Israel today. pic.twitter.com/MPdvEhKT0P

Ben Gvir, Israel’s incoming national security minister, is a fascist, a disciple of a genocidal movement against Palestinians who was convicted on terror charges and incitement to racism.

The Foreign Affairs Ministry of the Palestinian Authority said Ben-Gvir’s elevation to national security minister could have a “catastrophic impact on the Israeli-Palestinian conflict” and further undercut the prospects of future diplomatic talks.

The Financial Times notes that Ben-Gvir is “a disciple of Meir Kahane, a rabbi who wanted to strip Arab-Israelis of citizenship and whose party was designated a terrorist organization by the U.S.”

“Ben-Gvir was on the fringes of Israeli politics until he entered parliament last year,” the newspaper added. “At the time, Netanyahu said that Ben-Gvir—who until a couple of years ago kept in his house a picture of Baruch Goldstein, who massacred 29 Palestinians in a mosque in 1994—was not fit to serve as a minister. However, as Ben-Gvir’s popularity surged in the run-up to this year’s poll, Netanyahu changed tack and acknowledged that the 46-year-old lawyer was likely to become a member of his cabinet.”

As the Jerusalem Post reported at the time of Ben-Gvir’s 2007 conviction, “The self-declared Kahane spokesman was found guilty for carrying signs that read, ‘Expel the Arab enemy’ and ‘Rabbi Kahane was right: The Arab MKs are a fifth column.'”

“He was acquitted on similar charges for chanting ‘Death to the Arabs’ after a Jerusalem bombing, and for stating that outlawing the [far-right extremist] Kach movement was a joke,” the outlet added.