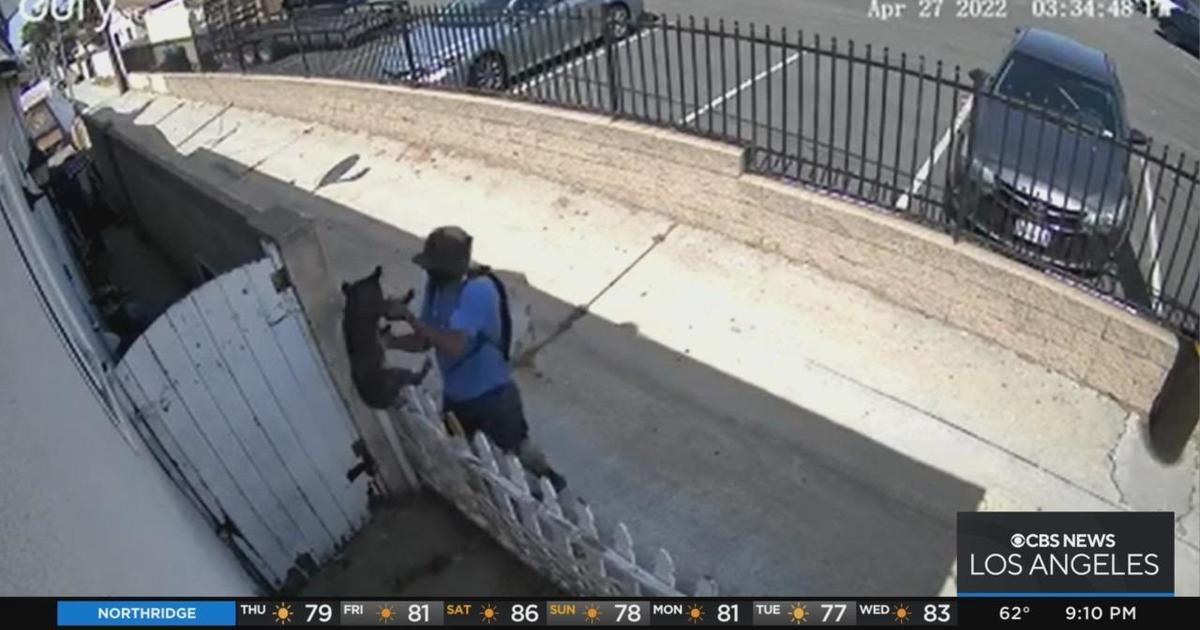 A woman whose French bulldog was snatched from the front yard while she was at home just wants her dog back.

“Just seeing his kennel, his bed…and even waking up this morning and he wasn’t there,” Jody Martinez said, getting emotional as she thought about her 1-year-old French bulldog named King.

Martinez’s security camera captured the moment when King was dognapped.

“It was just a brief moment, that’s all it takes.”

On the video, a man in a blue shirt skateboards to her fence and in an instant, he picks up the dog and skates away.

“He was trying to bite because you can see him pulling away and he grabs him by his arms and all I can think is that it hurts.”

The incident took place Wednesday, at around 3 p.m. Martinez said she and her husband were inside their Wilmington home with the front door slightly cracked open. She believes her dog heard the skateboard and got out without them realizing.

“It’s possible it was planned. Who just jumps off a skateboard and jumps off and takes a puppy?”

In the last year, CBSLA has reported on nearly a half dozen stolen French bulldogs, including Lady Gaga’s pup.

The high price of Frenchies has drawn the attention of thieves, something Martinez said she’s been aware of.

“The fact that we knew that he was at risk, we kept an eye on him, you know. I’m getting a lot of backlash on that.”

Martinez helped breed King and he was the one puppy they kept from the litter. She admits she thinks about what more she could have done to protect him, but right now she just wants King back.

“Just bring him home. I don’t care you came up alongside our face and took him. Just drop him back off,” Martinez said.