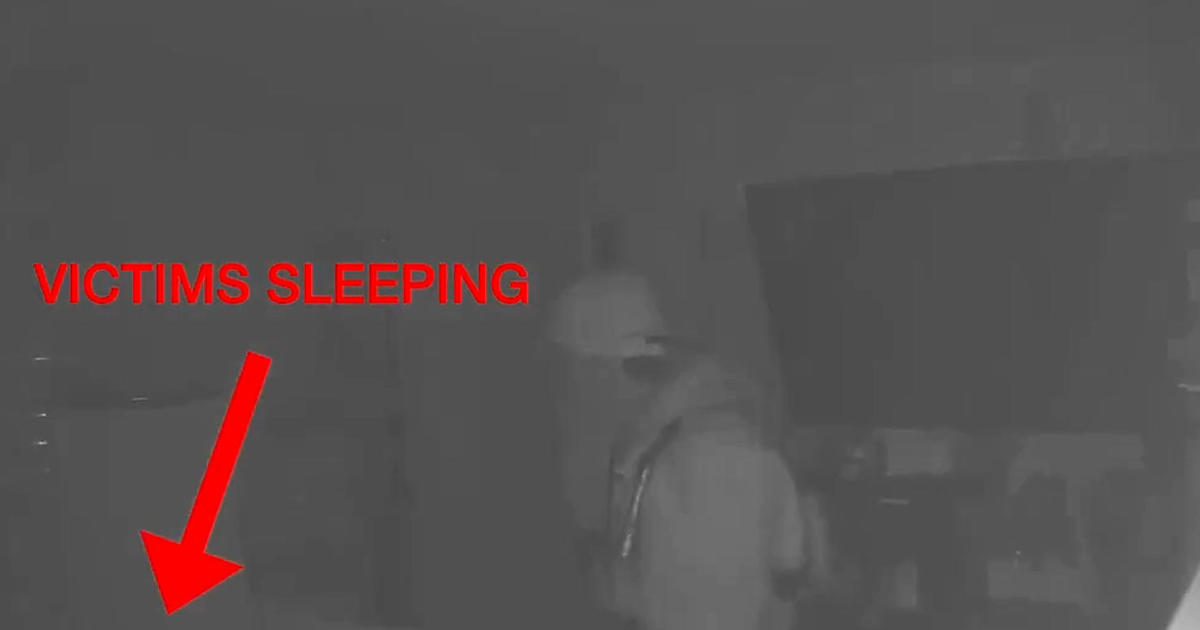 San Bernardino police on Wednesday released disturbing video of an intruder breaking into a home, and standing over the residents, looking at them, as they slept in their bed.

Investigators say the intruder has been identified and arrested, but is suspected of committing other similar crimes. Police say they are not releasing his identity due to the ongoing investigation.

The black-and-white surveillance video shows a man wearing a jacket on top of a hoodie, a backwards baseball cap, and a handkerchief over the bottom of his face in the darkened bedroom. San Bernardino police say the residents of the home were sleeping in an area off-camera, and the video shows the intruder stand there for a moment, looking at them, before he begins rifling through their belongings.

Police did not release details about when or where the break-in happened.