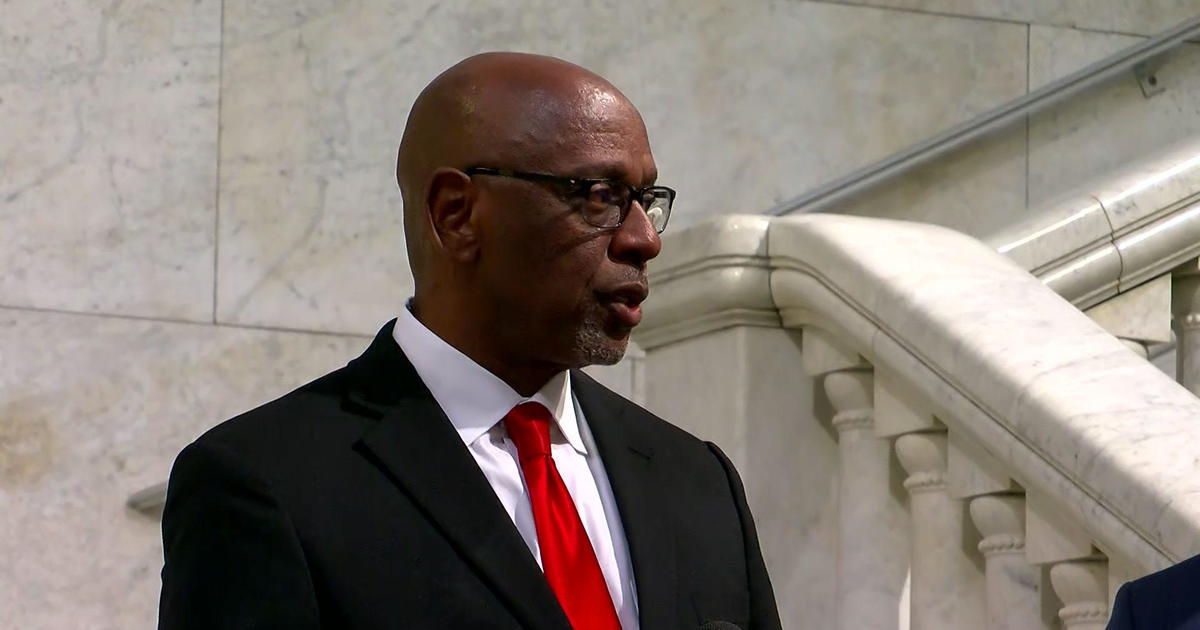 MINNEAPOLIS — Minneapolis made history Monday morning by swearing in Dr. Cedric Alexander as the city’s first ever commissioner of community safety.

The ceremony, which took less than a minute was met with applause inside the City Hall rotunda from a number of City Council members, members from several of the city’s public safety departments and Superintendent Drew Evens, the Bureau of Criminal Apprehension commissioner, among other leaders.

Mayor Jacob Frey tapped Alexander for the position in July.

Alexander is now tasked with overseeing the five departments of public safety: 911, the city fire department, the emergency management office, the police department, and neighborhood safety, formerly known as the Office of Violence Prevention.

His goal is to get all of the departments working together to combat the rise in violent crime in Minneapolis.

“The separation in the issues around who’s on first, who’s on second really now has to come to a screeching halt,” Alexander said. “We have to do this together. We have an opportunity to show the citizens in this community and across this country and around the globe that the city of Minneapolis, Minnesota can be one of the safest cities in the country.”

Alexander also addressed the staffing shortage in the police and 911 dispatch departments, saying those challenges need to be met with new ideas because realistically those positions cannot be filled overnight.

“For the naysayers and the haters of this community, I have a message for you: keep hating, keep naysaying because that’s going to be the fuel that’s going to drive us to where we want to go,” he said.

Among the big items on his plate is finding a police chief for the city of Minneapolis, which Alexander said he hopes to have in place by late September or early October.

“We are going to be slow, we are going to be methodical, we’re going to be very analytic about it because when you do those types of searches you want to make sure that everyone get a fair and balanced opportunity to show and to prove and to demonstrate what their experiences have been,” he said.

He stressed while people are very quick to acknowledge what doesn’t go right in public safety there also must be recognition for what does go right — the men and women who respond, the investigations being done and the arrests being made.

Pauleen is a journalist with a passion for telling stories. Nothing makes her happier than talking to ordinary extraordinary people, and using beautiful pictures and solid writing to share their amazing stories with the world.