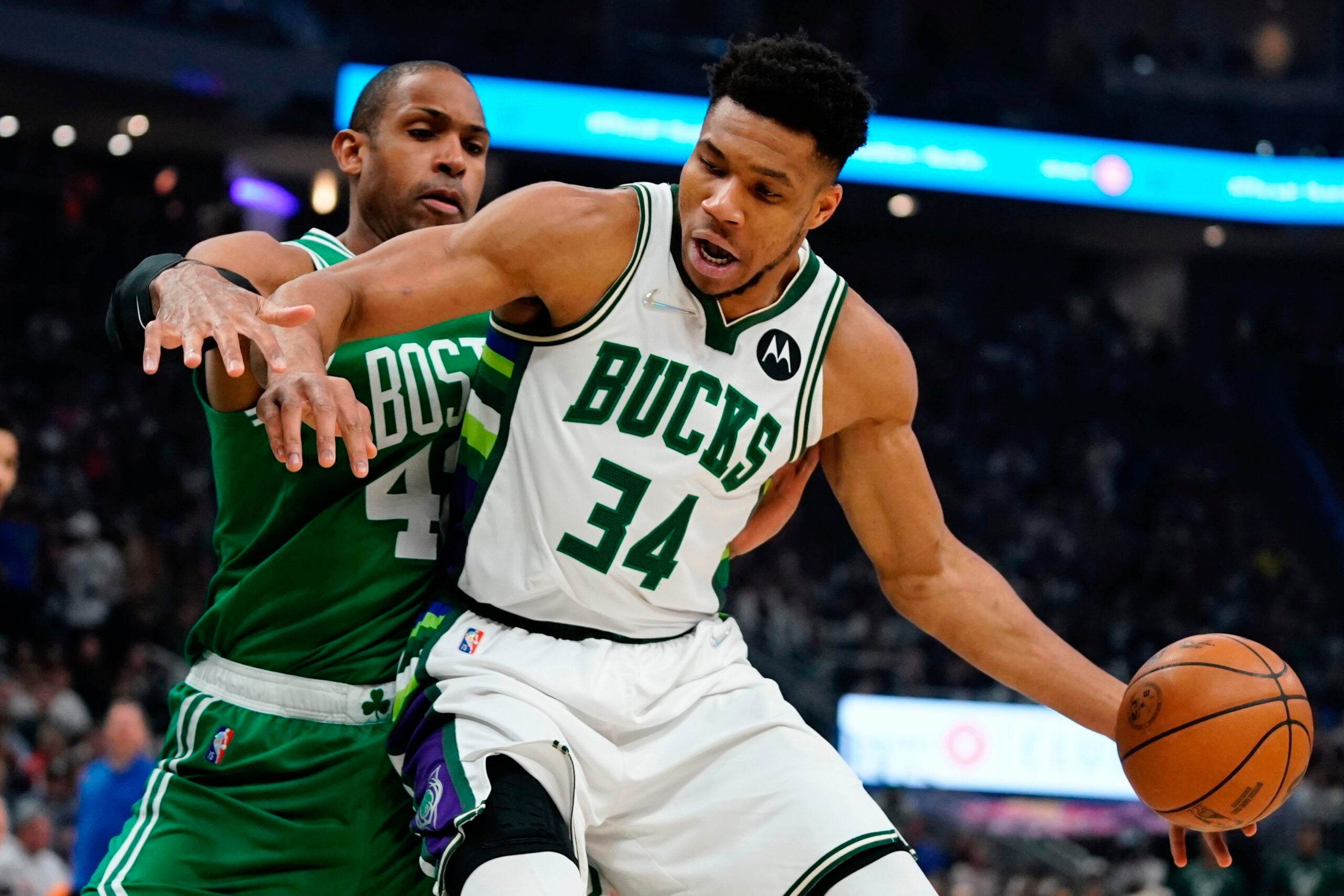 MILWAUKEE (AP) — Giannis Antetokounmpo scored 42 points and made the go-ahead basket with 44.3 seconds left and the Milwaukee Bucks withstood a frantic flurry of shots in the final seconds to beat the Boston Celtics 103-101 on Saturday in Game 3 of the Eastern Conference semifinal.

The defending champion Bucks lead the best-of-7 series 2-1, with Game 4 on Monday night in Milwaukee.

Boston trailed 103-100 when Marcus Smart was fouled by Jrue Holiday just before attempting a potential tying 3-pointer with 4.6 seconds remaining. Smart made the first free throw, then missed the second intentionally — flinging it at the rim.

That’s when things got wild.

Smart got the rebound but missed his putback attempt. Boston’s Robert Williams got that rebound but also missed. Boston’s Al Horford was just to the right of the basket when he converted his putback opportunity, but the shot came just after the buzzer sounded. Replays confirmed Horford didn’t beat the clock.

Antetokounmpo also had 12 rebounds and eight assists. His driving finger roll helped the Bucks pull back ahead after blowing a 14-point lead.

After trailing by 13 with less than 10 minutes left, the Celtics pulled ahead 100-99 and took their first lead since early in their third quarter on Jaylen Brown’s two free throws with 1:49 remaining.

Both teams failed to score on their next possessions before Antetokounmpo put the Bucks back ahead. Antetokounmpo then blocked Brown’s driving layup attempt, leading to Holiday’s basket that made it 103-100 with 11.2 seconds remaining.

Celtics: Robert Williams went to the locker room in the third quarter after taking an elbow to the face from Milwaukee’s Bobby Portis as they tangled under the basket while pursuing the ball. Williams returned later in the third. … Reserve forward Sam Hauser, who had played two minutes in each of the series’ first two games, was unavailable Saturday due to an injured right shoulder. Celtics coach Ime Udoka said Hauser took a fall in practice. “He’ll be OK long-term,” Udoka said. “It’s just something where he could be out a few weeks based on that.”

Bucks: Reserve guard George Hill played for the first time this postseason after recovering from a strained abdominal muscle. … Grayson Allen made his first career playoff start Saturday as part of a lineup change after the Bucks posted their lowest point total of the season in a 109-86 Game 2 loss. Portis moved into a bench role.