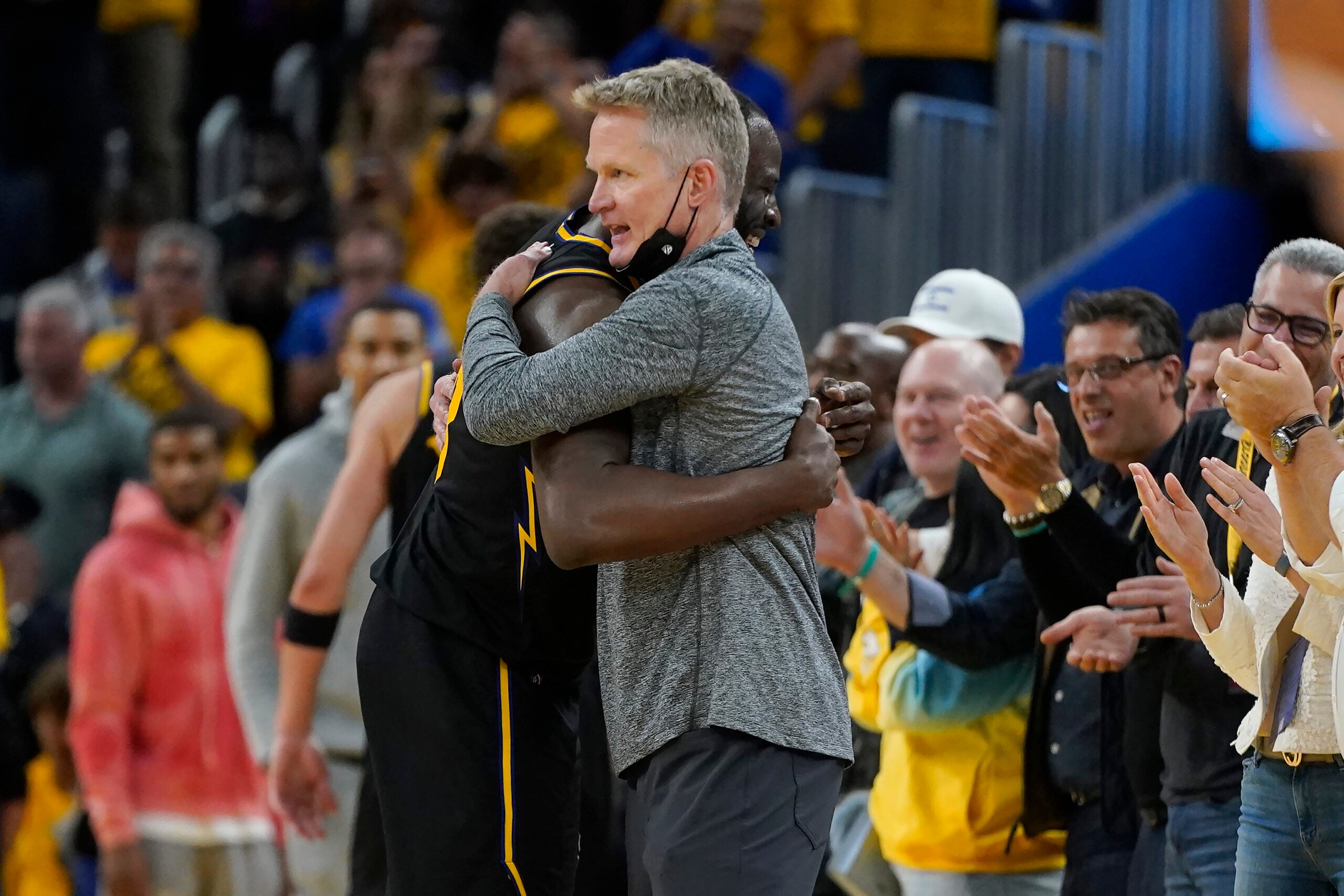 In an appearance on the Point Forward podcast, Kerr said Celtics fans “crossed the line” by chanting things like “F— you, Draymond” at his star forward, noting that Green’s son D.J. was in the crowd.

“Like D.J., five years old, sweet kid, like the nicest kid … this sweet and innocent little guy and he’s got to sit there and watch as his dad gets cussed out by 20,000 drunk fans,” Kerr said, as transcribed by Heavy.com. “People don’t think of it in those terms when you’re watching from the outside. I do think it rattled Draymond a little bit because that’s pretty extreme.”

Kerr added his own suggestion for Celtics fans going forward.

“I’m all for booing guys, cheering for your own team,” Kerr said. “The appropriate cheer — if you want to go down that path — is ‘so-and-so sucks, so-and-so sucks.’”

Warriors players and coaches are well within their rights to complain on behalf of their teammate, but the NBA’s business model caters to the 20,000 chanting fans — not to players and their families (for better or worse). This is not a fight the Warriors are likely to win.

“I want fans to enjoy themselves,” NBA commissioner Adam Silver told WCVB shortly after the chants began. “Of course, as the league office, you want to see it done with respect for all the participants. But I get it. I love the energy Boston fans bring to the game.”