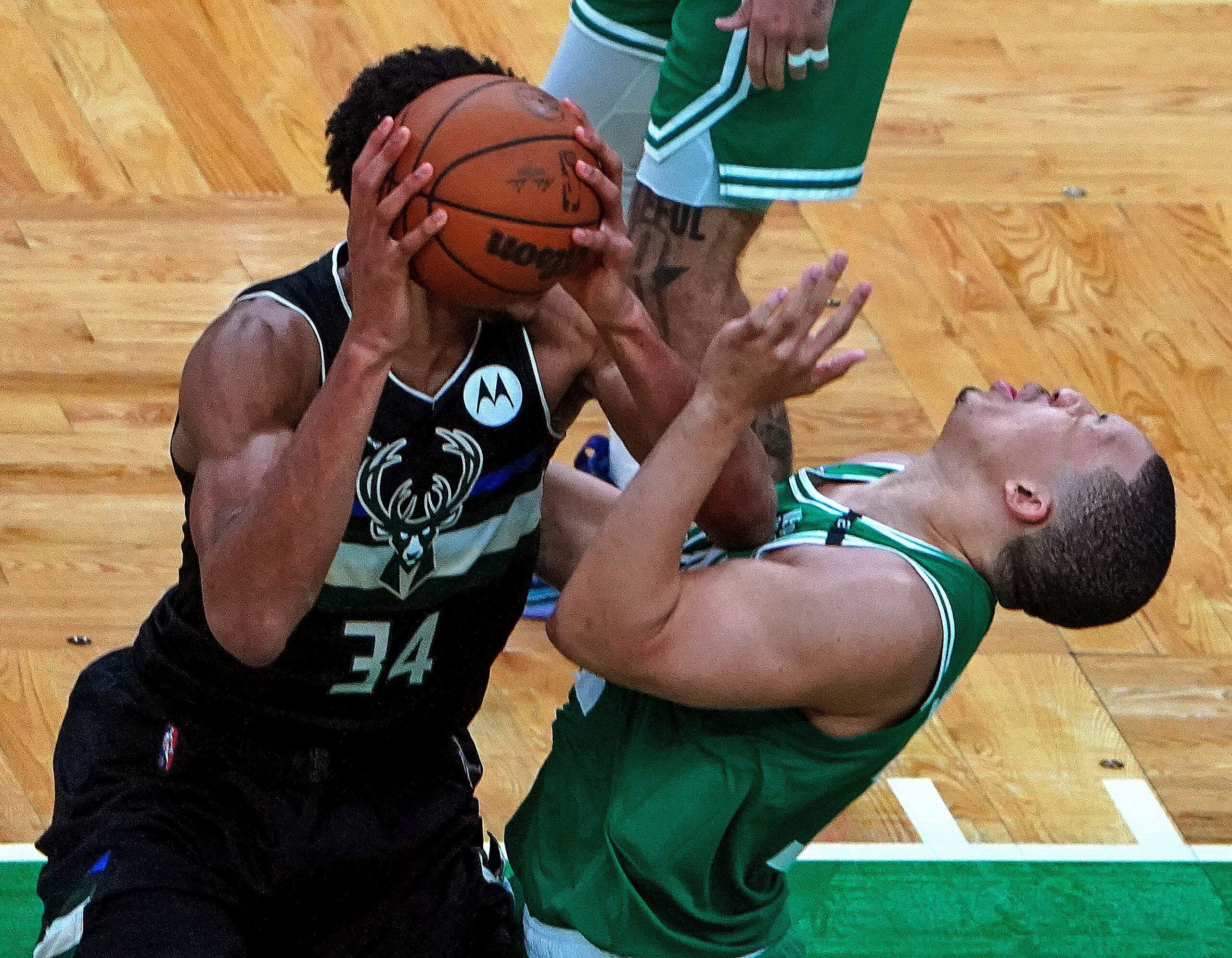 In a way that’s entirely endearing, Grant Williams sometimes comes across like he’s pretty sure he’s one of the Celtics’ stars.

He chimes in with instructions in the huddle. He nicknames himself Batman, a hilarious semi-serious transgression of ego that turned his teammates into a bunch of jokers at his expense. And when he’s really feeling good, he has no qualms about teeing up 3-pointers like an honorary East Coast Splash Brother.

Among NBA fans who are still learning about the particulars of the Celtics’ second-half transformation this season into an authentic championship contender, Williams probably wouldn’t be one of the first six or seven players they would identify as important to the turnaround. He probably wouldn’t even be the first Williams, with Rob Williams pogoing his way into national consciousness this season.

But Celtics fans like the crew at TD Garden Tuesday night wearing orange shirts that spelled out GRANT in black lettering know, and they’ve known for a couple of months now. Grant Williams’s charming, goofy confidence also happens to be wholly rational.

On most nights, he’s a superb role player, a character actor on a 2021-22 Celtics team that keeps hinting that the movie of their season might just have a Hollywood ending.

And on other nights … well, on other nights, let’s just say Williams knows how to steal the spotlight, and more than a few scenes, with what can look an awful lot like a star turn.

There’s no other way to say it without understating it: Williams was a star of the Celtics’ 109-86 wire-to-wire victory over the Milwaukee Bucks Tuesday night, which evened these two tough, similar teams’ Eastern Conference semifinals series at a game apiece.

Jaylen Brown, coming off an abysmal performance (four field goals, seven turnovers) in the Celtics’ Game 1 loss, was a man on a mission Tuesday night, scoring 17 points in the first quarter and 25 of his final total of 30 in the first half. Jayson Tatum finished with 29 points, with many of his buckets, including a shot-clock-beating 3-pointer with a little more than four minutes left, coming down the stretch.

And their third-leading scorer? Williams, of course, who drilled six 3-pointers on nine attempts en route to a career-high 21 points. He was right in the middle of the Celtics’ offensive onslaught to start the game, hitting a 3 to put them up 15-3 with 6½ minutes left in the first quarter, then drilled another two minutes later to build the lead to 23-8.

As stellar as his offensive performance was, Williams’s most impressive contribution undeniably came on the defensive end.

Pretty much the only surefire way to stop Bucks superstar Giannis Antetokounmpo would be to construct a Green Monster-sized wall in front of the basket. Since the Bull Gang at the Garden probably wouldn’t sign off on such a strategy, Ime Udoka and the Celtics’ coaching staff had to concoct a conventional way of containing Antetokounmpo, the best player in the world and a competitor admirable in his relentlessness.

Tuesday night, that plan included a strong dose of Williams, emphasis on strong. Williams is listed at 6 feet 6 inches, which is at least 5 inches shorter than Antetokounmpo, but per basketball-reference.com he’s only 6 pounds lighter (236 to Giannis’s 242). Williams’s strength and ability to withstand Antetokounmpo’s thundering attacks on the hoop was central to the Celtics’ defensive plan, which also included the usual sturdy contributions of Al Horford.

“[Grant’s contributions on Giannis are] huge,” said Udoka. “We talked about guarding him a little bit [better]. We feel like we have the defensive guys to do it. Obviously he came out extra aggressive in the second half, but he scored 28 on 27 shots. We were defending well initially, and Grant’s a big part of that.

“His versatility, he’s like a mini Al out there. We ask him to do the same things.”

Williams bumped and pestered Antetokounmpo into missing his first six shots as the Celtics seized that early big lead. By halftime, Giannis was just 2 for 12 from the field, for 5 points. It was hardly a surprise when he awakened in the second half, scoring 23 points, including the Bucks’ first 8 of the third quarter as they scrambled to make a game of it — he’s such a special player that you have to assume the onslaught of points is coming at some point.

But Williams, just as he did against the Nets’ Kevin Durant in the first round, continued making Antetokounmpo earn every inch of space on the parquet, even as Giannis treated him like his own personal crash-test dummy. The most egregious collision occurred with a little less than six minutes to play in the third quarter, when Antetokounmpo was called for an offensive foul after inadvertently elbowing Williams in the jaw.

The Celtics, of course, were playing without the current Defensive Player of the Year, Marcus Smart, who was out with a quadriceps contusion. Yet in Smart’s absence, the Celtics held the Bucks to 86 points and didn’t allowed the defending champions to create much suspense.

From the opening tip to the final buzzer, Grant Williams was a major reason for that. Yeah, he’s usually a role player. Tuesday night, that role just happened to be a starring one.