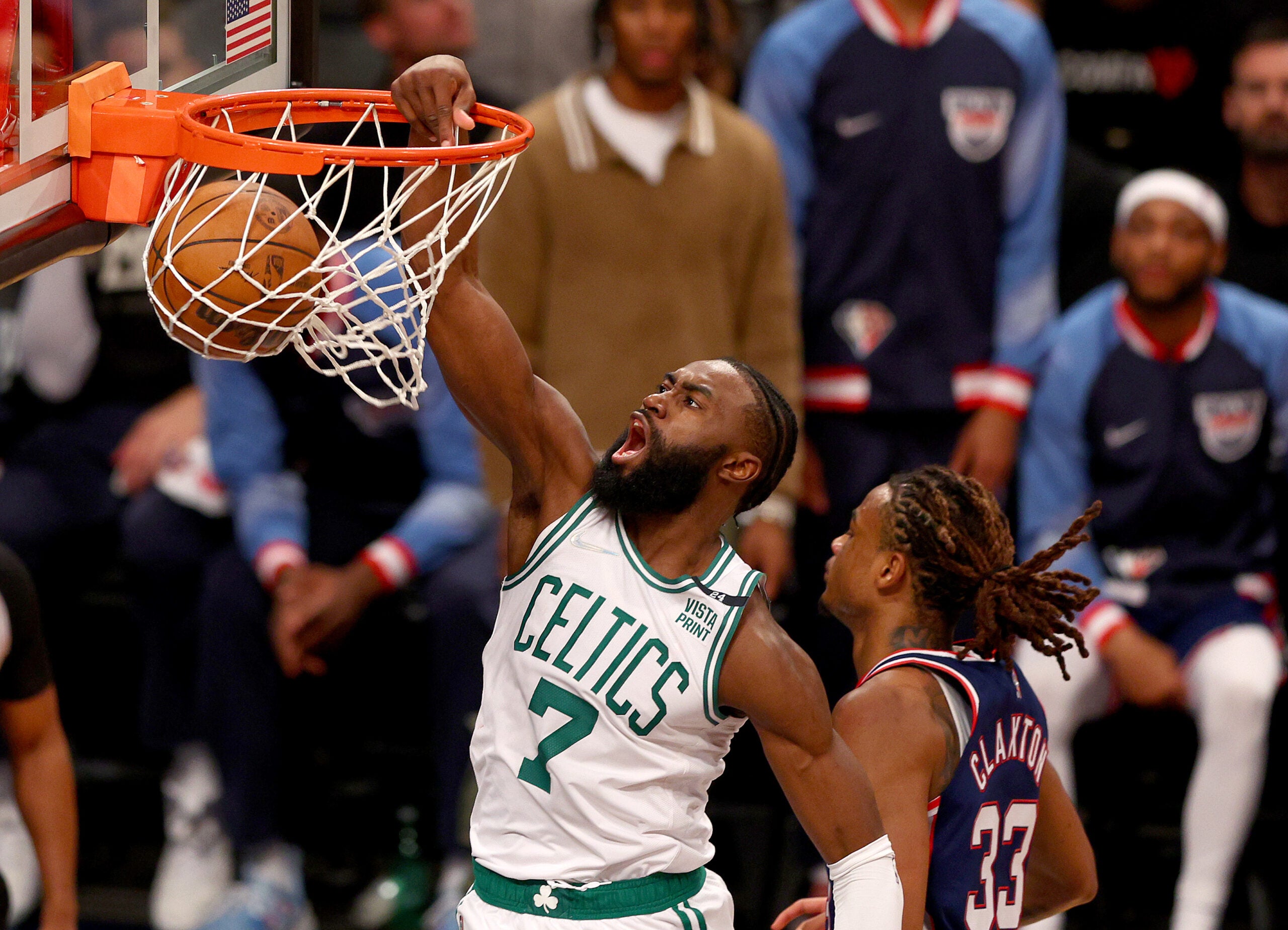 As the Celtics prepare for the Bucks in the second round of the NBA playoffs — the series begins with Sunday’s Game 1 at 1 p.m. — the team is keeping an eye on two of its impact players.

During a recent interview on 98.5 The Sports Hub’s “Toucher & Rich,” Celtics president of basketball operations Brad Stevens was asked if he had “any concern” about Jaylen Brown going into the second round of the playoffs. Following Boston’s series sweep of the Nets on Monday, Brown acknowledged that he “had some hamstring problems going into the second half.”

“Yeah, I mean there’s some concern,” Stevens admitted. “He was definitely tight even the next day, so we’re going to tread lightly this week as we have a couple of days off, and then see how he’s doing. But it’s certainly something that we’re going to be all over, and hamstrings are nothing to play around with. He certainly felt it a little bit the next day.”

Brown missed several games in the first half of the regular season due to hamstring issues.

Robert Williams, who recently returned after missing a month following surgery on a torn meniscus in his left knee, could begin to see an increase in his minutes, according to Stevens.

Williams returned in Games 3 and 4 against the Nets on a limited basis.

“I thought he looked rusty ironically more in the second game than the first game,” Stevens said of Williams. “But that’s one of the reasons why when he was cleared to play — instead of doing another week of practices where you’re going and building up to playing 24-28 minutes against the back-end of our roster and a couple coaches sprinkled in — it’s better to just get playoff reps in limited time.

“He looked good, it’s just a matter of knocking the rust off, and I think that’s easier to do in short stints,” Stevens added. “You’re not getting your normal rhythm in a game, you’re not getting your normal feel in a game, but you’re getting a taste of playoff basketball. So he should be able — after this week and a few practices, having even that brief experience — to really up his minutes here moving forward.”