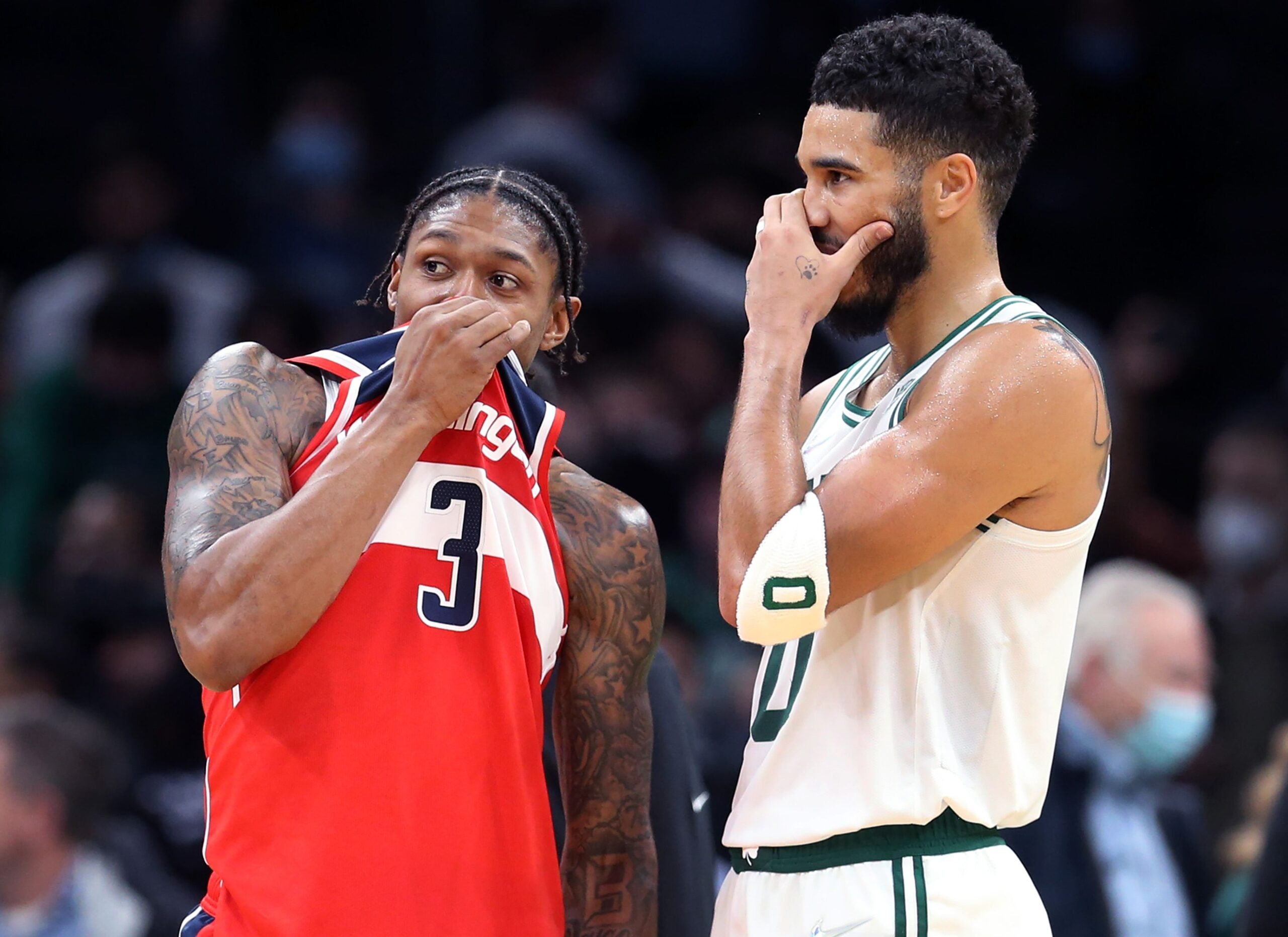 Several NBA stars have been speculated to be on the move this summer. Wizards guard Bradley Beal is one of them.

Beal has a $36.4 million player option for the 2022-23 season that he could decline to become a free agent. If he does do that, the Celtics might be a top candidate to get the three-time All-Star.

The Celtics have been speculated as a potential landing spot, either via trade or free agency, for a while. Beal grew up in St. Louis with Celtics star Jayson Tatum, with the elder Beal driving the younger Tatum to school among sharing several other moments as kids. Tatum sparked Beal-to-the-Celtics rumors last summer when he commented with a green shamrock emoji on an Instagram post that was about Beal potentially leaving Washington.

Boston’s path to acquiring Beal would be difficult. The Celtics are already well above the salary cap for next season, so they can only acquire Beal either through a sign-and-trade or Beal would have to opt-in to the final year of his contract to help facilitate a trade.

In both scenarios, the Celtics would have to likely part with multiple key contributors from their team that reached the NBA Finals this past season to help make salaries match. While they might not have to give up Jaylen Brown, which many analysts speculated the Celtics would have to do to get Beal in a trade a year ago, they would probably have to part ways with two of Marcus Smart, Robert Williams Derrick White, or Al Horford. A sign-and-trade would also put Boston in a tricky spot as teams that acquire a player via sign-and-trade must operate under a hard cap for the following season.

“A lot. A lot. You know I can’t give you names,” Beal said when asked which players have recruited him.

The Wizards are currently the clear favorites to land (or in this case, keep) Beal for next season, likely for a pair of reasons. Washington can offer Beal a five-year, $246 million deal while other teams can only offer Beal a four-year, $184 million deal. Beal also indicated in March that he leaning toward staying in Washington rather than leaving for another team.