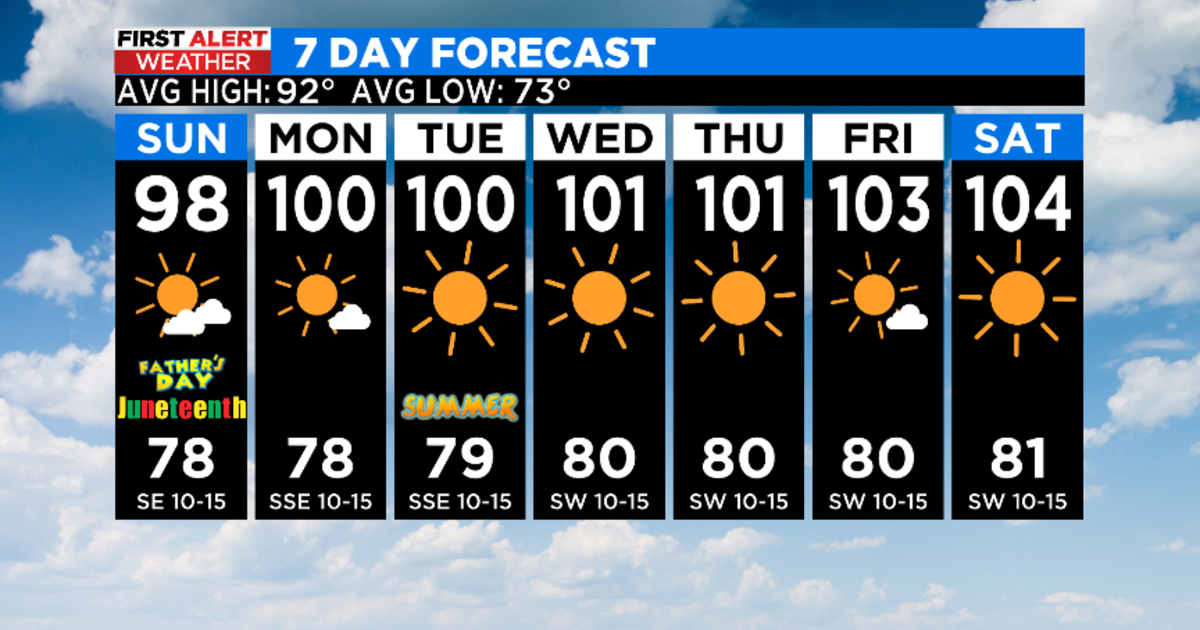 NORTH TEXAS (CBSDFW.COM) — Here’s what we’re tracking for Sunday and the next few days:

It’s going to be another hot one for us Sunday — Father’s Day and Juneteenth. High temperatures will be in the upper 90s by afternoon. Sunday is also another Ozone Action Day. But here’s the deal…

We could, in fact, see a few isolated showers and storms by Sunday afternoon. Rain chances are around 20%.

Much like Friday and Saturday, we’re not talking about a washout. However, any storm that develops could produce brief heavy rain and gusty winds.  We’ll watch it.

Next week, the heat is on in a huge way!

High temperatures will soar into the lower 100s.  It will likely feel like 105 or higher, which means we’ll likely have another round of heat advisories and excessive heat warnings for North Texas.  The average high temp is around 92 at DFW right now.  So, we’ll be well above average.

Next week will also be mainly dry and sunny. Tuesday is the first day of summer (The Summer Solstice).