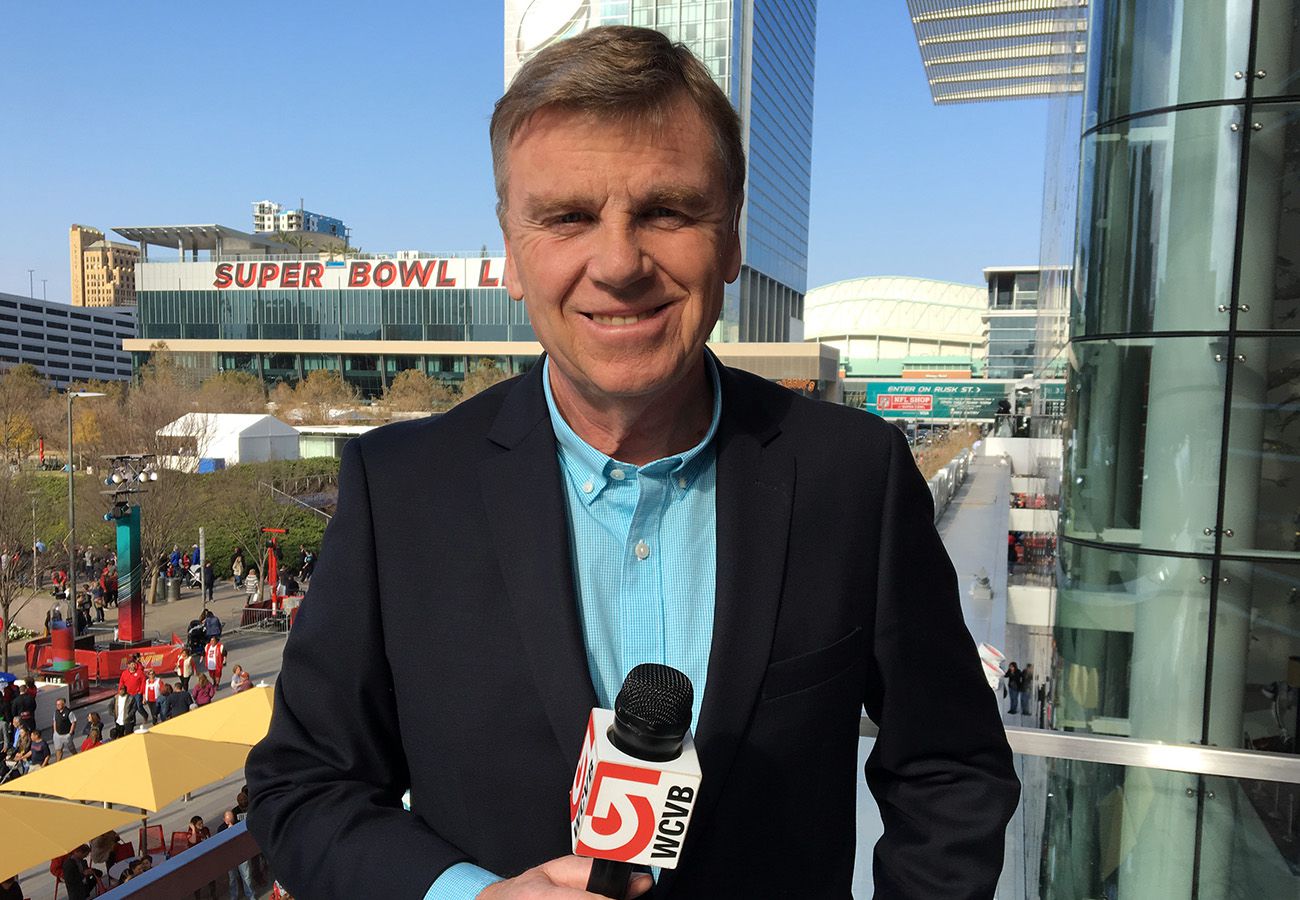 Longtime Channel 5 sports anchor Mike Lynch suffered a stroke Tuesday night while out for a walk with his wife, Mary Ellen, near their Winchester home. He is expected to make a full recovery.

Lynch, who was diagnosed with high blood pressure approximately six months ago, according to his wife, suffered bleeding on the left side of his brain, which affects the right side of the body.

He is at Massachusetts General Hospital but will be transferred to Spaulding Rehabilitation Hospital as soon as possible, where he is expected to have 3 or 4 weeks of intensive rehabilitation.

The 68-year-old Lynch, who is listed as a sports correspondent for Channel 5 after retiring from his full-time weeknight anchor role in August 2019, remains a popular figure among Boston sports fans who know him as the always affable “Lynchie.”

Doctors do not expect any lasting effects from the episode, Lynch’s wife said. Time is of the essence with a stroke, and he was fortunate that Mary Ellen was nearby when he collapsed.

“He wanted to get a little exercise just before the Celtics game,” Mary Ellen Lynch said in a telephone conversation Saturday morning. “I don’t know why at that time, but that’s what he wanted to do.”

Lynch started out on the walk before Mary Ellen. She went out to meet him, walking in the opposite direction around a neighborhood loop.

“We have a little incline on the street,” she said, “and as he was walking up it, his right arm was all of a sudden kind of hanging. He said, ‘I feel like [expletive],’ and he started to move his right leg, stepped forward, and fell.”

Lynch’s wife pulled him to the side of the road and ran down the hill to get their car. But she could not lift Lynch, a Swampscott sports legend and former baseball and basketball star at Harvard, into the vehicle. She called their daughter, Kelly, who quickly came and aided her mother.

“We got him in the car and I said, ‘The heck with this, I’m driving to Mass General,’ ” Mary Ellen Lynch said.

Lynch was given a CAT scan shortly after arrival. The brain bleed had stopped. Another CAT scan the next morning revealed that nothing had changed, which was welcome news.

While Lynch awaits the move to Spaulding to begin rehab, he has made noticeable progress already, his wife said.

“His speech has gotten clearer,” said Mary Ellen. “I could understand him better today. He said, ‘Oh, I think I’ve gone backwards.’ He hasn’t, but that he feels that way is kind of a good sign because I don’t think he knew what planet it was on at first, so now he’s realizing the position that he’s in.

“I was kind of relieved to see that he was frustrated,” she added. “He’s so ‘Charles in Charge’ that something like this is not up his alley.”

Lynch’s wife said his primary care physician expects him to make 100 percent recovery once the blood on the brain dissipates, “and I don’t think they say something like that lightly,” she said, “I don’t think they would give false hope.” She was told that the episode won’t recur if he keeps his blood pressure under control.

“It’s crazy, I keep thinking about this,” she said. “He was the one that wanted to go for the walk. I was upstairs doing something, the Celtics were just starting, it was getting late, and I thought, ‘I don’t know, I’m not real comfortable about this.’

“But I decided to go meet him. I’m not sure why I did, I don’t know, no clue. And then he fell. Maybe it was the mother’s instinct in me or something. It’s just so strange. It’s still shocking.”