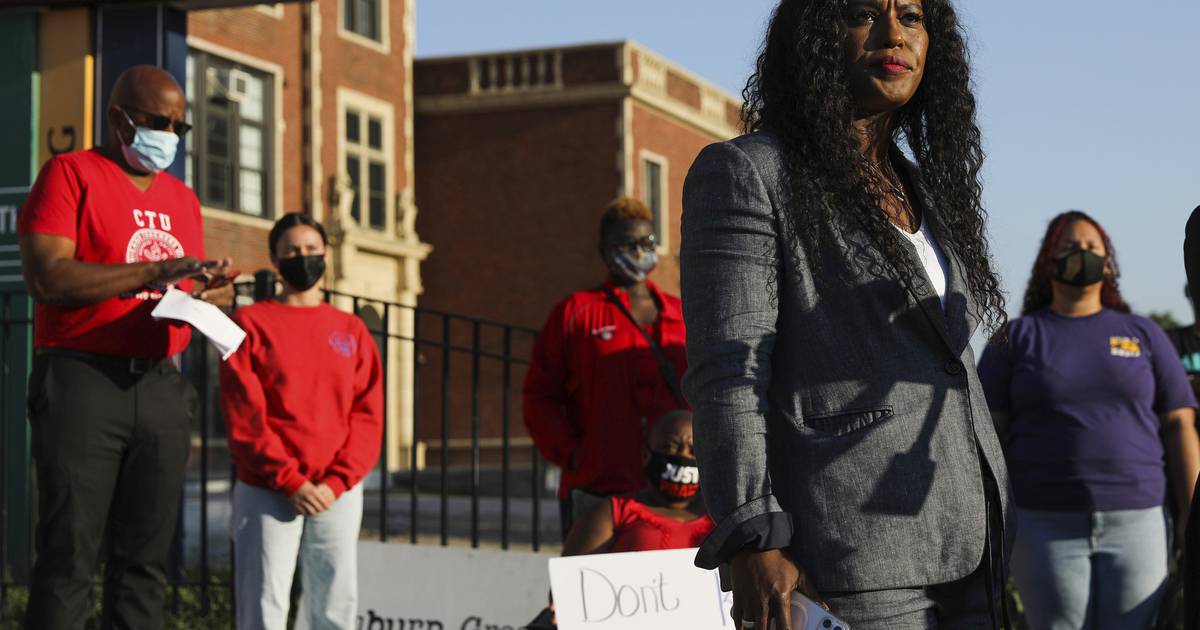 Friday’s election results show the strength of Davis Gates’ Caucus of Rank-and-File Educators, which has been criticized in recent months for mishandling the union’s response to the winter surge in COVID-19 cases and not being transparent enough about union finances.

CORE won by gaining the support of 56% of union members who voted — avoiding a potential June runoff by nabbing an outright majority. The challenging slates of Members First and REAL garnered 27% and 17% of the vote, respectively, according to results announced by CTU early Saturday morning.

The race was unusually vicious. Members seemed more divided than ever following the union’s move to refuse in-person work during the January omicron surge and the decision to return to classrooms days later after inking a COVID-19 safety agreement that union leaders say Chicago Public Schools has not upheld.

The REAL Caucus was formed out of discontent with January’s work stoppage. Members First, meanwhile, was created years ago by members calling for more transparency in union activity. Led Sharkey, CORE easily defeated Members First in the last election, in 2019, with about two-thirds of the vote.

Sharkey announced in February he will step down when his term is up at the end of June. He threw his support behind Davis Gates, a former high school history teacher and CTU political director. Davis Gates has been a vocal proponent of more COVID-19 safety measures, more protections for CPS’ most vulnerable students and more mental health resources for all students as the pandemic continues.

Davis Gates now stands to lead one of Chicago’s most powerful unions through negotiations of a new contract; the transition to an elected school board and a relentless pandemic. The last contract negotiation resulted in a two-week strike by the union in 2019.

Officers are set to begin their three-year term on July 1. The union also voted in Jackson Potter as vice president, Maria Moreno as financial secretary and and Christel Williams-Hayes as recording secretary, all CORE slate members. They will serve three-year terms.

The CORE slate rose to power in 2010 with the late Karen Lewis as president. Under CORE’s leadership, the union also went on strike in 2012.

CTU’s already-strained relations with Mayor Lori Lightfoot — whose opponent the union supported before her 2019 election — worsened during the pandemic, with the union twice refusing to teach in-person classes as it fought for more safety protections for staff and students.