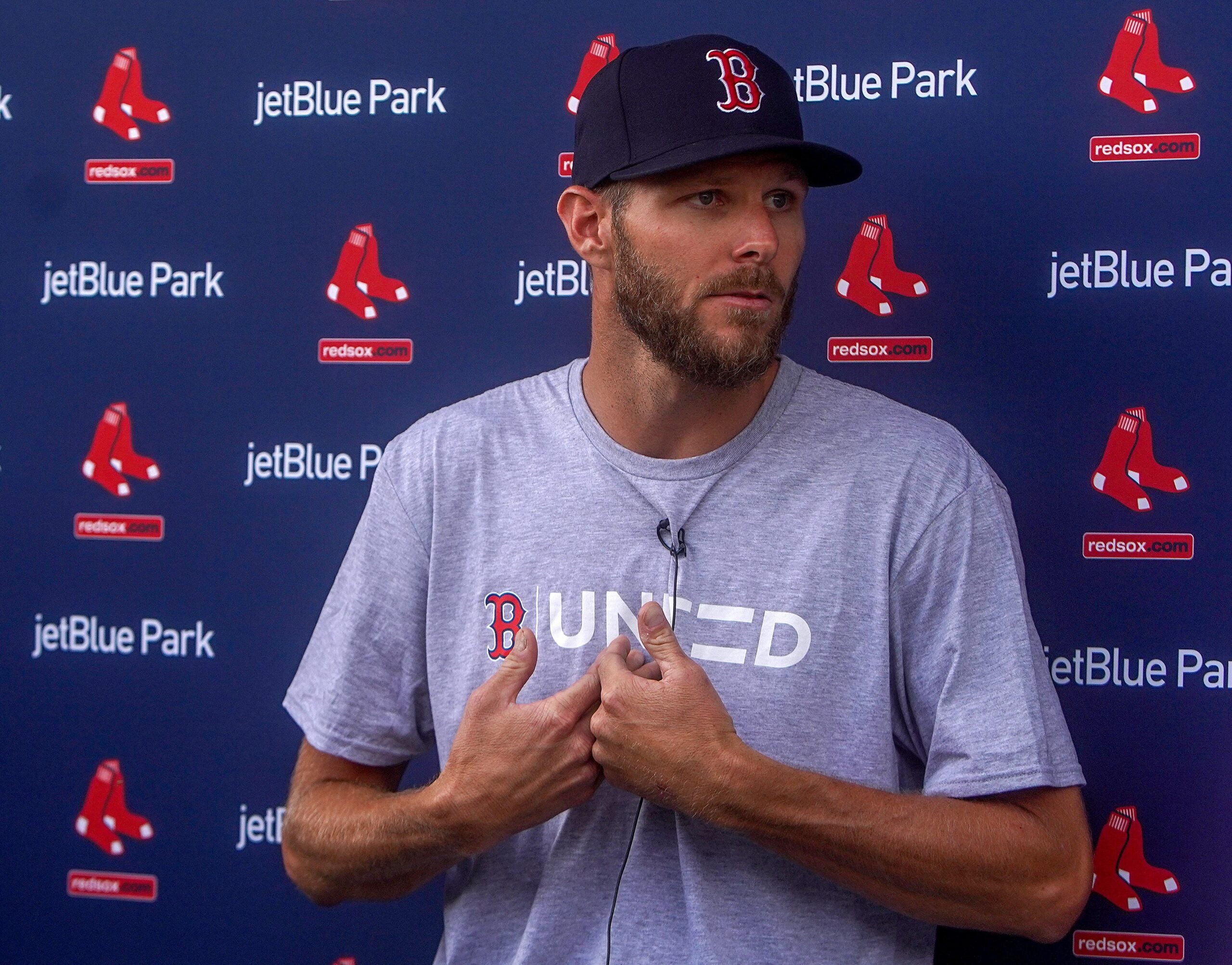 Chris Sale’s already-delayed start to the 2022 season will be pushed back even more.

The Red Sox’ top southpaw, who was placed on the 60-day injured list prior to Opening Day due to a rib injury, suffered a non-medical setback while rehabbing his injury. Red Sox chief baseball officer Chaim Bloom didn’t specify what the issue was, but it will move Sale’s timeline to return a few weeks behind.

“He’s had a small personal medical issue. It’s not orthopedic. It’s not COVID-related — that paused his throwing for a while,” Bloom told reporters prior to Saturday’s Red Sox-White Sox game at Fenway Park. “And we want to respect the privacy of that. It’s not baseball-related. He should be back throwing in a matter of days. But it’s obviously slowing him down.”

Prior to the most recent setback, the earliest date Sale was able to return was June 6 because he was placed on the 60-day injured list prior to Opening Day.

“We haven’t mapped it out yet but I think roughly speaking, we were hoping to have him back around when he was eligible,” Bloom said. “I think we’re probably talking a few weeks beyond that.”

Sale isn’t the only Red Sox starting pitcher who has yet to play this season. James Paxton, who signed with Boston during the offseason, has yet to play as he continues to rehab after having Tommy John surgery.

Paxton’s goal entering the season was to try to return prior to the All-Star break. That could be in jeopardy as he’s dealing with discomfort in his elbow, Bloom also shared on Saturday. The recent development caused Paxton to pause his throwing, though the Red Sox expect him to resume soon.

Despite the absences of Sale and Paxton, Boston’s starting rotation has held its own to start the year. It ranks fourth in the American League in ERA (3.30), with Nathan Eovaldi and Michael Wacha each having strong starts to the season.