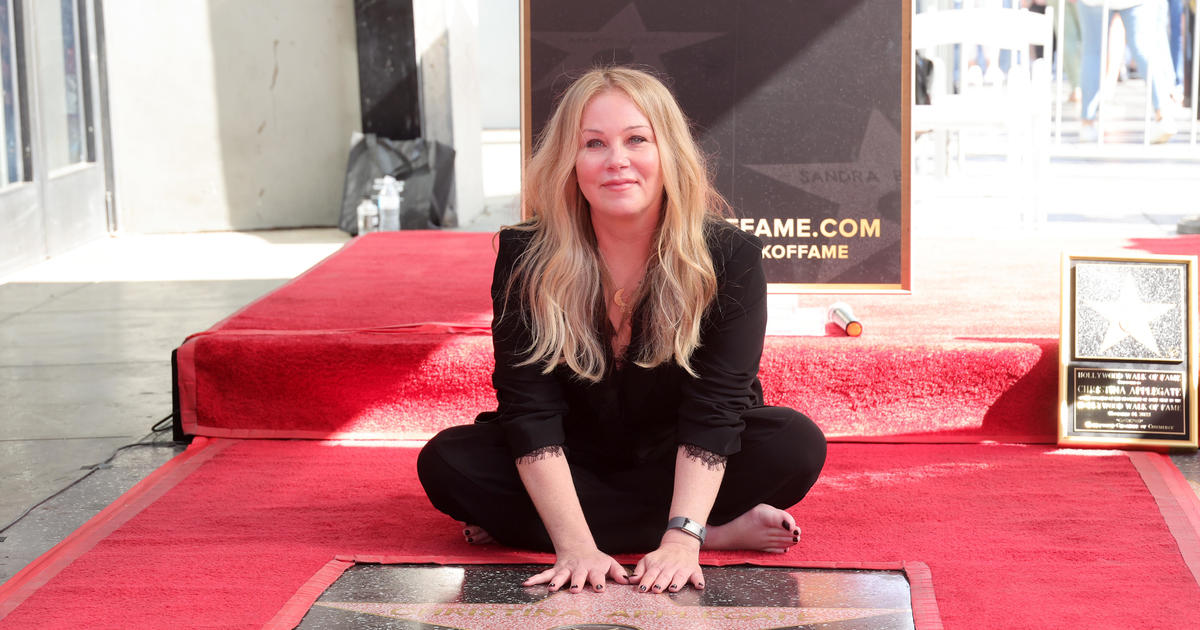 Walking barefoot along Hollywood’s iconic Walk of Fame on Monday, award-winning actor Christina Applegate was beaming as she accepted her own mark among the stars. It was Applegate’s first public appearance in more than a year, since she disclosed in August 2021 that she had been diagnosed with multiple sclerosis.

“This day means more to me than you could possibly imagine,” she said as she accepted her star decades after she got her start in the industry.

The actor, who will be 51 on November 25, has starred in dozens of productions, landing her first iconic role as Kelly Bundy in “Married… with Children” in 1987. She went on to star in “Don’t Tell Mom the Babysitter’s Dead,” “Anchorman,” “Samantha Who?” and most recently, “Dead to Me.”

Then in 2021, she said that she had been diagnosed with MS, a disease that attacks the central nervous system. Fellow actor Selma Blair has also been diagnosed with the disease, which can cause communication issues and pain, as well as cause people to lose their ability to see and walk, among other symptoms.

Speaking at the ceremony welcoming her to the Hollywood Star Walk of Fame on Monday, Applegate got emotional as she spoke abut the significant role her friends and family have played in her journey with MS.

“I don’t say that I have friends, I have family. These people take care of me. They take care of me every day of my life and without them, I don’t know what I would do,” she said, before addressing “the most important person in this world” – her 11-year-old daughter Sadie Grace LeNoble.

“You so much more than even you know. You are so beautiful and kind and loving and smart and interesting and I am blessed every day that I get to wake up and take you to your school,” she said to her daughter. “You are my everything. Thank you for standing beside me through all of this.”

In between the tears, she turned to the cameras and said, “Oh by the way, I have a disease, did you not notice? I’m not even wearing shoes.”

Applegate tweeted a photo from the event of her standing barefoot on her star, explaining her reasoning for doing so.

“For some with MS, the feeling of shoes may hurt or make us feel off balance,” she said. “So today I was me. Barefoot.”

Many of her closest co-stars attended the event, including “Dead to Me” partner Linda Cardellini and “Married… with Children” co-stars Katey Sagal, who portrayed her mother Peggy Bundy, and David Faustino who played her brother, Bud Bundy.