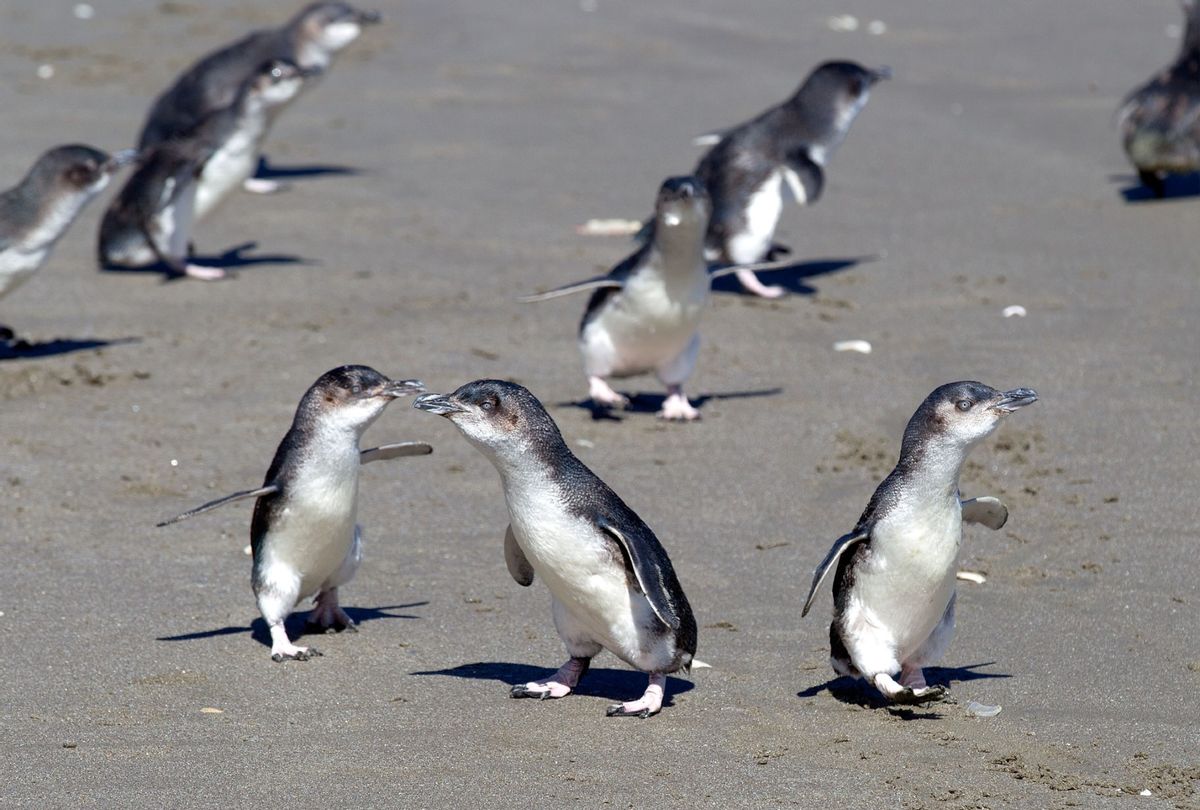 With a vast portion of the U.S. experiencing record high heat indexes, climate change is taking a toll on many other parts of the world as well, with a deadly impact on humans and animals alike.

Graeme Taylor, principal science adviser at the New Zealand Department of Conservation, recently spoke to NBC News about recent “mass die-offs” of the flightless little blue penguin, which is native to that area. According to Taylor, hundreds of the birds have washed up dead on New Zealand beaches since May.

“All the birds were at least half the normal weight, they had no fat on them at all and their muscle tissue had wasted away,” Taylor said. Tests were performed on the birds to rule out disease and biotoxins, and it was determined that the birds died from starvation.

While it’s not unusual for animals like the little blue penguin to die from severe weather, the fact that they’re now dying this frequently, and in this high of number, is what’s alarming. Taylor points out that mass deaths of this size usually happen around once a decade, not three times in six years.

“Rising temperatures lower many species survival rates due to changes that lead to less food, less successful reproduction, and interfering with the environment for native wildlife,” according to the National Park Service. “Increased precipitation from climate change is contributing to more frequent and extreme weather events such as flooding. The higher frequency of flooding has detrimental effects on wildlife because they can destroy key pieces of ecosystems and habitats.”

The U.S. has witnessed similar “mass die-offs” in recent months. Earlier this week it was reported that thousands of cattle died from extreme heat stress in feedlots in southwestern Kansas, according to CBS News.

“This was a true weather event — it was isolated to a specific region in southwestern Kansas,” said A.J. Tarpoff, a cattle veterinarian with Kansas State University. “Yes, temperatures rose, but the more important reason why it was injurious was that we had a huge spike in humidity … and at the same time wind speeds actually dropped substantially, which is rare for western Kansas.”

Morgan Tingley, an associate professor of ecology and evolutionary biology at the University of California Los Angeles gave insight to these deaths telling ABC News that species usually adapt to severe weather in one of three ways: “They shift their distribution, change spaces or move from one place to another when the region gets too hot (either to a cooler region to higher altitudes)”

“Climate change is like this global killer,” Maria Paniw, an ecologist at the Doñana Biological Station told ABC News. “In effect, it often makes all the other risks that animals face much worse.”