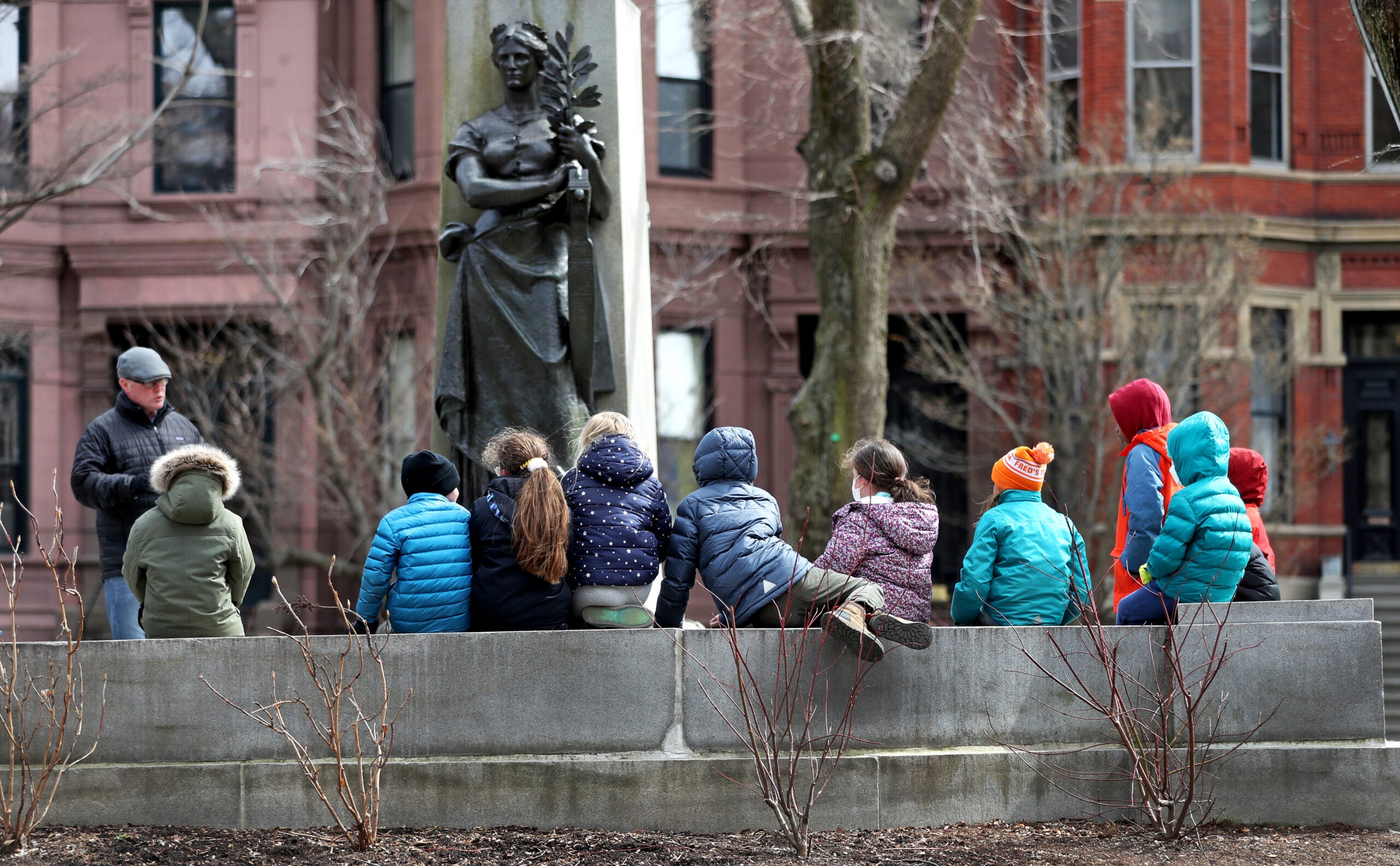 Over the past few weeks, temperatures have been way above seasonal normals, with the first 12 days of November among some of the warmest on record.

The six days many of us experienced in the 70s tied a record, and the high humidity on Saturday had never been seen this late in the season. Sunday was a transitional day with a much cooler air mass, some showers, and a lot of clouds.

Now, for the rest of November, it’s back to reality.

Boston still hasn’t gone below freezing, but that is likely to change overnight Monday. Notice the predicted low for the city Tuesday is below 32.

Some of the plants that actually flowered last week will not have any lasting damage. Because we haven’t had any prolonged cold weather, most things aren’t dormant yet and so even the highly unusual warmth won’t create any lasting issues. It’s worth noting that a burst of 60 and 70 degree weather later in January or February followed by extreme cold can cause problems. That’s one of the reasons why the peach crop was damaged back in 2016 when Valentine’s Day brought extreme cold in a relatively mild winter.

So here we are in mid-November with a few weeks left in meteorological autumn and the weather looks quite cold and even below average going forward. A few sunny days will look nice, but temperatures will stay in the 40s which is below average for this time of year.

Then our eyes turn to a coastal storm, otherwise known as a nor’easter, for the middle part of the week. Remember nor’easters are not necessarily snowstorms, they’re just storms that move up the coastline and bring winds. This first November nor’easter may bring enough cold air that inland areas could see some wet snowflakes to start.

The precipitation that arrives during the overnight hours Tuesday and into the morning commute on Wednesday looks quite wet. As you get to the highest elevations of the Berkshires and the Worcester hills there could be some light accumulation before a change to rain. This is not atypical for November, but after all the warmth it’s definitely a bit shocking to the system.

Precipitation will come to an end Wednesday evening and then it’s back to cold and dry weather for the end of the week. It’s a little early to give a definitive forecast for Thanksgiving but presently it doesn’t look very warm. Snow would be unusual, and I think it’s more likely that it’s just seasonally chilly and you’ll have to bundle up for those high school games. November may have arrived late, but it has arrived.