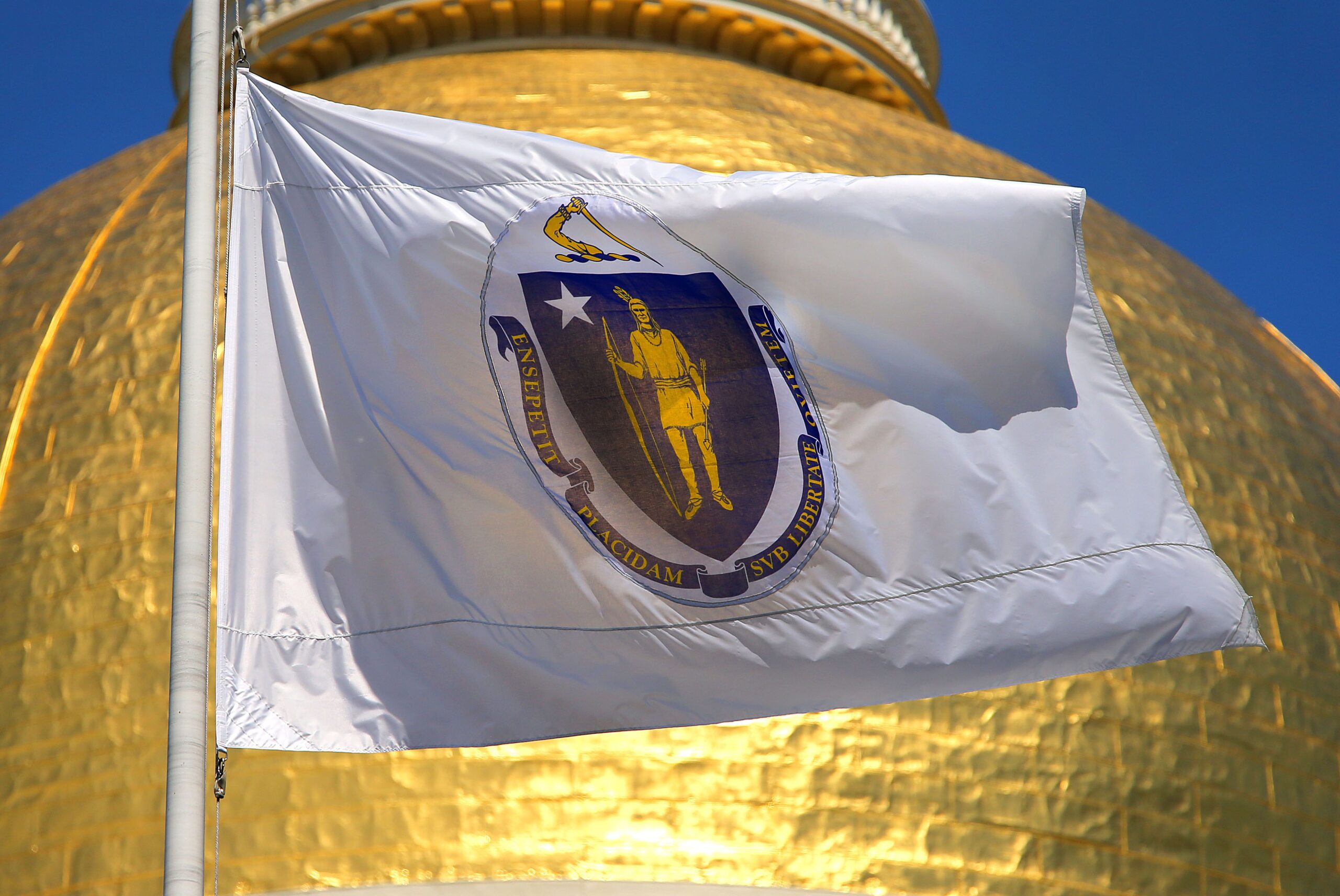 A special commission voted unanimously Tuesday to recommend that Massachusetts move forward with a complete redesign of its state seal and motto.

The current seal design, officially adopted in 1898, features a Native American holding a bow and arrow, while standing beneath a colonist’s arm carrying a broadsword.

Wrapped around the seal is a blue ribbon with the motto “Ense petit placidam sub libertate quietem,” which roughly translates from Latin to, “By the sword we seek peace, but peace under liberty.”

Native American groups and activists have long protested the state seal, but it wasn’t until the 2020-21 legislative session that a bill, S.2848, forming the commission was signed into law.

The 19-member Special Commission Relative to the Seal and Motto of the Commonwealth, which includes Indigenous tribe members as well as representatives for the state commission on Indian affairs, the state historical commission and the state cultural council, among other agencies, met for the first time in July 2021.

Prior to the official vote Tuesday, Cheryl Andrews-Maltais, chairwoman of the Wampanoag Tribe of Gay Head (Aquinnah), said that though she would prefer a brand new seal and motto, she could “live with certain elements, because I’m also a realist,” GBH reported.

“[I understand] that while we, the Indigenous people, are the ones that have been harmed and impacted by the negative imagery, or the interpretation of that imagery… we are a subset of the members, or the citizens, of the Commonwealth of Massachusetts,” Andrews-Maltais said.

Meanwhile, as also reported by GBH, Brig. Gen. Leonid Kondratiuk, historical-services director for the state National Guard, made a note about the state flag’s historical link to military service.

“Seventeen thousand Massachusetts soldiers died under that flag from 1787 to World War I,” he said, according to GBH. “Of course, we all respect that. But as a retired military officer… that is on my mind as we approach Memorial Day.”

The commission also debated whether it should seek public input before or after drafting a few designs. Though no official vote took place, members appeared to support seeking public input from the get-go, according to WGBH.

The commission voted in April to request that the state Legislature push out the deadline for their work from Dec. 31, 2022 to March 31, 2023. The Legislature has not yet moved on this request.

If approved, this would mark the commission’s third extension on this work, as the original deadline was Oct. 1, 2021.