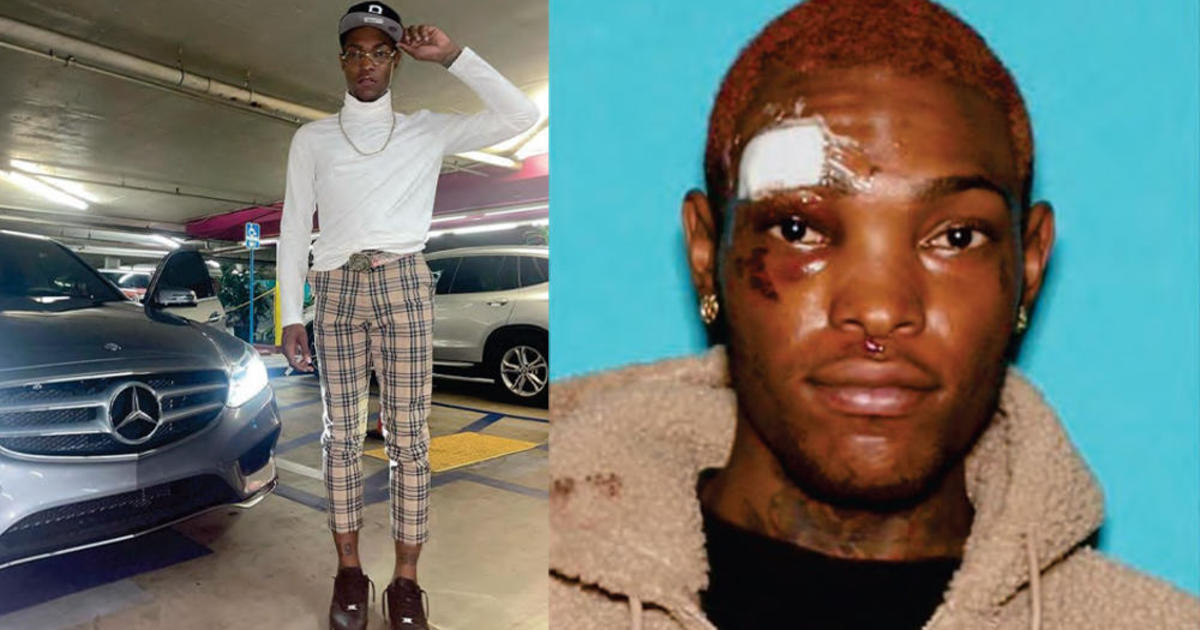 A Compton man faces charges of targeting and robbing at least 21 gay men he met on Grindr, according to federal prosecutors.

Derrick Patterson, 22, was arrested Monday by the FBI and charged in a federal criminal complaint that alleged he targeted his victims using Grindr between November 2019 and March 2022.

Prosecutors say Patterson met his victims in their homes or in hotel rooms, then pulled weapons, usually a knife or a taser gun, on them to demand money or their cell phones. On some occasions, prosecutors say he physically assaulted the victims — in one October 2020 robbery, Patterson allegedly stabbed the victim in the chest. The victim survived and was able to positively identify Patterson in a photo line-up, according to federal officials.

In another robbery, prosecutors allege Patterson met one victim at a hotel in Century Boulevard and took his phone and tried to access Apple Pay as they engaged in consensual sexual activity. When the victim refused and demanded his phone back, Patterson allegedly pulled out a taser and threatened him. The victim was able to escape, but when he returned to the hotel room, Patterson had taken off with his wallet and his belongings had been ransacked.

According to prosecutors, Patterson would leave with his victims’ wallets and later withdraw money from their bank accounts or use their credit cards and other accounts for his own expenses.

The last robbery happened on March 26 at a hotel on Sunset Boulevard in Beverly Hills, when Patterson allegedly threatened to shoot the victim as he took his cell phone and ordered him to divulge its four-digit passcode. According to the criminal complaint, Patterson later tried to use the phone to access Apple Pay, make Arvest and Zelle transfers, and buy a $500 DoorDash gift card.

If convicted as charged, Patterson faces a statutory maximum sentence of 20 years in federal prison.

The investigation into the case is continuing, and anyone who believes they may also have been a victim or targeted can contact the FBI’s Los Angeles Field Office at (310) 477-6565.