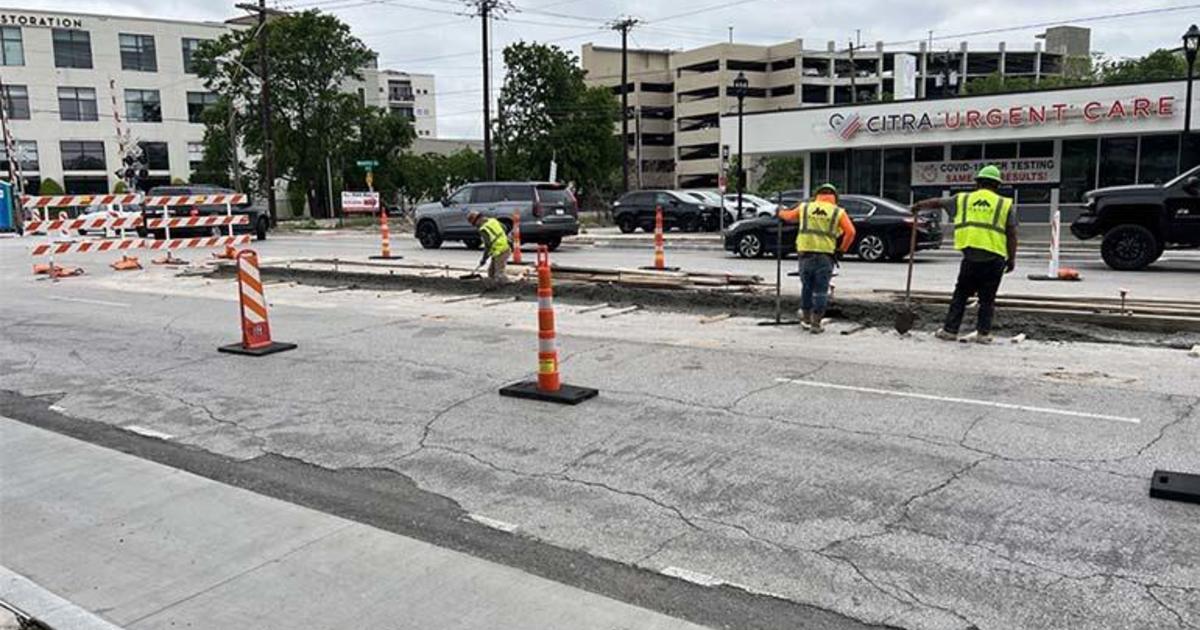 FORT WORTH (CBSDFW.COM) – The popular West 7th District in Fort Worth continues to be a popular hot spot, but as the city grows, a major project underway is causing traffic headaches.

“It is a pain,” said Sara Suarez, who visits the area frequently.

Drivers will see plenty of orange traffic cones, the sound of construction, and many other drivers stuck waiting in traffic.

“We waited at least 15 minutes on the bridge today,” Suarez lamented.

This project is part of a 2018 bond package voters approved. It includes median upgrades with landscaping, protected bike lanes and traffic signal improvements from the trinity bridge down to university drive.

The city says the reason for this project is centered on safety.

“West 7th has experienced a lot of growth in this past decade or so and particularly with pedestrian and cyclists, as well as transit so we needed to provide more access for those users, while still accommodating vehicle traffic and also we want to try and slow down the traffic so the lanes are slightly more narrow,” said Leon Wilson, Senior Project Manager for the Fort Worth Transportation and Public Works Department.

Wilson said the project is about half done – they experienced a slight delay due to some underground utility conflicts – but it’s moving right along now.

Other commuters said this is just the price of progress.

“It will be nice once it’s done, for sure, but we have to suffer through that part to get to the good part, right?” said commuter Lavonda Knox.

Wilson said the project is expected to be complete July of this year and urges drivers to be patient and take other routes such as Lancaster Avenue or White Settlement Road to get around the congestion.