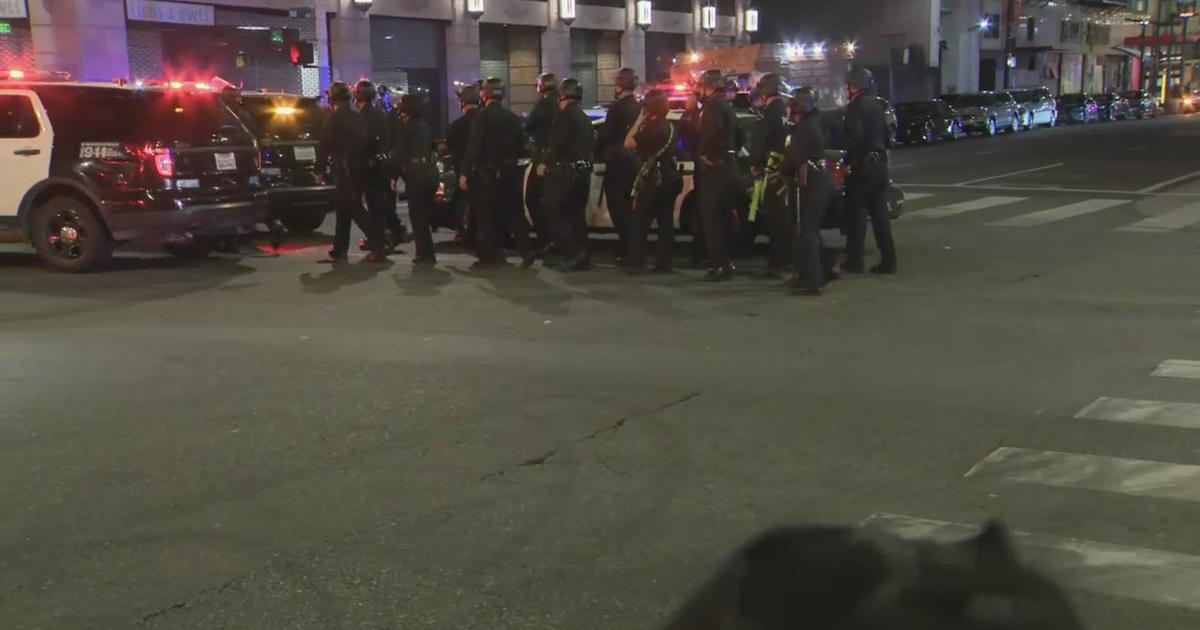 A march for reproductive rights took an unruly turn Tuesday evening near Pershing Square, which led to a massive response by the Los Angeles Police Department.

Cellphone video captured one moment where crowds appeared to surround a Homeland Security vehicle after they said it drove near protestors in an aggressive manner. Crowds reportedly broke out the window of the vehicle.

Chief Michel Moore tweeted that there were reports of people in the crowd throwing rocks and bottles.

As protestors marched down Hill Street, witnesses told CBSLA that some people broke out the front window of a Planet Fitness gym.

The original abortion-rights advocate group hosted an earlier, peaceful rally and then marched without incident. It was after the peaceful rally that the unruly behavior was started by some in the crowd.

At least one officer was injured and an ambulance was requested to help.

As crowds dispersed, LAPD called off it’s citywide tactical alert, though it maintained a large presence in the downtown area to prevent any further incidents.