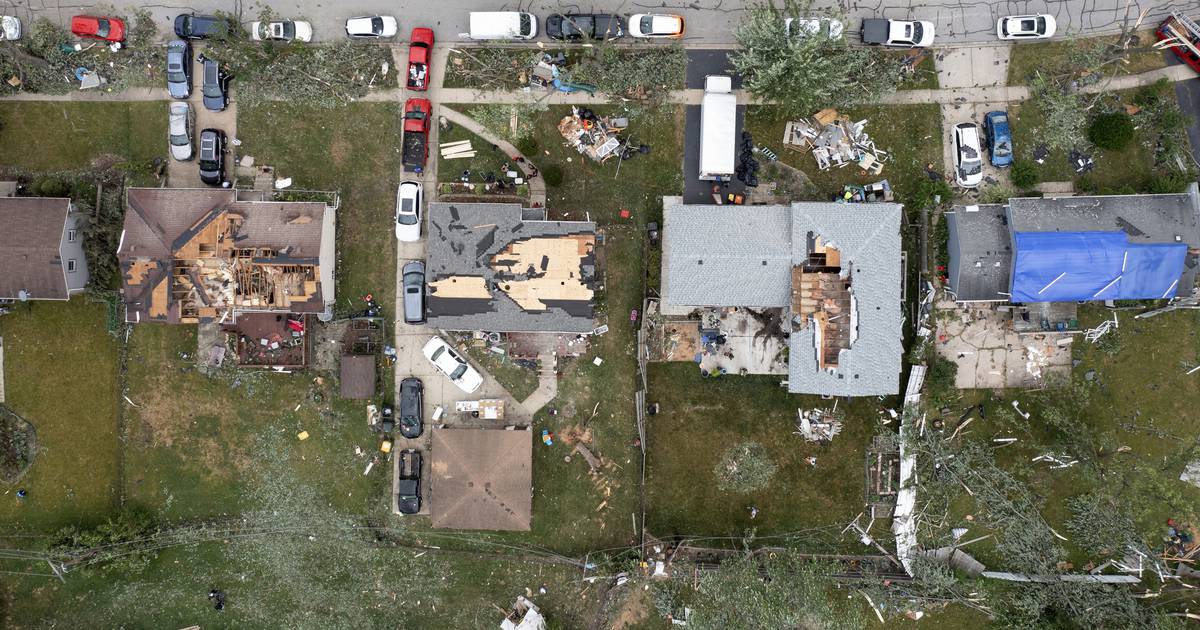 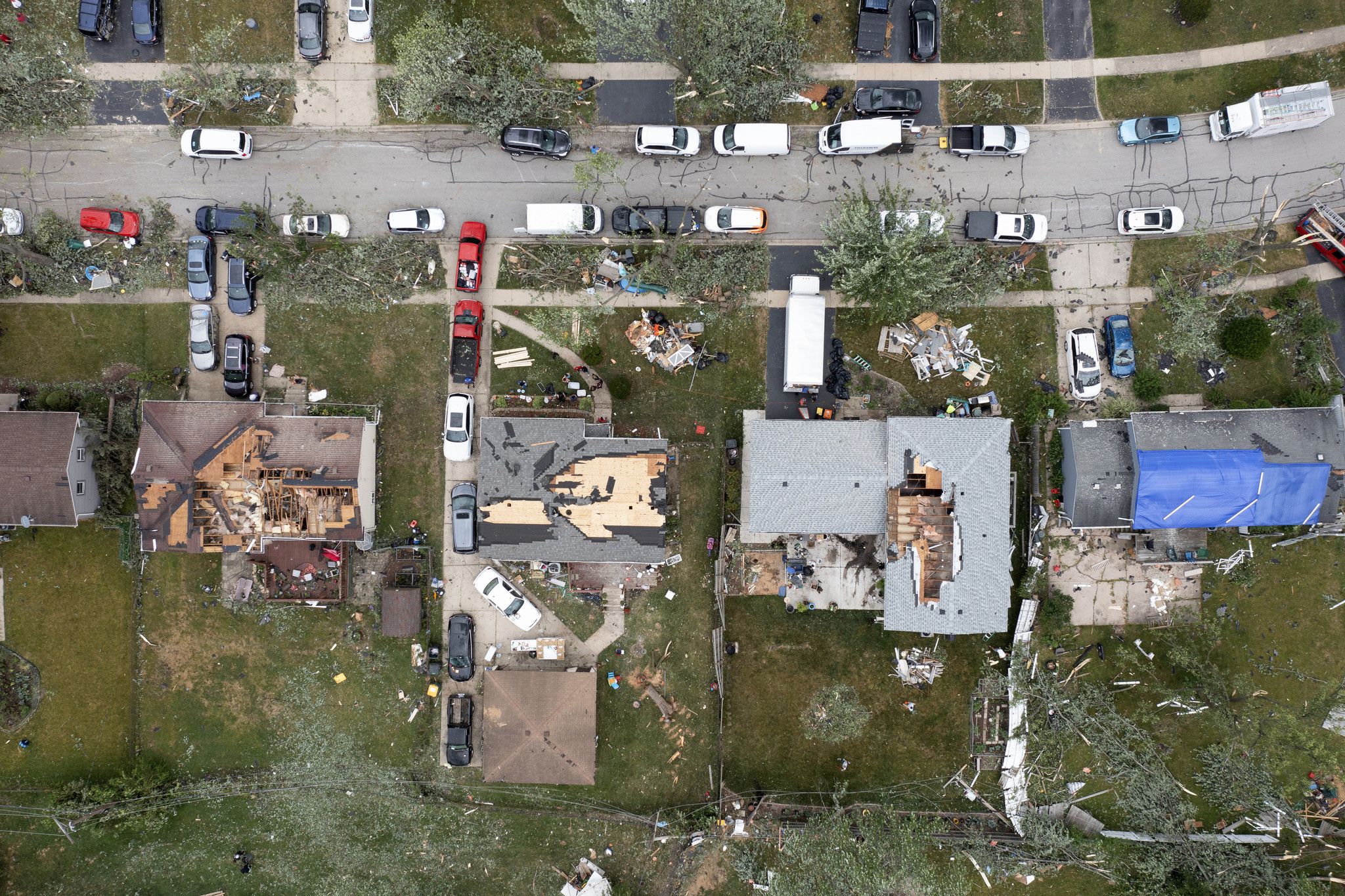 Plenty of people in Naperville and Woodridge have faced a hard year after the 2021 tornado, but no one has endured a tougher recovery than Katie Wilson.

She was asleep in the home of her Woodridge in-laws when the tornado approached. Seconds after her cellphone screeched a warning, a tree crashed through the roof and knocked her to the floor, severing nerves and an artery in her left arm, puncturing a lung, fracturing her neck, collarbone and several ribs, causing multiple strokes and taking the life of her unborn son, Jordan, with whom she was seven months pregnant.

Her husband Bryan lifted the tree off her and called 911. First responders had to leave their vehicles a block away because of all the tree limbs scattered on her street. She was taken to a local hospital, and hours later airlifted to the University of Chicago Medical Center.

Wilson doesn’t remember any of that, though. Her memory doesn’t really click on until several weeks later, when she was in a rehab facility.

She has been back home for about nine months, but her recovery is far from complete. She can’t walk independently, has double vision and a condition called ataxia that affects her balance. She still doesn’t know how long it will take to recover her abilities.

“They say everybody heals differently, so they won’t give me a definitive timeline even though I ask every time I’m there,” she said. “I hate the answer, ‘It just takes time,’ but seeing where I was when I was discharged in September to where I am now, it’s remarkable.”

Wilson had been working as a special education teaching assistant, but she has not been able to resume her job. Aside from doing copious amounts of occupational and physical therapy, she’s aiming to finish her bachelor’s degree via online classes and figure out what she’ll do in the future.

“Mentally, she’s all there,” Bryan Wilson said. “She’s back to being the person I know. Physically, there’s a lot of limitations but she’s motivating herself. She’s working out on her own. Her trainers and therapists are a vital part of that, but mostly it’s just her. She has that mindset to get up and move and strengthen everything she can.”

The family’s story is not solely a tragedy. After Wilson sustained her injuries, people contributed more than $140,000 in an online fundraiser to assist with the family’s expenses. Her neighbors, community members and even Woodridge’s mayor have rallied around them, bringing food and gift cards along with clothes and toys for their 5-year-old daughter, Ryen.

“They’ve just been so incredibly supportive,” Wilson said. “We’re very thankful for everybody who has donated or asked if we need help with anything.”