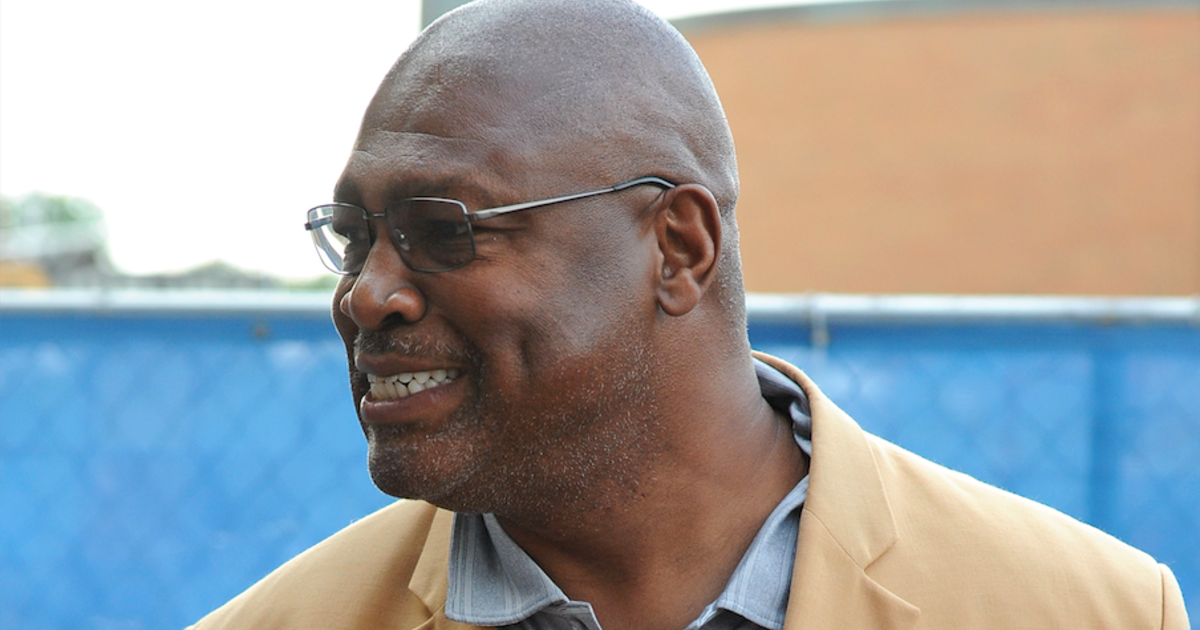 NORTH TEXAS (CBSDFW.COM) – During Mental Health Awareness Month one of the greatest football players of all time — 5-time Super Bowl champ Charles Haley — is hoping others can tackle their issues head on just like he has.

Haley says, “Being bi-polar…it played into my mental illness and my state where I thought it was okay.”

For a long time Haley thought it was okay to alienate his teammates coaches family and friends. In his mind, “I didn’t have to explain the things going on inside of my head and me tell you there were a lot of things going on at once.”

The Cowboys best defensive player during the dynasty in the 90’s, Haley was the keynote speaker at the Menninger Clinic’s Annual Luncheon in Houston. The theme for the event, that’s in its 12th year, was re-writing the mental health playbook.

Haley says he can’t rewrite history, including a childhood experience that redefined his life. “I never felt like I belonged,” he recalled. “I took a gun from someone else’s things. I went in my room and pulled the trigger.”

Fortunately, Haley’s attempt to end his own life wasn’t successful. While it wouldn’t be until he finished his career in Dallas when he was diagnosed as bi-polar and started taking medication, Haley doesn’t want young people to take as long to get on top of things if they feel something is wrong.

His message to young people? “I don’t Haley want 2 or 3, I want one thing to live for. If you can lean on that when hard times come, you’ve already found the answer.”

Keith Russell is our morning news anchor and was a sports anchor/reporter for CBS11 KTVT starting in 2015.