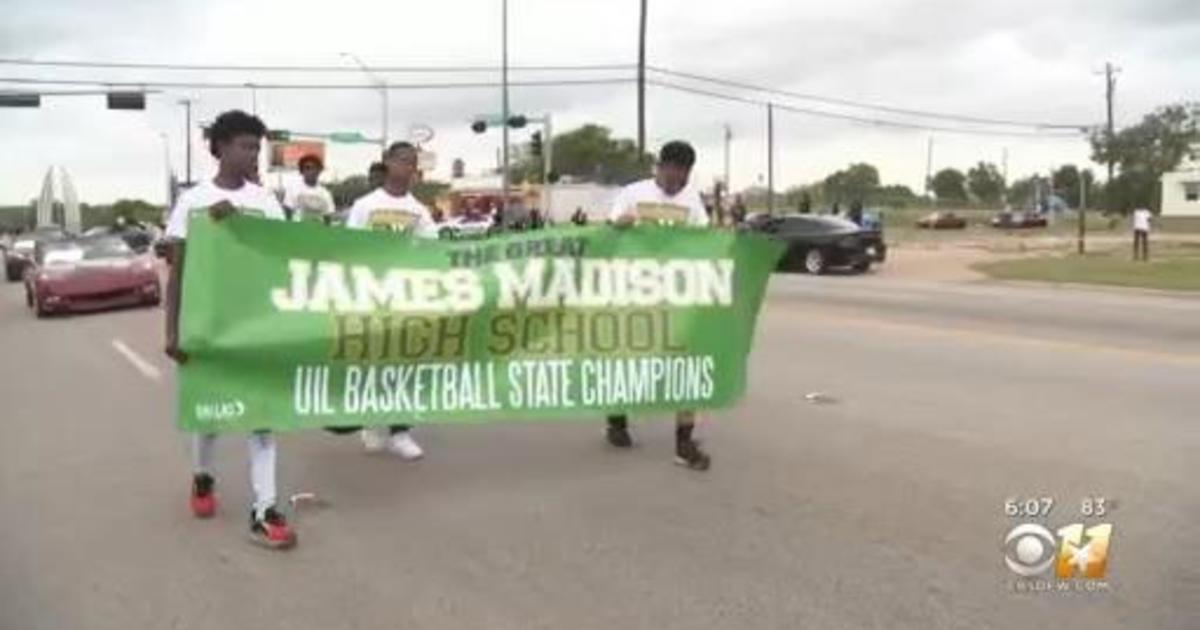 DALLAS (CBSDFW.COM) – It was a beautiful day in Dallas as crowds gathered to celebrate James Madison High School’s basketball state championship with a parade.

They were joined by a lively band and dancers, and the parade kicked off on Martin Luther King Boulevard and will end at James Madison High School.

This is the fifth state championship in the school’s history. In early March, the school won the 3A state title game against San Antonio Cole 53-51.

It’s been a great year for South Dallas sports, and everyone is proud of the green and gold.