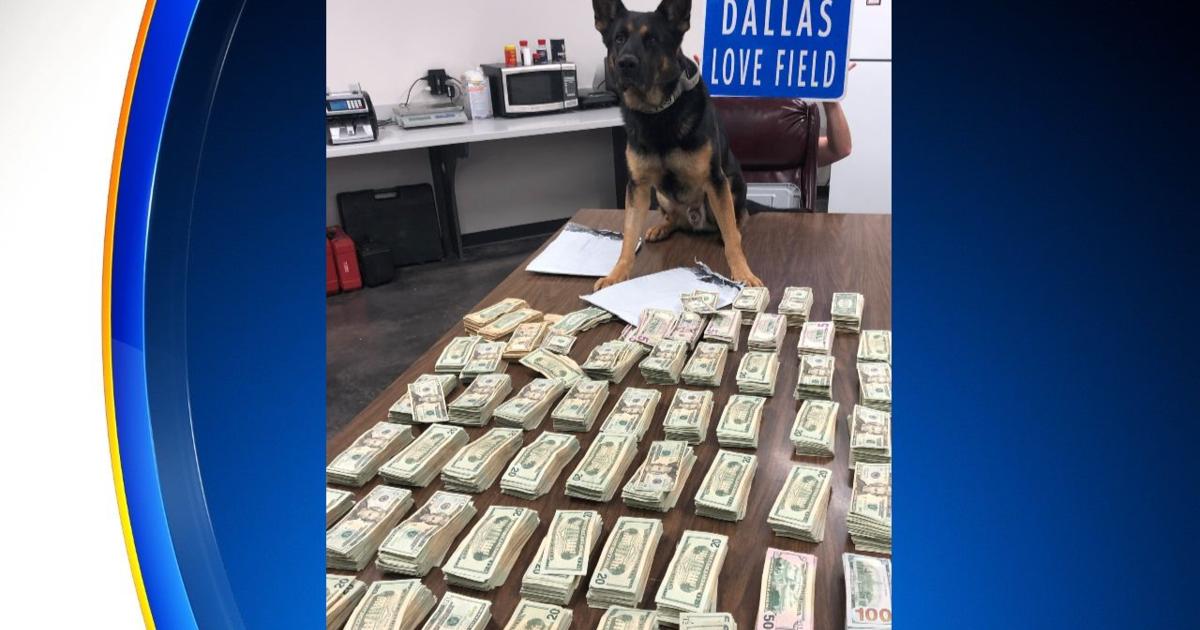 Using civil asset forfeiture, law enforcement agents can seize cash or property that they claim is believed to have been involved in a crime.

Dallas Police confirmed that the woman had not been arrested or charged with a crime, but the money was seized and will be subject to the forfeiture process anyway.

A DPD spokesperson also alleged that travelers are not allowed to board a plane with more than $10,000 of cash without declaring it, even on domestic flights.

However, only travelers coming into or leaving the US are specifically required by law to declare large amounts of cash.

According to an article from Virginia CBS affiliate WTKR, laws that require the reporting of cash exchanges over $10,000 are sometimes used to justify such seizures.

Some lawyers don’t buy that reasoning.

“It’s not illegal to have cash on you,” said Grant. “So, how can these agencies just take your money?”

“You’re absolutely right, it’s absolutely legal to travel with any amount of money domestically,” said Dan Alban, a senior attorney with Institute for Justice. “But, unfortunately, both TSA and DEA have policies that treat what they consider to be large amounts of money as presumptively suspicious and indicative of criminal activity.”

“It says here, TSA rule 100.4, is traveling with large amounts of currency is not illegal,” Barr told Howell.

“Yeah, it’s not, it’s not. And that’s why I said it’s allowed. But again, when it’s in the screening checkpoint, again, like I said, if there is a large amount of cash, or if the way that it’s packaged, it looks strange, then we’re going to contact law enforcement,” Howell responded.

Few, if any, of these cash seizures lead to arrests or convictions.

According to Sacramento CBS affiliate KOVR, in March 2015, “the U.S. Justice Department Inspector General released a report saying from 2007–2016, the DEA seized $3.2 billion with zero convictions tied to this money.”

So far, the Dallas Police Department said the 25-year-old woman has not been charged or arrested and that she was on a layover while traveling domestically.

Asked for comment, a DPD spokesperson said “It is important to know that canines are one tool utilized during criminal interdiction investigations and follow up is necessary by Detectives.  In this incident, Detectives with the Special Investigations Division conducted a follow up investigation, which resulted in the seizure of the US Currency in this incident. Detectives assigned to Love Field are thoroughly trained and experienced in various criminal interdiction techniques and tactics, many of which were utilized during this incident.  Due to the nature of this seizure, as well as where it occurred, it will be subject to follow up investigation with our Federal partners.”

They did not give any details about the nature of the follow-up investigation, what led to the seizure, which techniques and tactics were utilized, nor which Federal partners were involved.