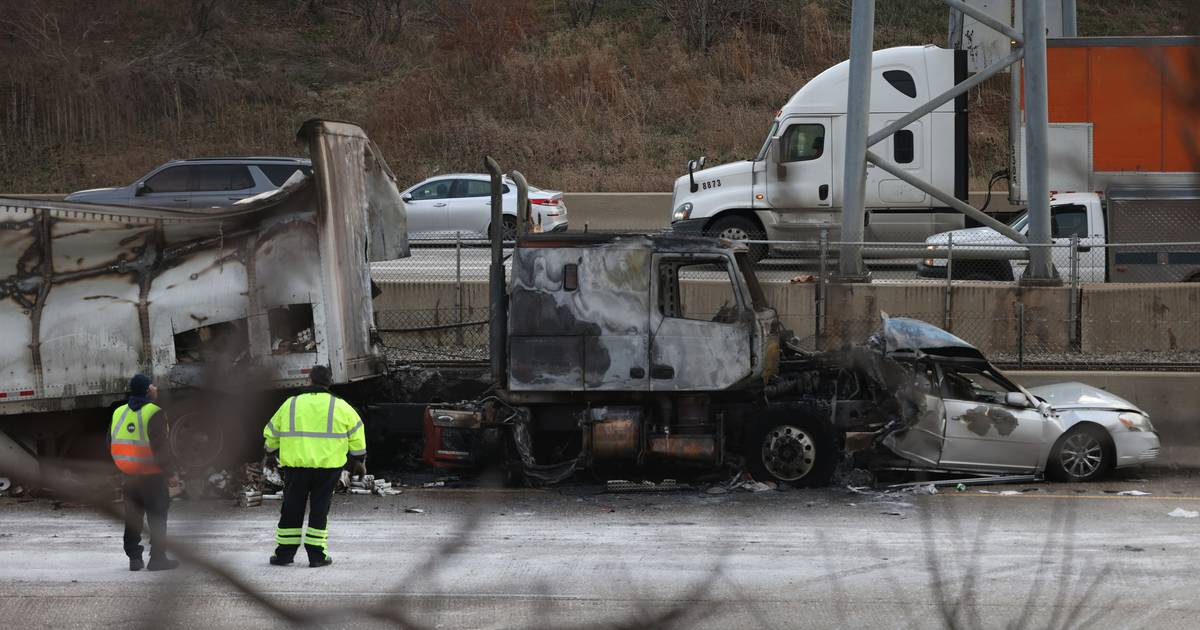 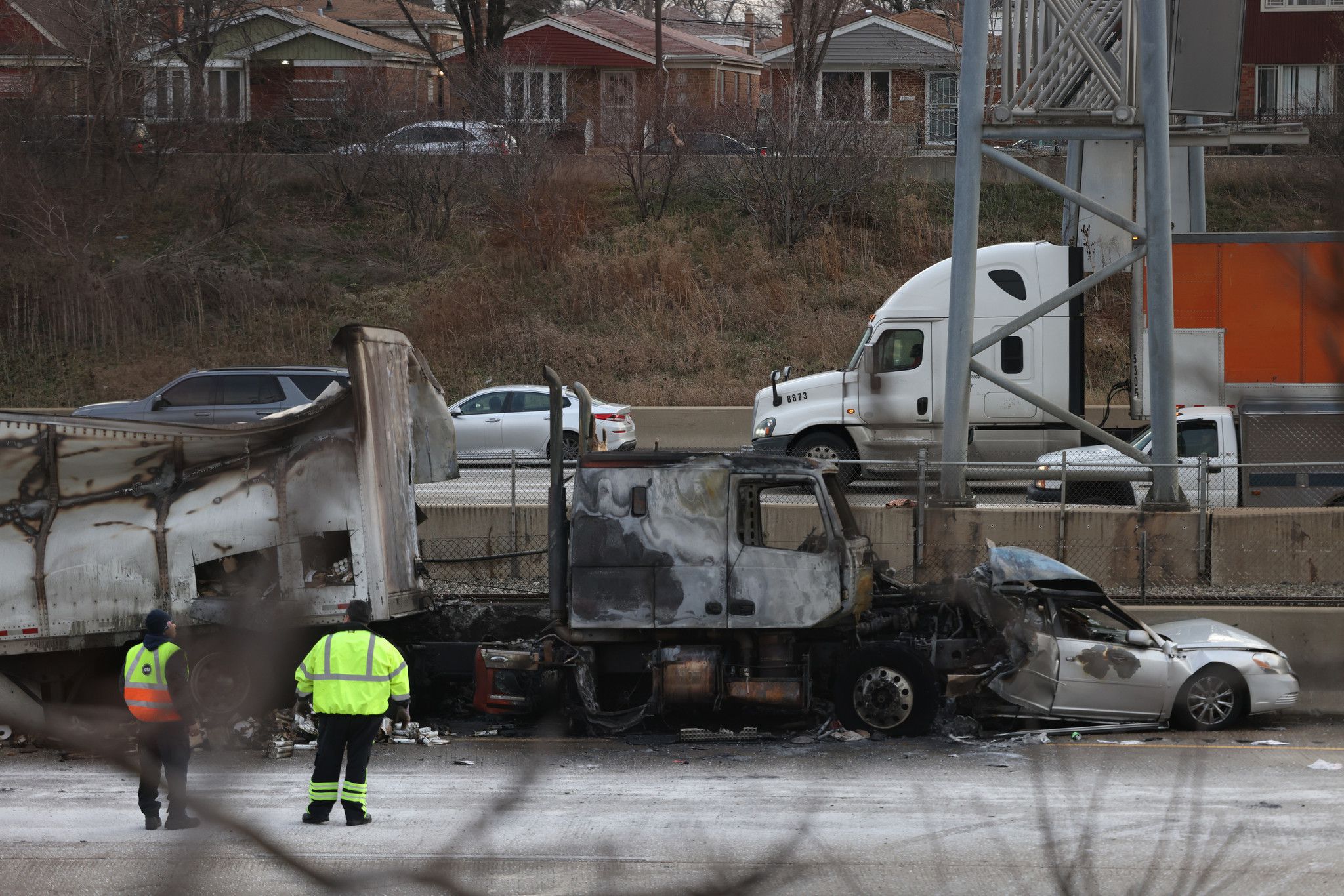 A semi-truck and a car burst into flames after crashing on the Dan Ryan Expressway, killing one and injuring another early Monday.

The crash took place on the expressway near 86th Street shortly after 3 a.m. One person was transported to a hospital with non-life-threatening injuries while another person was pronounced dead at the scene, according to Illinois State Police.

All southbound lanes of I-94 were initially closed with traffic diverted off at 83rd Street.

The crash disrupted Red Line services due to “a fire near the tracks,” according to the CTA. Shortly after 8:30 a.m., 95th-bound services had resumed but trains were running with residual delays.