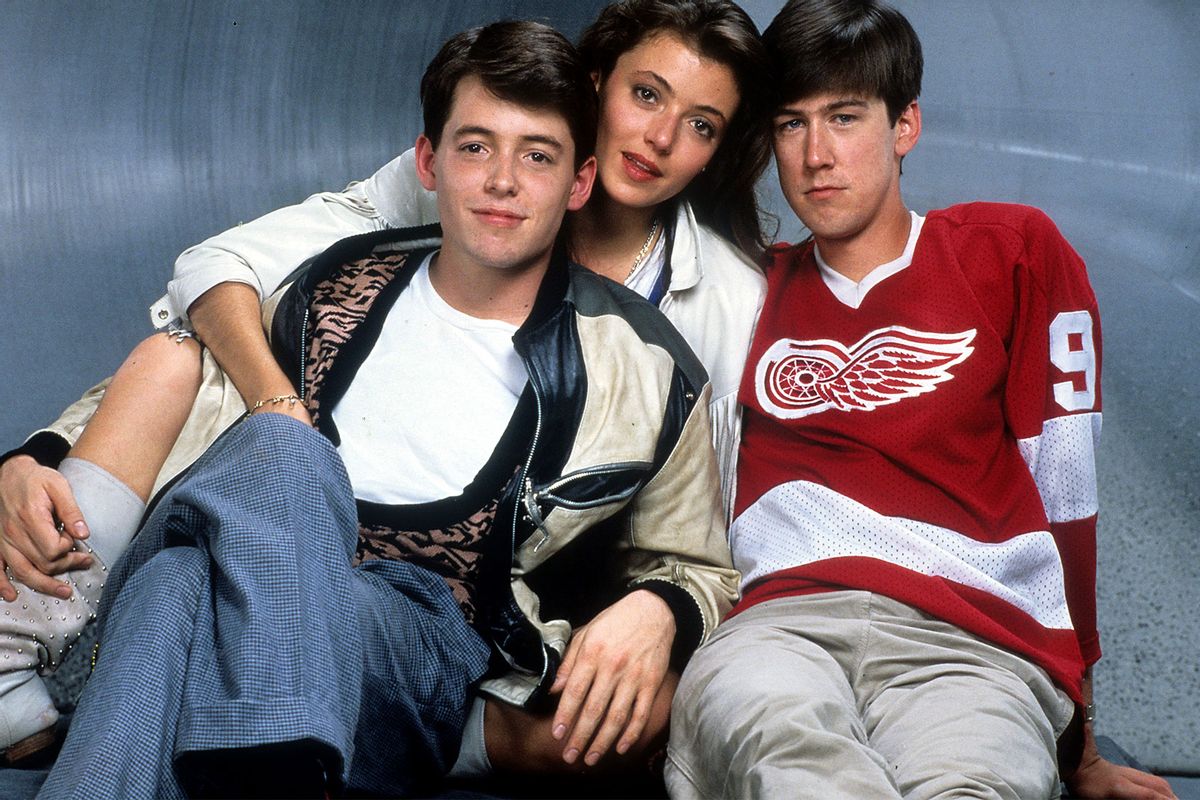 Artistic works aren’t made in a vacuum. That means when times evolve and attitudes shift, the music, movies and TV shows from a certain era might not be as relevant. Take ’80s teen movies, which remain influential parts of pop culture, and are popular enough to get deluxe reissues and remakes galore. However, the callous attitudes toward certain groups of people — and certain scenarios these moves played up for laughs — don’t come across well in the modern world.

Hughes was an avowed, voracious music fan, and he made sure his movies were some of the best places to learn about new sounds and new bands.

In a 2018 New Yorker piece, actress Molly Ringwald looked back at her experience acting in seminal John Hughes movies like 1984’s “Sixteen Candles” and 1985’s “The Breakfast Club.” Ringwald wrote that she’s “proud of [the films] in so many ways,” and notes she’s heard from friends that the movies helped them feel less alone during rough times.

At the same time, she also acknowledged that Hughes’ films were deeply imperfect and “could also be considered racist, misogynistic, and, at times, homophobic.” She’s not wrong; anyone who’s rewatched “Sixteen Candles” recently would be hard-pressed to disagree with her assessment.

Luckily, the music heard in John Hughes movies has aged far better. Hughes was an avowed, voracious music fan, and he made sure his movies were some of the best places to learn about new sounds and new bands. That passion still comes through via the new “Life Moves Pretty Fast: The John Hughes Mixtapes,” a four-album bonanza of music that appeared in the films he wrote, directed and/or produced.

The compilation includes tunes from Ringwald vehicles like “Sixteen Candles” and 1986’s “Pretty in Pink,” as well as music that appeared in cult gems such as 1987’s “Planes, Trains and Automobiles” and “Some Kind of Wonderful,” and 1989’s “Uncle Buck.”

However, the compilation lives up to its “mixtapes” billing, as the various genres (synth-pop, R&B/soul, Motown, new wave, modern rock, Americana, funk, hip-hop) are sequenced to encourage music discovery. Like any well-curated mix, these albums include plenty of buried gems and familiar songs alike.

Hughes’ movies were particularly savvy in the way they weaved in classic vintage gems. 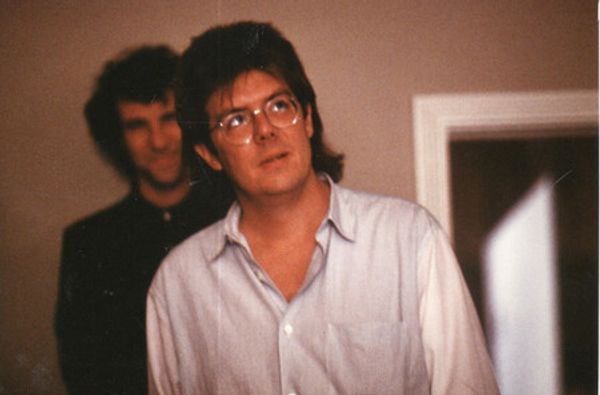 Director John Hughes, “Life Moves Pretty Fast – The John Hughes Mixtapes” (Demon Music Group)Yet the scope of “The John Hughes Mixtapes” also provides a wider view of why Hughes’ movies felt so fresh and vibrant. For example, today it’s common for soundtracks to include classic songs alongside newer music. That’s how songs like Queen’s “Bohemian Rhapsody” and Looking Glass’ “Brandy (You’re a Fine Girl)” have continued to permeate pop culture — and it’s a great way to build bridges between musical eras and generations.

Hughes’ movies were particularly savvy in the way they weaved in classic vintage gems. Otis Redding’s “Try a Little Tenderness” and the Association’s “Cherish” soundtrack memorable dances in “Pretty in Pink”; Patti Smith’s urgent, inspiring “Gloria: In Excelsis Deo” is used to great effect in “Sixteen Candles” at a party, during the moment when a drunk character has her hair cut; and Marvin Gaye’s “How Sweet It Is (To Be Loved By You)” provides a summery backdrop to a block party scene in “She’s Having a Baby.”

There are few greater pleasures in life than sharing music you love with friends.

Like any massive music fan, Hughes was always seeking out new songs and artists for his movies. Luckily, other people in his life hipped him to cool bands. Molly Ringwald was famously a big fan of Los Angeles-via-Pittsburgh band the Rave-Ups — so big a fan she scrawled their name on a binder seen in “Sixteen Candles.” The group later appeared in “Pretty in Pink,” performing “Positively Lost Me.”

John Hughes’ in-house music supervisor Tarquin Gotch had many industry connections via his management and A&R work — encompassing the Beat, the Dream Academy, Stephen Duffy, and XTC, among others — which informed soundtracks like 1988’s massively underrated “She’s Having a Baby.” Gotch and Emma Dixson Kamen (billed in the compilation credits as “John Hughes’ number two guy in the UK”) would also visit the Notting Hill location of the record store Rough Trade and seek out cool recommendations for Hughes. 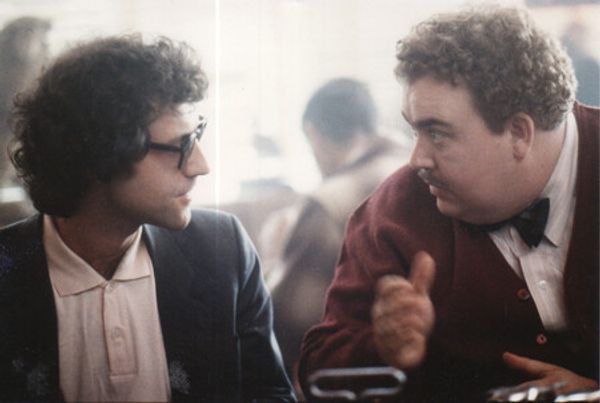 Music supervisor Tarquin Gotch and John Candy on the set of “Planes Trains and Automobiles” (Demon Music Group)David Anderle, the legendary producer and A&R executive whose c.v. includes superstars like the Beach Boys and Jim Morrison, also shaped the sound of films while serving as music supervisor for both “The Breakfast Club” and “Pretty in Pink.” (He also co-produced Karla DeVito’s song “We Are Not Alone on the former movie’s soundtrack.)

Anderle’s son, Jonathan, says that his dad and Hughes “hit it off and became close” during work on “The Breakfast Club.” That led to the elder Anderle working on “Pretty in Pink” and “Ferris Bueller’s Day Off.” (Famously, Anderle had secured instrumental music from The Cure’s Robert Smith to be used in the scene where Ferris and friends visit the art museum. However, it wasn’t used because Anderle left the movie before it was completed.)

“I think he and John really bonded and clicked on musical taste, especially English alternative stuff,” Jonathan Anderle says. David Anderle also shared Hughes’ passion and determination: In a 2015 oral history of “Don’t You (Forget About Me),” Michelle Manning, co-producer of “The Breakfast Club,” recalls how she and Anderle “literally wandered the streets of London for two-and-a-half, almost three weeks, going to every major English group, with a three-quarter inch tape of [the movie]” trying to find a taker for the song.

“Until his final days, he was still collecting outrageous amounts of music from around the world.”

The following year’s “Pretty In Pink” was more successful at throwing a bright spotlight on UK acts such as OMD, Echo & The Bunnymen, New Order and the Smiths. Today, it’s still a remarkable soundtrack, because it predicted the alternative music boom of the ’80s — and beyond.

Jonathan Anderle hears his dad’s influence on “Pretty in Pink” in several ways. “Pop got John’s vision and wanted to do what he could to serve it,” he says. “I think I hear it most through the friendships he had: Suzanne Vega, Jesse Johnson, even [Three Dog Night’s] Danny Hutton who pop managed back in 1965. And being friends with music biz execs, which helped to get New Order, The Smiths and Echo [and the Bunnymen].”

What Anderle describes remains a remarkably common way for people discover and compile music: recommendations from people you trust. In fact, there are few greater pleasures in life than sharing music you love with friends. Back in the day, that might have been via mixtapes or via mix CDs. More recently, maybe an MP3 mix or a streaming playlist. Today, maybe you’ll text or message friends about songs you love, or gush about bands on social media. 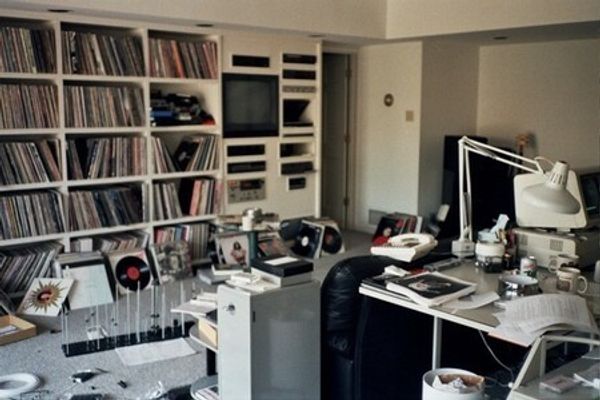 The elder Hughes never lost that hunger and curiosity, James added. “Until his final days, he was still collecting outrageous amounts of music from around the world, galaxies removed from the New Romantic and new-wave sounds that, to many, still define him. The point was to be on perpetual lookout, and to always share the results.”

In other words, it wasn’t just the kind of bands Hughes championed that made the music in these movies so special. The excitement he maintained for discovering new gems — and then making sure everybody else could share in this excitement — mattered just as much.

Decades later, that’s why we’re still so fascinated by the music in his films. This wasn’t movie music cobbled together by beancounters looking to make a hit soundtrack album. Hughes’ soundtracks came together with love and care, driven by deep listening, cratedigging, fandom and enthusiasm.