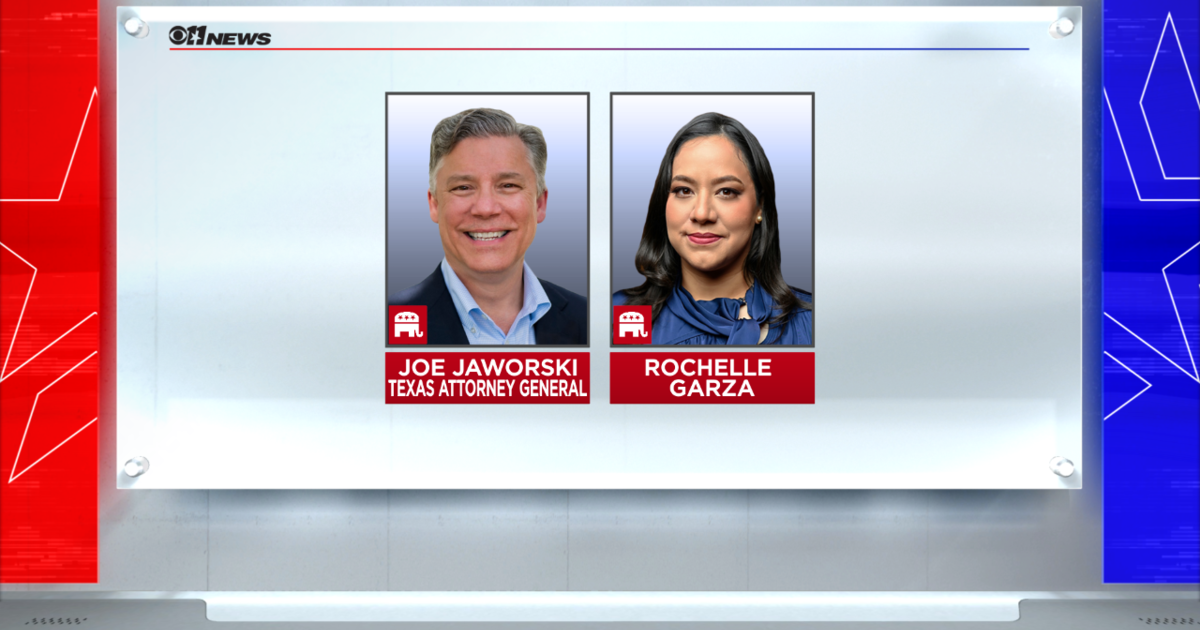 If the U.S. Supreme Court overturns the nearly 50-year-old ruling, Texas would ban most abortions, as approved by the state legislature last year.

CBS11 asked both candidates what they would do if elected.

Garza said, “I would fight for this right to health care for millions of women that are going to be impacted from this.” She said she would work with local communities and other states’ Attorneys General. “Using creative lawyering, which I’ve done in the past, in terms of getting access to abortion care for my client, Jane Doe, these are the things that I’m going to bring to the table as the Attorney General and fighting for access to reproductive health care.”

Jaworksi said the key is changing who’s elected to the legislature and the Texas Supreme Court.

“Let’s make Texas a reasonable reproductive choice state. Let’s elect some reasonable justices to the Texas Supreme Court, who will enforce the Texas Constitution. There is an equal protection provision in that.”

The current Attorney General, Republican Ken Paxton has filed about two-dozen lawsuits against the Biden administration. They include cases involving the administration’s policies on illegal immigration.

Both Jaworski and Garza said they will review each of the state’s lawsuits against the federal government.

Jaworski said, “I’m going to dismiss every case against the Affordable Care Act by lunch on day one.”

Garza is a former staff attorney at the ACLU and fought for the reproductive rights of teenagers being held in the custody of immigration authorities and won.

A former Mayor of Galveston, Jaworski, helped rebuild public housing after destructive storms and is now in private law practice.

CBS11 asked them each why they would be the best candidate to represent Democrats.

Garza said, “Civil rights are on the line, this election cycle, and they have the opportunity to elect someone like myself, who has been a civil rights champion, especially around reproductive rights.”

Jaworski said, “Experience, ethics, integrity, and a reputation in the state for being an honest attorney and former local government official. That’s the sort of candidate that people can get behind whatever their party denomination is.”

A Texas Hispanic Policy Foundation poll last month showed Garza leading Jaworski, 46% to 31% with 23% saying they don’t know who to vote for.

A Dallas Morning News/UT-Tyler poll released this week shows Garza ahead of Jaworski, 35% to 20%, with 40% saying they are not sure who they’ll vote for.