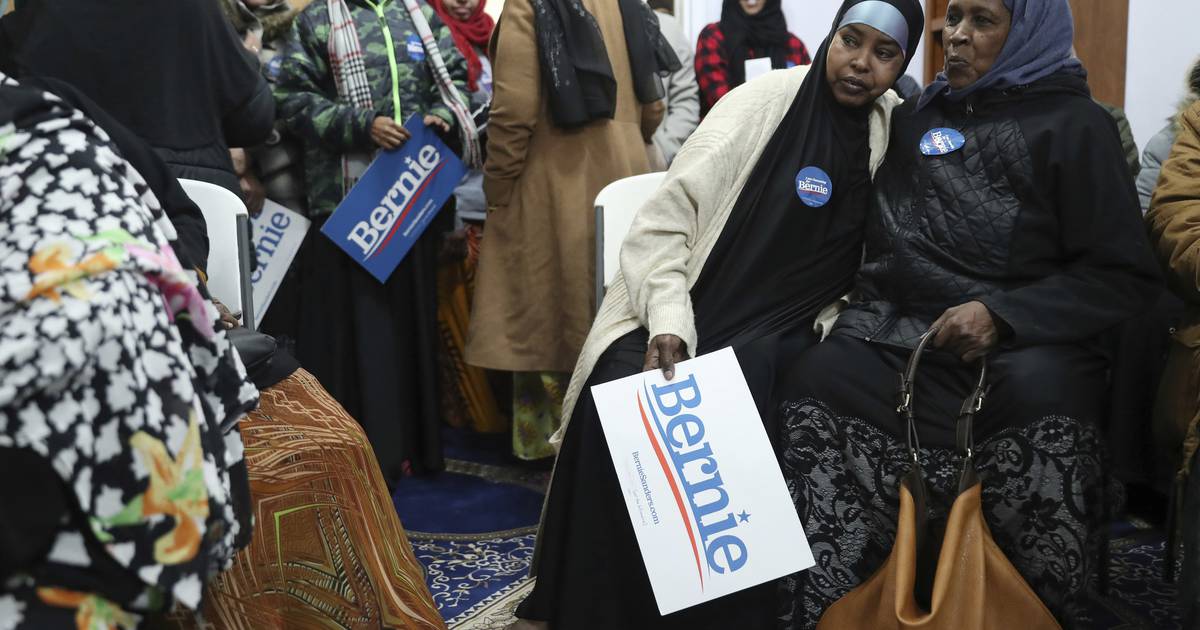 Democratic leaders moved Friday to significantly shake up the party’s early-state presidential nominating calendar, dumping Iowa from the top spot it has held for a half-century and replacing it with South Carolina in a bid toward greater diversity.

Illinois lost out to Michigan in its efforts to become the new Midwest representative among the first five states in the process to select a 2024 Democratic presidential nominee, based on the recommendation of a party committee and President Joe Biden.

The more than two-dozen representatives of the Rules and Bylaws Committee of the Democratic National Committee endorsed Biden’s proposed lineup on Friday, with members from Iowa and New Hampshire as the lone votes against it. The full DNC is expected to ratify the proposal early in the new year.

Under the new calendar, South Carolina would begin the 2024 Democratic presidential primary process on Feb. 3, followed by New Hampshire and Nevada, both on Feb. 6, with Georgia next on Feb. 13 and then Michigan on Feb. 27.

The new early state calendar would replace the schedule Democrats have used since 2008, which led off with Iowa, followed by New Hampshire, Nevada and South Carolina.

Iowa, which has led off with the first-in-the-nation caucuses since the 1970s, will be wiped out of the Democrats’ early-state process altogether.

Republicans, however, have previously voted to keep their current line up of Iowa, New Hampshire, South Carolina and Nevada for 2024, which could lead to conflicting partisan primary contests on differing dates.

Illinois was one of 16 states, along with Puerto Rico, that asked for consideration as a top-five state.

But as was evident when state party leaders made their pitch in June, DNC members were concerned about the high cost of the Chicago media market for beginning candidates as well as Illinois being firmly Democratic in presidential contests and lacking “battleground” state status. Also of concern was the lack of racial disparity outside northern Illinois, said sources close to the DNC panel who asked not to be identified while the calendar was being considered.

Michigan was deemed to be a battleground swing state in presidential contests, despite recent Democratic midterm victories at the state level that included flipping control of its legislature from Republicans. The state’s huge labor background and statewide diversity of voters were also cited as factors to make it the new Midwest representative.

Illinois, which held its primary on June 28 due to pandemic-related delays in federal census figures used to draw new congressional districts, will see its Democratic and Republican primary revert to its more traditional March date, March 19, 2024, unless changed by state law.

Jaime Harrison, the DNC chair, acknowledged forming a new early presidential calendar had been “difficult” but said the new lineup presents “an early window that reflects the diversity of our party, creates a more equitable and accessible nomination process and puts our candidates in the best position to win.”

Stuart Applebaum, a DNC member from New York, said the new calendar helps “tell the story of who we are as a party and who we are as a nation” and cited Biden’s guidance that “early states must reflect the overall diversity of our party and our nation, economically, geographically, demographically.”

“I think the story we are telling with these selections is a story we can be proud of as the Democratic Party of the United States. This is what our party looks like. This is what America looks like,” Applebaum said.

Iowa, which had gained stature in the 1970s by sending Jimmy Carter to the White House in 1976, had offered to vastly reform its system after several recent mistake-riddled caucuses affecting both parties. But Democrats made it clear they were done with caucuses — even a mail-in variety proposed by Iowa Democrats — with Biden calling them “inherently anti-participatory.”

Scott Brennan, a DNC member from Iowa, warned that the new early lineup may be forsaking support from rural voters — a bloc that has shifted Republican in Iowa, Illinois and other states.

“Small rural states like Iowa must have a voice in our presidential nomination process. Democrats cannot forget about entire groups of voters in the heart of the Midwest without doing significant damage to the party for a generation,” Brennan said.

Brennan said that with the addition of Michigan and Georgia, “two very large, very expensive states are being added to the mix. This will surely favor front-runners and billionaire vanity candidates.”

“Make no mistake, Republicans in Iowa will seize this opportunity to double down on their caucuses and feed the narrative that Democrats have turned their back on Iowa,” he said. But other DNC members said rural voters are part of the voices that candidates will have to appeal to in the early mix of states.

Randi Weingarten, the head of the American Federation of Teachers and a member of the DNC panel, said the early-state schedule from Biden was “a really innovative, interesting, eloquent, bold recommendation.”

Under New Hampshire state law, it is supposed to be home to the nation’s first presidential primary. The new Democratic schedule would place it second behind South Carolina and on the same date as Nevada.

The DNC has no authority over state law, but the national party could penalize states that decide to run a nominating election outside the party’s framework. Those penalties could involve revoking nominating convention delegates.

But Joanne Dowdell, a DNC member from New Hampshire, made it clear that the state will not violate its own law.

“New Hampshire does have a statute. We do have a law. And, we will not be breaking our law. And I feel that any lawyer in the room or around the table would agree that it is not in the best interests of this body to even suggest that we do that,” Dowdell said.

Some DNC members also said putting Nevada and New Hampshire on the same date, at opposite ends of the country, could prove difficult for potential candidates.

Illinois’ absence from the early vote schedule does not affect its status in the competition to host the 2024 Democratic National Convention in Chicago. The DNC is supposed to decide on a site early next year with Chicago in competition with Atlanta, Houston and New York.