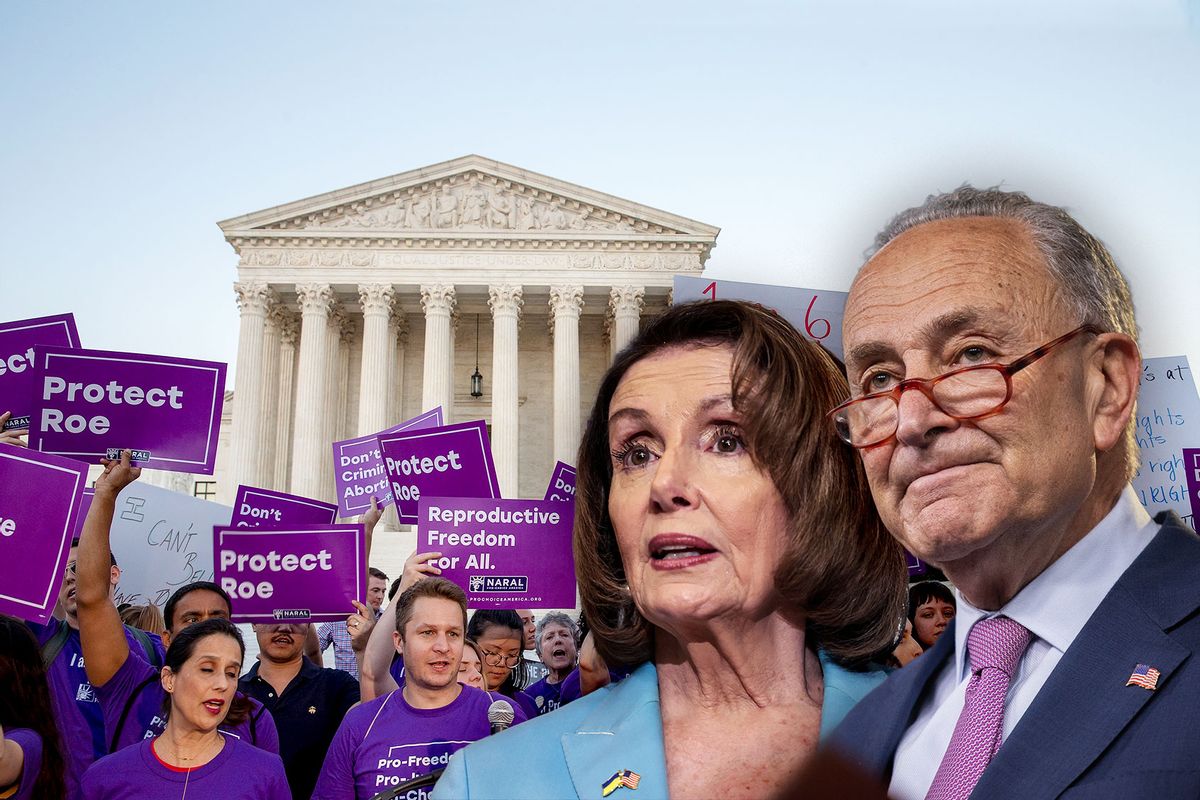 President Joe Biden on Tuesday said that his administration is “ready” to protect the fundamental right to abortion and Senate Majority Leader Chuck Schumer, D-N.Y., vowed to have his chamber “vote on legislation to codify the right to an abortion in law” after the Supreme Court’s draft decision to overturn Roe v. Wade, the landmark 1973 decision that enshrined America’s constitutional right to abortion, leaked late Monday evening.

“If the rationale of the decision as released were to be sustained,” Biden said on Tuesday, “a whole raft of rights would be at risk.”

“It goes far beyond the right to choose,” the president explained, calling that right “fundamental.”

Calling the Supreme Court’s decision correct, Biden said “Roe has been the law of the land for almost fifty years, and basic fairness and the stability of our law demand that it not be overturned.”

“At the federal level,” he added, “we will need more pro-choice Senators and a pro-choice majority in the House to adopt legislation that codifies Roe, which I will work to pass and sign into law.”

The leaked decision, Biden said, is “a fundamental shift in jurisprudence.”

Biden’s remarks come just a day after Politico published a leaked initial draft of the court’s majority opinion on Roe v. Wade and Planned Parenthood v. Casey, a 1992 decision that reaffirmed the right to abortion. The draft, written in February, indicates that the high court will reverse its past rulings on both cases, effectively turning back the clock of reproductive rights by half a century.

Immediately after the report, Sen. Ed Markey, D-Mass., called the court “stolen” and “illegitimate,” saying that it “appears set to destroy the right to abortion, an essential right which protects the health, safety, and freedom of millions of Americans.”

“There is no other recourse,” he added. “We must expand the court.”

House Speaker Nancy Pelosi, D-Calif., called out Republican justices who they said had “lied to the U.S. Senate.”

“The Republican-appointed Justices’ reported votes to overturn Roe v. Wade would go down as an abomination, one of the worst and most damaging decisions in modern history,” the top Democrats added.

Sen. Bernie Sanders, R-Vt., called on Congress to codify Roe v. Wade into law before it is reversed. “And if there aren’t 60 votes in the Senate to do it, and there are not, we must end the filibuster to pass it with 50 votes,” he tweeted.

Meanwhile, a number of state Democrats appear to be taking the fight into their own hands.

On Tuesday, California Assembly Speaker Anthony Rendon announced plans to enshrine the right to choose into the Golden State’s constitution.

“We know we can’t trust the Supreme Court to protect reproductive rights, so California will build a firewall around this right in our state constitution,” Rendon tweeted. “Women will remain protected here.”

An abortion ban is already on the books in Michigan. So if Roe is overturned, roughly 2.2 million people in Michigan will effectively lose access to the procedure.