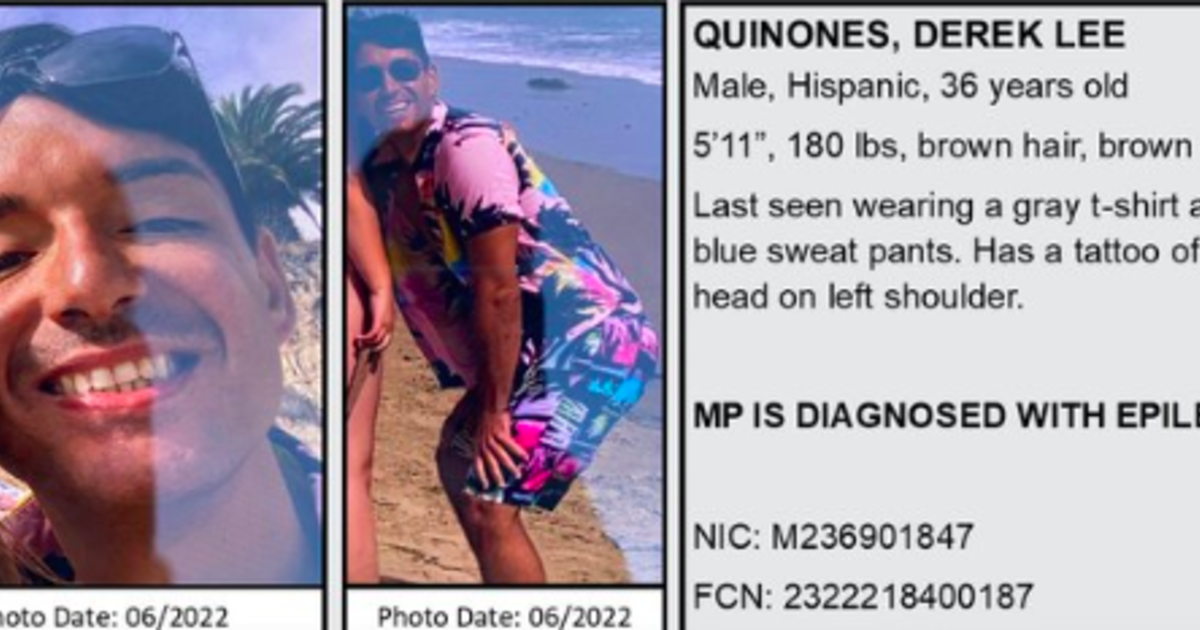 Sheriff’s detectives again searched Monday for a 36- year-old man with epilepsy who went missing in Valencia.

Derek Lee Quinones was last seen around 11:30 a.m. Sunday in the 23800 block of McBean Parkway, according to the Los Angeles County Sheriff’s Department.

Quinones is Hispanic. He is 5 feet, 11 inches tall and weighs an estimated 180 pounds. He has brown hair and brown eyes, according to the LASD.

He was last seen wearing a gray T-shirt and blue sweat pants. He also has a tattoo of a lion’s head on his left shoulder, the LASD reported.