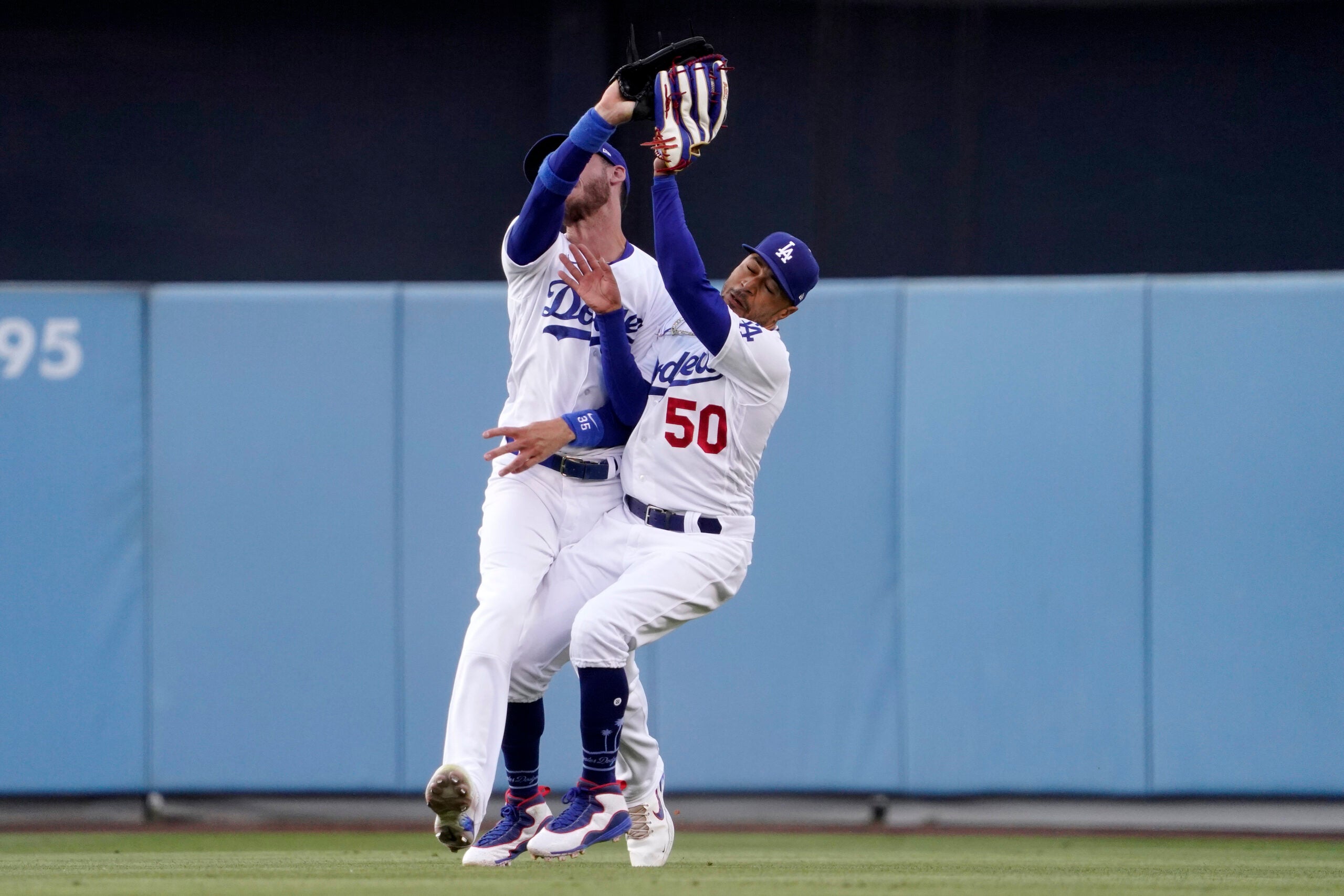 Manager Dave Roberts announced Betts’ diagnosis after Saturday’s 7-1 victory over Cleveland. The 2018 AL MVP is tied for third in the majors with 53 runs scored and has 17 home runs, which is tied for fourth in the NL.

“It’s certainly a big blow to all of us, but knowing and having the information at least there is solace in that,” Roberts said. “A week from now, we’ll know more. Hopefully we can get him back sooner than later.”

Betts was injured during the first inning of Wednesday night’s game against the Los Angeles Angels when he collided with Cody Bellinger in the outfield on a fly ball. Betts played the rest of that game but was scratched from the lineup the past two days.

Roberts said Betts couldn’t get loosened up. An X-ray on Friday was negative, but an MRI on Saturday revealed the crack.

Dave Roberts said Mookie Betts has a cracked rib. He will go on the injured list. His return is TBD.

The Dodgers are already without starting pitchers Walker Buehler, Andrew Heaney and Dustin May due to injuries.

“I don’t want to reference Murphy’s Law but it has been that way. You have to keep moving on. It’s a long season,” Roberts said.

Zach McKinstry is expected to be called up from Triple-A Oklahoma City to take the open roster spot.