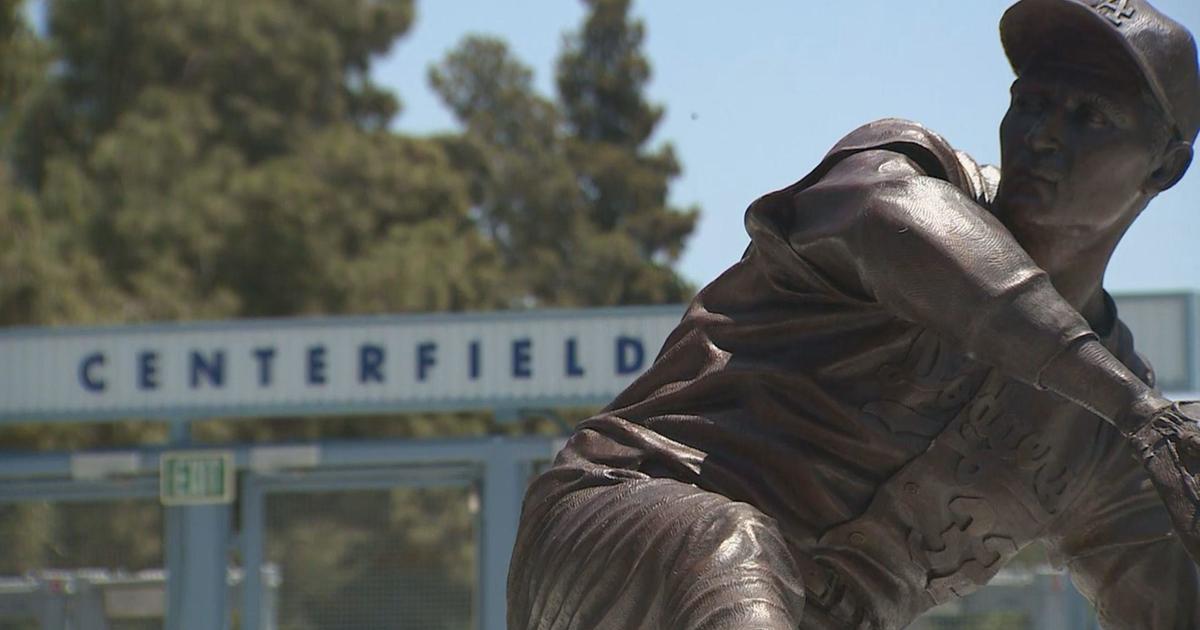 After a two-year delay due to the coronavirus pandemic, the Dodgers finally unveiled a statue dedicated to Hall of Fame pitcher Sandy Koufax, located at the Centerfield Plaza at Dodger Stadium.

Koufax, who was arguably the greatest pitcher of his generation during his 12-year career with the Dodgers (four in Brooklyn, eight in Los Angeles), joins Jackie Robinson as the only other former Dodger player to have a statue built in his honor at Dodger Stadium.

“Sixty-seven years ago, Jackie Robinson became my teammate and friend. At that time, sharing this space with him would have been absolutely unimaginable, and today it still is,” Koufax, 86, said during a ceremony on Saturday at Dodger Stadium. “It’s one of the greatest honors of my life.”

Koufax dominated opposing hitters during his career. He earned every top accolade a Major League pitcher can attain, including three Cy Young Awards, the National League Most Valuable Player award in 1963 and was named World Series MVP in 1963 and 1965.

Unfortunately, Koufax was forced to retire at age 31 due to an arthritic elbow.

The Dodgers originally announced their plans on building a statue to honor Koufax back in 2019. The organization originally hoped to unveil the statue by July 2020, but that was pushed back due to the COVID-19 pandemic.

Current Dodgers pitcher Clayton Kershaw, who has drawn a lot of comparisons to Koufax as a well-accomplished left-handed pitcher, also attended the ceremony and spoke about Koufax’s legacy.

“When you get drafted by the Dodgers, whether you ask for it or not, you become indoctrinated with the history of this organization and all the players that came before you,” Kershaw said. “More specifically, as a pitcher, you understand the excellence on the mound that has characterized the organization and what will be expected of you. There have been so many accomplished pitchers through the Dodgers’ storied history. You hear about them a lot but Sandy stood out.”

Kershaw also talked about the relationship he has developed with Koufax during his time with the Boys in Blue.

“He would call me when good things happen, to congratulate me. He would call me when bad things would happen to encourage me,” Kershaw said. “He’d even call me during the offseason to check in on Ellen (Kershaw’s wife) and I, to see how the chaos of our life with four kids was going. Sandy, I hope one day I can impact someone the way you have championed me.”