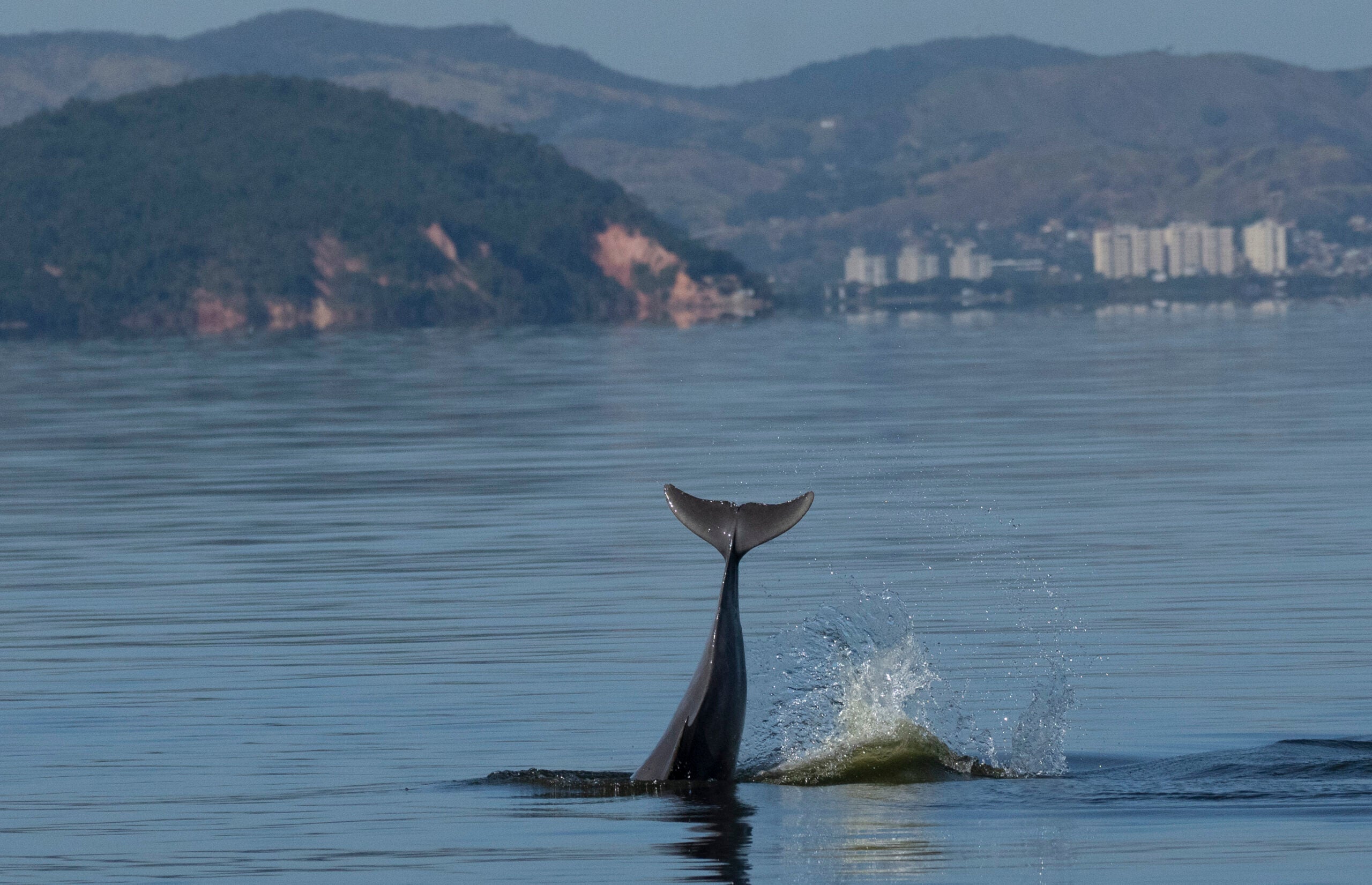 When groups of social mammals meet, things can get tense. Run-ins between chimpanzee communities, for instance, are known for their violence. Adult male mammals, especially, are keen to defend territory and access to females.

But for the Atlantic spotted dolphins of Little Bahama Bank and Bimini, the mixing and mingling seems to have gone rather swimmingly, scientists found.

Two teams of researchers published papers recently about the growing dolphin community. Their analyses, unlike the dolphins, were not blended, and offered independent confirmation that dolphins from different groups formed strong bonds in a short time frame. The rare event provides new clues about how these brainy mammals organize their complex societies, and may help predict what may occur if climate change pushes populations together.

Denise Herzing, a marine mammal behavioral biologist at the nonprofit Wild Dolphin Project, and her colleagues watched dolphins on the Little Bahama Bank for almost 30 years and started tracking the 52 dolphins when they left.

“We were curious how they were integrating,” she said. “It’s a kind of a natural experiment.”

Another team, the Dolphin Communication Project, observed dolphins at Bimini for 20 years. “All of a sudden we were seeing so many adults that we didn’t know,” said Nicole Danaher-Garcia, a behavioral ecologist with the group. She was referring to the dolphins, not the other dolphin researchers, of course.

The aquatic mammals often spend their whole lives forming close bonds within their home group, Danaher-Garcia said. But at Bimini, they were forming new friendships with strangers in only a year.

Danaher-Garcia’s team tracked which dolphins spent time together from 2013-18 and analyzed how individual animals touched one another. “A lot of times, you’ll see them rubbing their pectoral fins against one another. It kind of looks like they’re playing patty-cake,” she said. A dolphin may rub its forehead on a pal’s belly, indicating an even stronger bond. “You must like them,” she said, “and if they’re allowing you to do it, they must trust you.” Such friendly gestures were common among males from the different groups, the team reported this past week in the journal Royal Society Open Science.

The team didn’t observe aggression between the newcomers and the original Bimini crew, the kind of conflict often seen in nature when mammal groups merge.

“That’s very unusual,” Danaher-Garcia said. Instead, her team saw the animals socializing, playing and getting frisky across original group lines, behavior more akin to that of bonobos.

She said it was possible that “like bonobos, they use sexual behaviors to ease the tension.” At times, this bacchanal can look like a ball of dolphins. “You can’t really tell who’s touching whom and what’s going on,” she said.

Like both bonobos and chimpanzees, dolphins live in fission-fusion societies where they make strong bonds between individuals but can break those bonds and forge new ones. This kind of bonding between individuals in different groups is not seen among many mammals, said Diana Reiss, a marine mammal scientist and cognitive psychologist at Hunter College who was not part of either study. To see such social flexibility within groups that didn’t previously live together “is pretty exciting,” Reiss said.

Danaher-Garcia’s team suspects Bimini’s geography, with ample shallows as well as abundant access to deep water for foraging, makes for more amiable interactions because the dolphins probably don’t need to fight over space.

But that doesn’t mean it was all frictionless. Herzing’s group did see some aggressive behaviors, such as dolphins slapping or ramming heads, that are typical when males fight over mating opportunities. Her group mapped the cetaceans’ associations from 2015-20 and reported the results recently in the journal Marine Mammal Science. But the fighting that Herzing’s team observed is not unusual and can occur within a single group of dolphins.

Herzing’s group has yet to publish its analysis of the types of touches that occurred in the newly mixed group. That team stayed on a boat further offshore observing the dolphins over longer days during the summer. In contrast, Danaher-Garcia’s project had a limited sample size that was more focused on males, as opposed to males and females, Herzing said, and might have missed some aggressive encounters.

“They probably didn’t see aggression, probably because there was nothing to fight over,” she added.

There may also be a difference in how the two studies classify what counts as aggression, Herzing and Danaher-Garcia noted.

More research is needed to determine if the mixed dolphin groups are becoming more enmeshed through mating. The Wild Dolphin Project, Herzing’s team, is getting the scoop on this by collecting dolphin feces and analyzing the genetic material they contain to reveal the dolphins’ parentage.

Guido Parra, a behavioral ecologist at Flinders University who wasn’t involved with either study, said there was value in researching these interactions. An understanding of social ties could help reveal how animal groups might respond to environmental change and aid in conservation. Researchers still have a lot to learn about the ecological factors that drive grouping, the role of individuals in shaping a social structure, and the costs and benefits of banding together, Parra said.

That will be important as different dolphin populations may be pushed together. For example, in Bangladesh, rising seas encroached on a land boundary and brought river dolphins into contact with another dolphin species in the ocean, Herzing said.

“We don’t know exactly how species are going to fare,” she said.