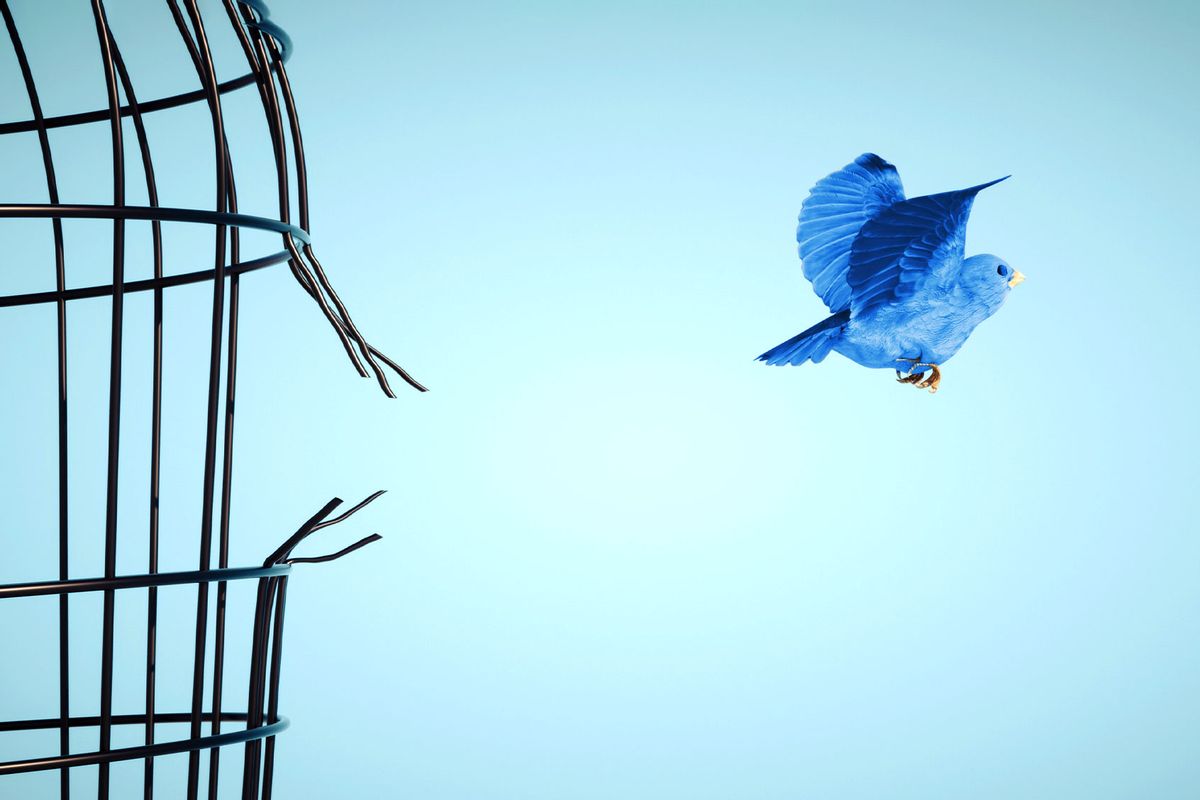 Joining Twitter changed my life. Quitting it did too.

With the whiplash-inducing news over the past few days of Elon Musk’s successful bid to purchase the social media platform, a lot of people are wondering what the future of tweeting will look like — and whether they still want to be a part of the new landscape. I can’t tell you what to do and where to plant your online roots, but I can tell you what the view looks like from someone who left four years ago. It’s . . . beautiful.

I’ve been deeply enmeshed in online spaces since I purchased my first modem and joined the pioneering Bay Area virtual community The WELL back in the ’90s. I got on Facebook and Instagram and Twitter early in their runs and enjoyed them all, for different reasons. Facebook brought old friends back into my life. Instagram challenged my creativity. And Twitter? Well, Twitter made me feel like I was finally sitting at the cool kids table. Twitter was once fun.

RELATED: Twitter should have died long ago — let Elon Musk take it out back and shoot it

Everyone in the media was there, big names and rising talent. I made virtual friends and gossiped via DMs. I announced to the world when I was diagnosed with cancer, when it metastasized, when my clinical trial left me with no evidence of disease. I live-tweeted awards shows and royal weddings and elections. I was sometimes entertaining, sometimes dumb. I avoided fights but sometimes got into them anyway, and I felt the knots in the pit of my stomach when high-profile trolls — and their fans — would go after me with insults or death threats. I tried mostly to maintain the right ratio of being honest, outraged and approachable, which is pretty much what I aspire to be in real life.

Things changed a lot after the 2016 election. It was a very bad time to be a lot of things on social media, including a woman or a member of the media. By then I’d already accustomed myself to taking periodic breaks, and had gratefully incorporated every new filtering tool into my experience. I’d unfollowed a huge number of accounts, mostly just to streamline my feed. I’d even taken the app off my phone, so I couldn’t reflexively detach from my outside life whenever a stray observation or a need for idle distraction hit. Yet the entire experience just still wasn’t as enjoyable as it once had been.

The next time I went on vacation, I did what I’d always done and stayed completely off social media the whole week. Except this time, I never went back.

Ultimately, it wasn’t the trolls or the bots or the easy doomscrolling or the deluge of disinformation and the apparent institutional indifference to it that drove me away. Those things were factors, but I drove myself off Twitter. I didn’t like how effortlessly judgmental and jealous I was becoming there, even of people I claimed to be friends with. I didn’t like how hard I was trying every day — to be clever, to be successful, to be the perfect amount of humble and hustling. I didn’t like how much I was valuing myself in likes and followers. The dopamine thing was real, and I was starting to get a headache from chasing the high.

Like almost any tool, Twitter can be as bad or good as the person using it. Twitter has done incredible things for social movements like Black Lives Matter and #MeToo. It gave us the Zola thread. It has created communities. It certainly brought people into my life I’d never otherwise have met, and it boosted my career. Then it made me feel anxious and antagonistic. Yet I worried about everything I would potentially lose if I walked away — relationships, opportunities, a carefully curated sense of self.

And I have, along the way, lost things. I have missed big announcements and important events in my peers’ lives. I’ve missed Twitter itself sometimes too, especially during lockdown when human interactions were few and far between. I also can’t imagine ever selling another book again without a digital footprint, which is no small thing for a writer. I sometimes contemplate quietly coming back, a gentler reinvention of my former self. So far the urge always passes, though. This Elon Musk thing isn’t exactly an enticement.

My Gen Z kids migrated directly from Snapchat to TikTok, bypassing Twitter entirely. (A 2021 Statistica report reveals that only about 17% of Twitter users are aged 18 – 24.) Meanwhile, many of my peers say they use Twitter differently now, less often and less recreationally. Maybe one obscenely rich man throwing a fortune at Twitter won’t change Twitter as much as time itself already has and will.

I’m literally getting a doctoral degree with the time and mental energy I used to spend tweeting.

Shortly after I quit social media, I walked away from the Catholic Church, and never looked back there either. A month later I did my first speaking engagement for a healthcare organization, an experience that (pre-COVID) opened up opportunities to travel and meet inspiring individuals all over the country. A month after that, I applied for an educational program that has led me right to this week, and a meeting with my dissertation committee. I’m literally getting a doctoral degree with the time and mental energy I used to spend tweeting. Overall, it’s been very good. Good for my mind, good for my mental health.

I know it’s not just because I quit social media that other doors in my life opened, and I would never suggest that worked for me is a one-size-fits-all solution. But I absolutely have learned that it is okay to leave something that no longer serves you. So let me ask, does Twitter serve you, still? Because maybe not. And I can only testify that the price of so many of the things that make me happiest today turned out to be just one small, dumb checkmark.