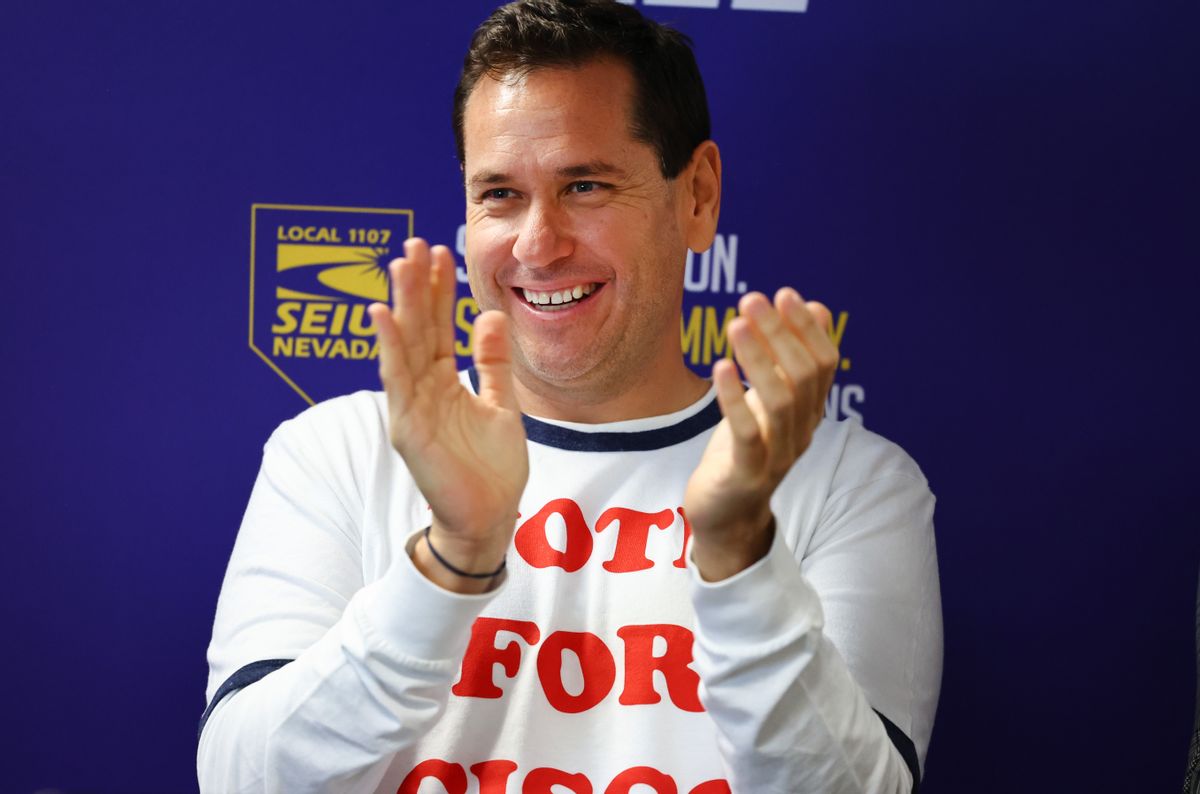 In Arizona, Democrat Adrian Fontes beat his Republican opponent Mark Finchem, a state lawmaker with ties to the Oath Keepers who was at the U.S. Capitol during the deadly Jan. 6, 2021, insurrection and who said he would not have certified Biden’s victory in the state.

Fontes said that Finchem “represented a danger to democracy if he had won,” the Associated Press reported. “The secretary of state, working with the governor and attorney general, has broad authority to rewrite the state’s election rules and plays a role in the certification of results.”

“Finchem had emerged as one of the most prominent Republicans running for secretary of state positions around the country who falsely claimed that Biden was not elected legitimately,” the AP noted. “He had argued for significant changes to Arizona’s elections after Biden won the state in 2020 and had been endorsed by Trump.”

After winning the state’s primary election in August, Finchem said he wanted to restore the rule of law to elections in the state, declaring: “Right now, we have lawlessness.”

There was no evidence of widespread fraud in the 2020 elections, including in Arizona, where reviews of the voting upheld Biden’s narrow victory.

He joined with Kari Lake, the Republican candidate for governor, in a lawsuit seeking to get rid of the machines that tabulate votes for the midterm elections and replace that process with a hand-count of all ballots in the state. Election experts say full hand-counts can be painfully slow, are prone to human error and are not as accurate as machine tallies.

The lawsuit alleged that the vote-counting machines used in Arizona aren’t reliable, a claim for which there is no evidence. They are appealing a decision by a federal judge to dismiss their lawsuit.

More than 210 GOP candidates who spread doubt and lies about Biden’s 2020 victory have won congressional seats and races for governor, secretary of state and attorney general so far, but the vast majority of them are headed to the U.S. House and Senate.

Election-denying candidates for the top three statewide positions have fared significantly worse across the nation, especially in swing states, where midterm voters have largely rejected the MAGA loyalists who supported overturning Trump’s 2020 loss.

“Without a doubt, election denial is alive and well, and this is a continuing threat,” Joanna Lydgate of States United told the AP earlier this week. But Tuesday “was a really good night for democracy.”

“Partisan control of election administration poses problems at this point in the U.S., as it faces threats to democracy. It erodes public trust and intensifies partisan gamesmanship.”

That assessment was shared by Arizona State University professor Thom Reilly, who wrote this week that “people by and large rejected election deniers serving as chief election officials.” However, he warned, “more hyperpartisan candidates will likely run for the chief election offices in more states in the future.”

“This kind of partisan control of election administration poses problems at this point in the U.S., as it faces threats to democracy,” wrote Reilly. “It erodes public trust and intensifies partisan gamesmanship, which in turn further erodes public trust.”

The U.S. is the only democracy in the world that elects its election officials, and one of the very few to allow high-ranking party members to lead election administration.

In the past, these down-ballot, statewide offices generated little attention. After all, studies have shown both local Democratic and Republican chief election officials acted in impartial ways.

However, there is growing evidence that trust in this important office — often in charge of running and certifying elections of their local, state and national leaders — may be eroding.

It is important to keep in mind that a secretary of state or chief election officer can’t single-handedly change election results. But they do have a good deal of influence over elections and voting processes before, during and after an election in a state.

They can refuse to certify the results of an election, triggering a governor or courts to become involved. They influence which issues become ballot measures and how they are described, and they can decertify voting machines.

“This election season raises questions, and exposes flaws, about how senior election officials are selected in the U.S.,” Reilly added. “The platforms of these election deniers who appeared on the 2022 midterm ballot illustrate the risk that this dynamic poses to ongoing voter trust and future election results.”

In yet-to-be-decided Arizona races, far-right gubernatorial candidate Lake currently trails Democrat Katie Hobbs by more than 30,000 votes with 83% of ballots tallied. Arizona’s Republican candidate for attorney general, Abraham Hamadeh, trails Democrat Kris Mayes by nearly 20,000 votes with the same percentage of ballots counted. Maricopa County, which includes Phoenix and is the state’s most populous, is not expected to finish counting until after the weekend.

Also on Friday night, incumbent Democratic U.S. Sen. Mark Kelly of Arizona took down GOP challenger Blake Masters. That left the Senate at 49-49 between Republicans and Democrats, until control of the chamber was settled on Saturday when incumbent Democratic U.S. Sen. Catherine Cortez Masto of Nevada was projected to win over Republican Adam Laxalt. Given the potential tie-breaking vote of Vice President Kamala Harris, 50 seats is enough to ensure majority control for Democrats.

They could yet win 51 seats, depending on the outcome of next month’s runoff election in Georgia between Democratic Sen. Raphael Warnock and Herschel Walker, a right-wing former football star.

on the Democrats’ midterm surprise