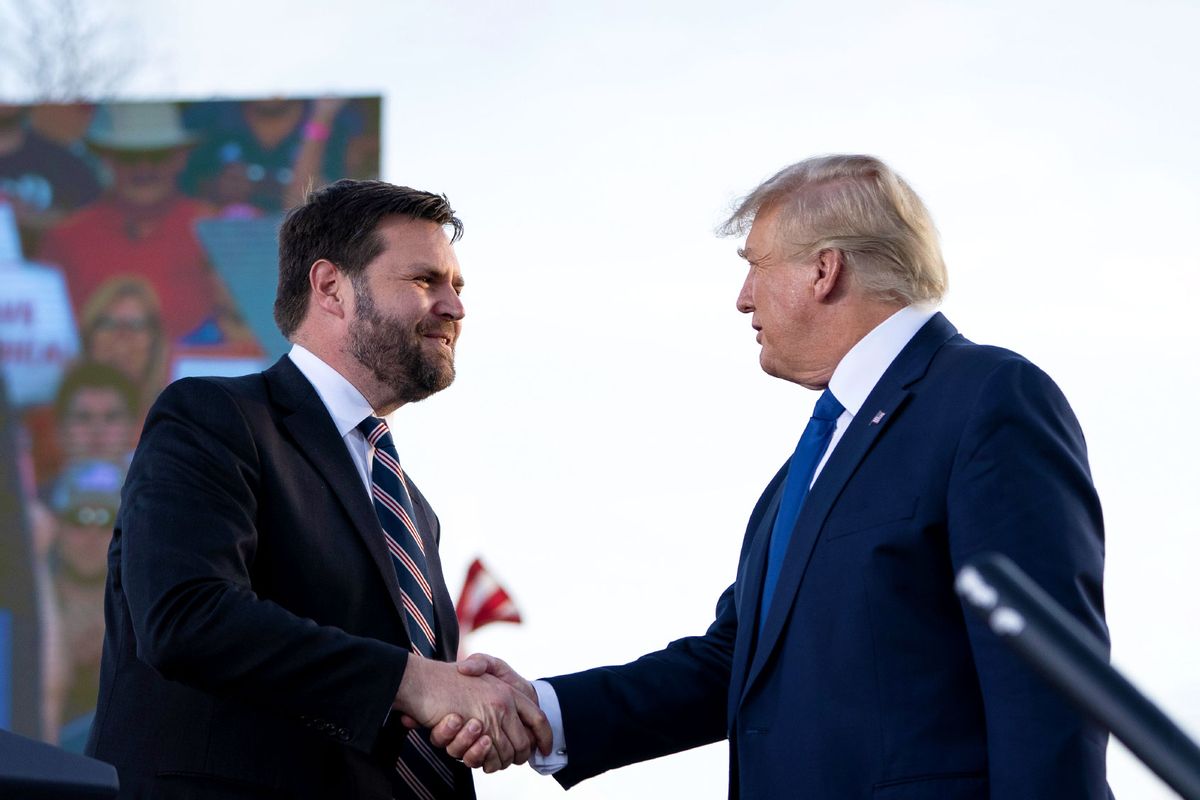 Former President Donald Trump is moving into position to steal the 2024 election with some assistance from Republican primary voters.

The former president has backed loyalists who have endorsed his lies about his 2020 election loss, and GOP voters have picked a number of them to move on to November’s general election, although NBC News correspondent Vaughn Hillyard pointed out that Trump’s endorsement wasn’t enough for every candidate.

“If [David] McCormick is able to pull this off, it’s an opening for others in the Republican Party,” Hillyard said. “Look, Ted Cruz was on the campaign trail with David McCormick out here. Mike Pompeo endorsed David McCormick here. If you look ahead towards next week in Georgia and David Perdue loses by a significant margin to incumbent Gov. Brian Kemp, you know, there’s going to be heads that begin to turn here and a realization that Donald Trump’s word is not final.”

“Of course, the former president, you know, he believes every horse he picked was going to win here, but clearly there are Republican voters who are willing to draw a line in the sand,” Hillyard added. “Whether that is Madison Cawthorn and his litany of controversial statements in past situations he has put himself into, or whether it is the endorsement of a Nebraska gubernatorial candidate, accused credibly by eight women of groping, or a lieutenant governor running for governor in Idaho who spoke at a white nationalist conference, the Republican Party’s voters clearly are not willing to cross some lines. Whether that ultimately extends to Donald Trump, I think that’s a big question that a lot of folks will be facing come 2024 here.”

However, some Trump loyalists have already made it through GOP primaries and stand a good chance of getting elected in November, and that could put them in position to help the twice-impeached former president steal the next election.

“His stable of loyalists, you know, every few weeks here, does continue to grow, despite these losses,” Hillyard said. “J.D. Vance, Alex Mooney, congressman in West Virginia, you know, if Mehmet Oz pulls this off, you’re talking about somebody here who could potentially object to election results in 2024. Last night, you guys, is these governor races here, Doug Mastriano endorsed just last weekend, is — I mean, could be the front man of the efforts to not certify professional 2024 election results. We’ve talked to the leading GOP candidates in Arizona, Michigan and Wisconsin for governor, who all could put the 2024 election on the line if they were to, like Doug Mastriano has suggested he would do, would fail to certify the election results if Donald Trump were to run and were to lose in these key swing states.”