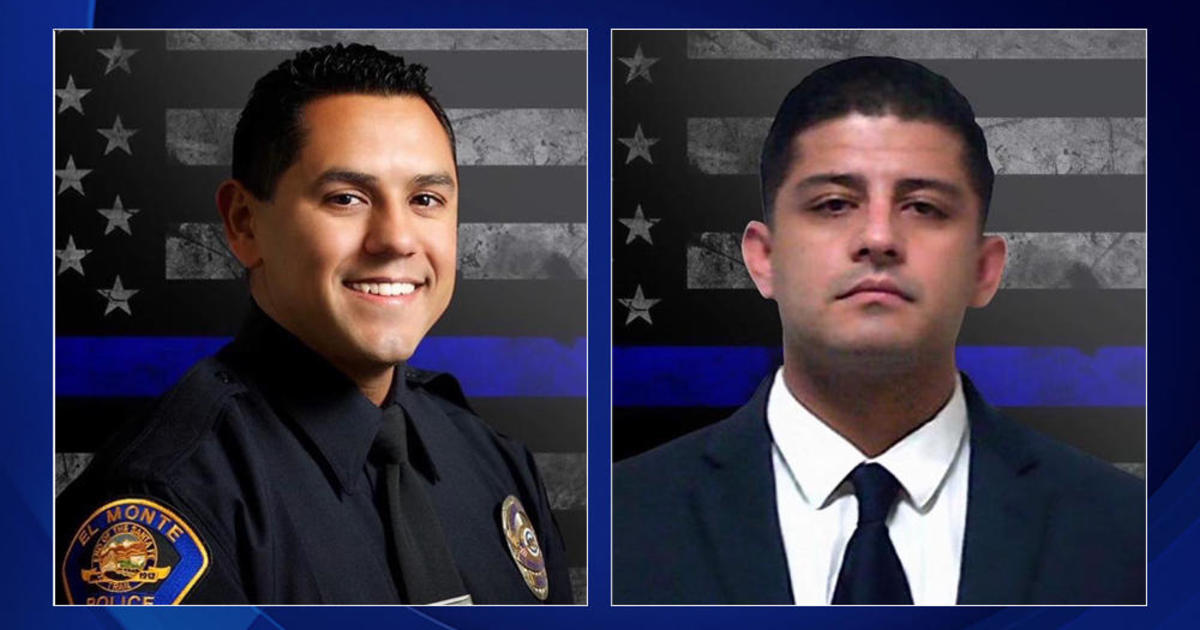 A very emotional ceremony was held Saturday night in El Monte for the two police officers shot and killed Tuesday while they were investigating reports of a stabbing.

Streets around the civic center were filled with people from all over, including law enforcement from surrounding cities, to honor Corporal Michael Paredes and Officer Joseph Santana.

The deaths of the two officers sent shockwaves throughout El Monte and neighboring cities.

“Anything in the San Gabriel hub, when something so tragic and awful, it effects everyone,” said Baldwin Hills resident Johanna Gaona.

Thin blue line flags surrounded the El Monte Civic Center, along with dozens and dozens of flowers and cars, all offering condolences.

“We recently had a loss in the family as well,” said Los Angeles resident Marisela Mora. “So, we know what the families are going through, really. So, we came here to support, you know, be here just for the community.”

The vigil brought out family from both officers. Paredes sister spoke first, followed by Santana’s brother-in-law.

Among the hundreds of people who showed up, comfort dogs were also brought to provide support to the heartbroken community.

“It is absolutely terrible. You never expect something like this to happen, so close to home, but unfortunately, it has,” said Elizabeth Obando, with The Go Team Therapy Dogs.

As people lit white candles in memory of Officer Paredes and Santana, it was not lost on the crowd the sacrifice the two men made.

“They sign up to protect their community and that’s what they did,” said Bob Kelly, a former law enforcement officer.

City Hall and all city facilities will be closed to the public Monday so that employees can mourn the lost of their fallen heroes, officials said.