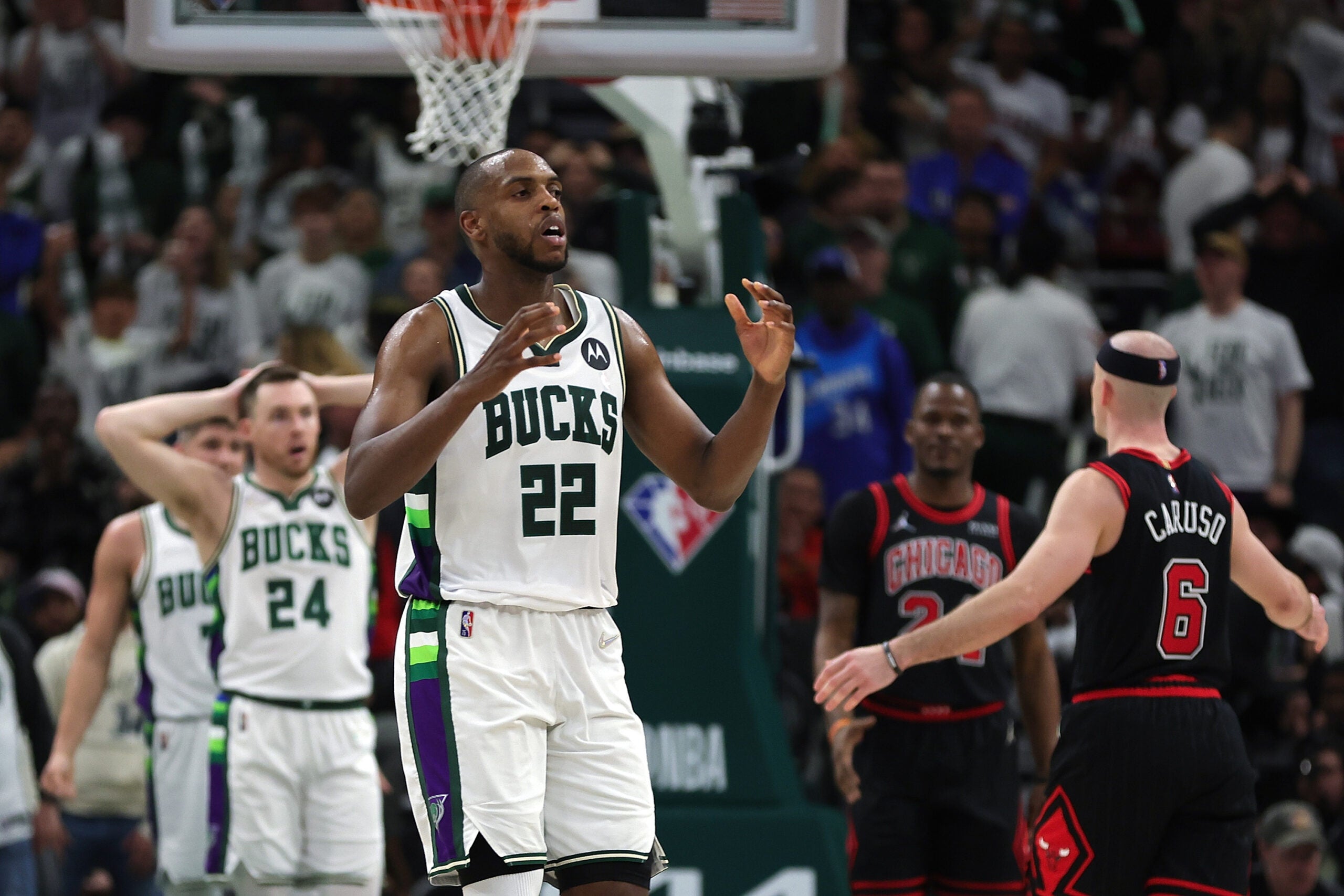 Khris Middleton could miss the Eastern Conference semifinals against the Celtics if the Bucks advance past the Bulls as expected, per ESPN’s Adrian Wojnarowski.

Reporting for ESPN’s NBA Today, Wojnarowski said Middleton — who sprained his MCL against the Bulls — will be re-evaluated in two weeks but that the Bucks aren’t expecting Middleton back on the floor immediately after he is cleared to return to practice.

“Certainly he’ll get that re-evaluation at the 14-day, two-week point next week, but I’m told that injury is expected to keep him out longer than that,” Wojnarowski said. “There’s not a sense that he’s going to get re-evaluated at two weeks and all of a sudden be back at practice and be ready to play. That’s a benchmark in this process, but the Bucks certainly — they are on the cusp of getting past the Bulls here — they may have to get through another series, a conference semifinal, before they may have the opportunity to get Khris Middleton back in this season.”

Missing Middleton would be a brutal hit for the Bucks. Middleton has a long history of torturing the Celtics with big games, but even aside from his history, the Bucks rely heavily on their second star to take pressure off Giannis Antetokounmpo. Without Middleton, the Celtics will have one fewer leak to plug defensively. The Bucks can counter with more shooters and higher usage for Jrue Holiday, but missing their secondary star in a series against the NBA’s hottest team is a tall order.

Celtics vs. Bucks reportedly could start as soon as Saturday but will likely get underway on Sunday if the Bucks take care of business Wednesday night against the Bulls, who will be without Zach LaVine and Alex Caruso.