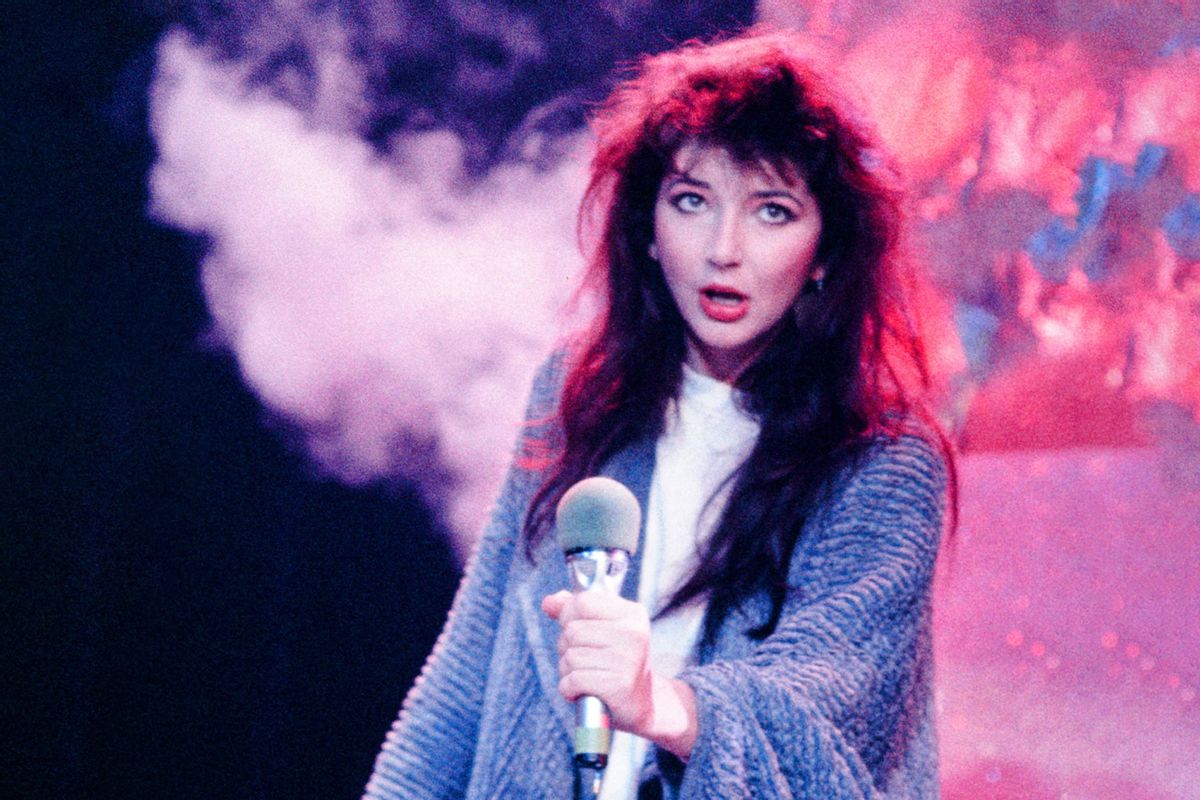 Keen observers of popular culture will have become aware of the recent inclusion of Kate Bush’s 1985 song “Running Up That Hill” into the storyline of the widely-watched Netflix show “Stranger Things.” As a result of this inclusion, Kate Bush’s classic song was catapulted (again) into the mainstream musical scene, experiencing a true resurgence in popularity and ranking highly in download charts around the world.

Kate Bush herself provided a response by issuing a rare message on social media about the whole affair, not only declaring her enthusiasm over “Stranger Things,” but also her gratitude for its ability to bestow “a new lease of life” upon her now famous song.

As a result of the boost in popularity of “Running Up That Hill,” there has been great talk of a whole new group of music listeners from the Gen Z demographic “discovering” Kate Bush’s work, and becoming instantly enamoured with it.

An anecdotal look would seem to suggest that, somehow, Kate Bush is reaching greater fame in 2022 than she did during the 1980s, a prolific creative period that many would rank (unkindly) as the peak of her musical journey. And yet, while there is no denying the instant hold that Kate Bush’s music seems to be having on current listeners, there is definitely something strange in suggesting that her fame was only moderate in previous decades.

Indeed, Kate Bush was popular during and after the ’80s, especially in the UK, and her music has been continuously well-received by a growing number of avid fans since.

In and out of the mainstream

The 2022 impact of “Stranger Things” on fans of her music only signals cycles of discovery, re-discovery, and re-appreciation that have been characteristic of Kate Bush’ music and performances ever since she first broke onto the scene as a decidedly avant-garde artist in 1978. Her now well-known hit “Wuthering Heights,” reached No. 1 in the UK Singles charts.

So, one is left to wonder as to the reason for Kate Bush’s long-standing appeal. While there are likely many different reasons for this – undoubtedly including the ever-changing circumstances of individual music listeners – there are certainly aspects of Kate Bush’s music, performances and perhaps even persona that feed her enduring attraction.

Kate Bush’s music was undoubtedly experimental and innovative in the late ’70s and ’80s. Its seemingly open disregard for the dominant musical trends of the time conferred upon her songs a certain out-of-time quality, which transformed and materialised into a timeliness appeal.

Her music’s refusal to fit into strict categories of genre and audience classification is perhaps what makes it able to seemingly morph according to situation, attuning itself to changing tastes, and squeezing itself into the evolving bounds of cultural relevance.

In addition to the very particular sound qualities of her music, one must also take into account the visual appeal of Kate Bush’ actual performances. Her music videos, where she is known to display arresting, sinuous choreographies and floating gowns, create a dream-like atmosphere.

While a touch of the late ’70s and ’80s can certainly be spotted in her videos, with the typical soft-focus lenses of the time making an obvious appearance, her performances are beautifully strange and suggestively haunting. The choreography seen in the video for “Wuthering Heights” is particularly well-known in this respect. Here, Kate sports an arresting, floaty red dress, and dances lithely in a natural landscape, incorporating mesmerising movements into her routine, while a light mist surrounds her.

The recurring combination of unconventional sounds and visuals is arguably what established Kate Bush as a distinct icon: one who is not only instantly recognisable for her almost intoxicating individuality, but who is also seemingly unfettered by the restrictions of neither time nor space.

There is no doubting the fact that Kate Bush’s lyrics speak to a variety of identities and desires. She has been credited as an extremely influential figure by contemporary artists such as Lady Gaga, Tori Amos, and Florence + The Machine.

Unavoidably, there is a lot of nostalgia involved in the constant re-discovery of Kate Bush’s music as well, especially for those fans whose memories are attached to her songs from different moments in time. And yet, there also seems to be something more peculiar at play. Kate Bush’s music has a certain nostalgic feel to it, even if new fans and listeners do not have any actual memories of the past associated with her songs.

There is an intimate sense of longing that is interlaced within the fabric her work: a desire to feel, to experience, and to find oneself, which makes her performances so captivating. It is perhaps this definitive characteristic that maintains Kate Bush’s multi-generational appeal, as her music continues to speak to a multitude of fans across the years.