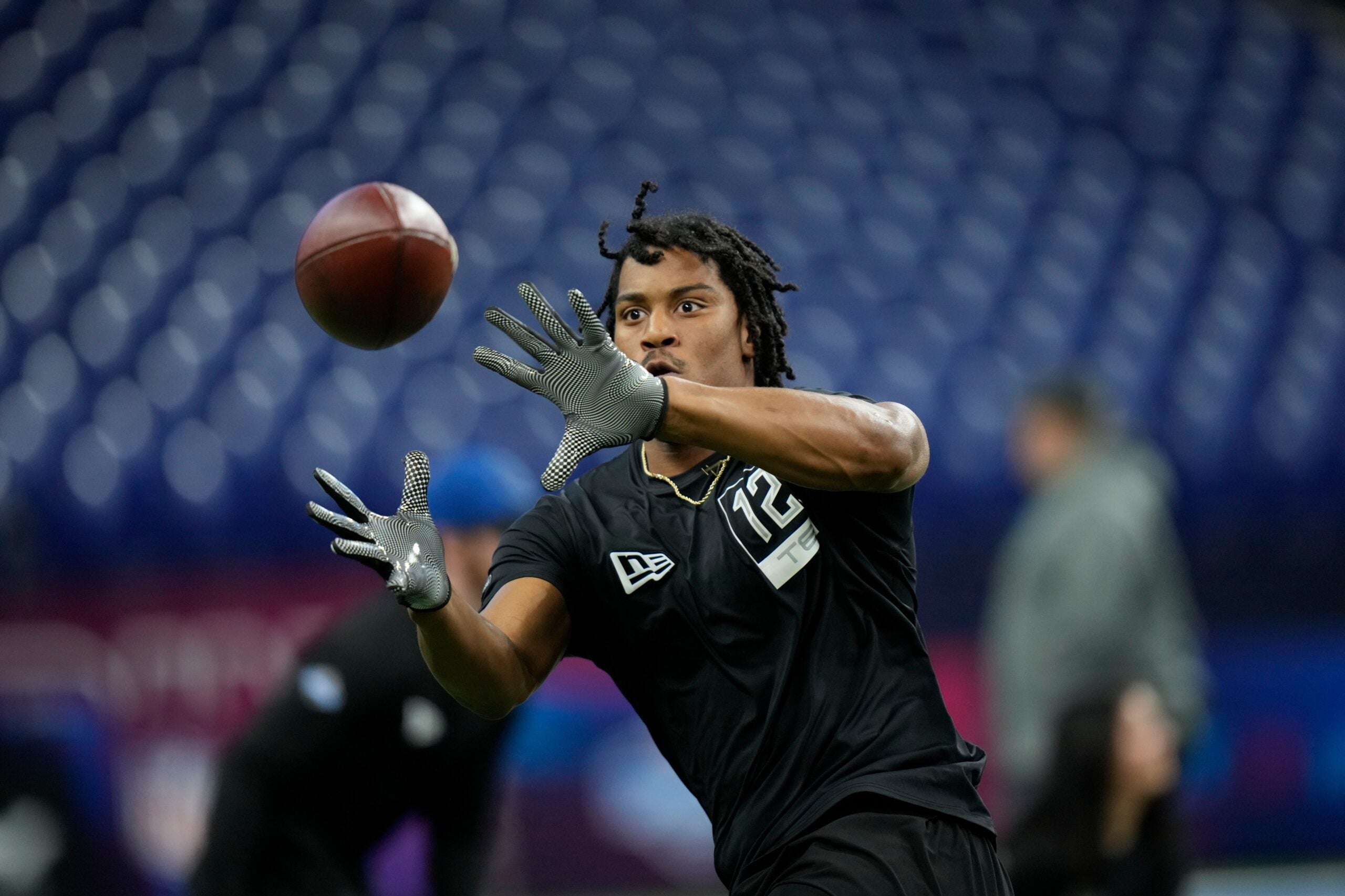 Isaiah Likely, a versatile tight end from Cambridge who starred at Everett High School and Coastal Carolina, went 139th to the Baltimore Ravens in the fourth round of the NFL Draft on Saturday.

”It was a surreal moment,” Likely told the Globe. “I was like a little kid in a candy shop. It was what I dreamed of since I was a little kid.”

Likely, who is 6-foot-4-inch, 245-pound, recorded 59 catches for 912 yards and 12 touchdowns en route to All-Sun Belt first-team honors last season. He totaled 2,050 receiving yards and 27 touchdowns throughout his career – both school records among tight ends.

He joins close friend Lewis Cine – who went 32nd overall to the Minnesota Vikings on Thursday – as members of the 2017 Everett state championship team to hear their names called in 2022.

Likely said he “already had the cake” when he got to Everett, and the school helped him “add the frosting” to prepare for college and ultimately the NFL. He and Cine talked every day about making this a reality, and they called each other right away when they were picked.

Cine echoed those thoughts and made it clear there’s a lot of mutual admiration and respect between the two.

”It’s real dope,” Cine told the Globe. “Me and Isaiah grew up together and played together. We watched each other play college ball. He did his thing and I did my thing.”

Likely believes his versatility will go a long way as he tries to carve out playing time with the Ravens as a rookie. He’s used to having something to prove, so this is nothing new. He believes the Ravens have all the pieces they need to make a run to the Super Bowl.

ESPN’s Todd McShay referred to Likely as a “bulked-up wide receiver” who can separate and create downfield. He views him as another weapon for quarterback Lamar Jackson in an already-deep tight end room that includes veteran Mark Andrews and fellow rookie Charlie Kolar, among others. McShay said the Ravens will have a chance to run multiple tight end sets.

”I like Isaiah Likely a whole lot,” McShay said. “I’m surprised he’s lasted this long. He’s been on my best available for a while. I think as a route-runner and receiver, he’s instinctive.”

In other local news, the Indianapolis Colts selected Yale defensive back Rodney Thomas with the 239th overall pick. Thomas, who transitioned from linebacker to safety this season, has a 41-inch vertical and 127-inch broad jump. He was a first-team All-Ivy League selection in 2021.Andrew Stueber of Darien, Conn., an offensive lineman from the University of Michigan, went in the seventh round to the Patriots (245th overall). Local products such as center Alec Lindstrom (Dudley, Boston College), quarterback E.J. Perry (Andover, Brown University), and tight end Trae Barry (Boston College), who had a chance to be drafted, didn’t hear their names called.