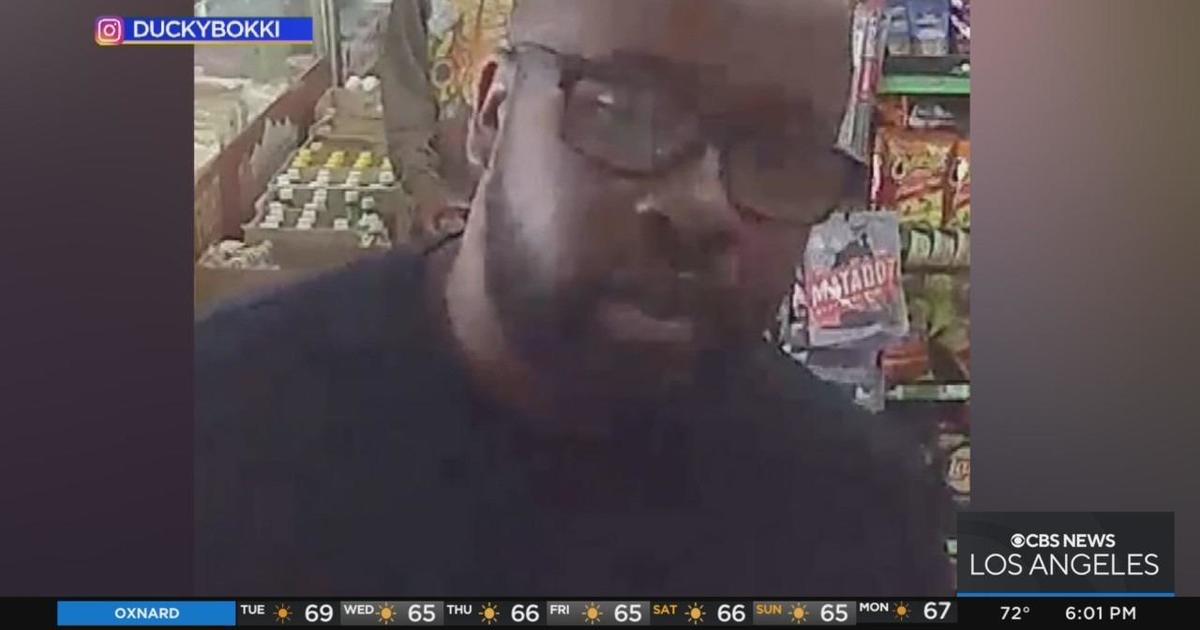 Security video captured a suspected shoplifter hit a South Los Angeles shop owner after she confronted him, an attack that sent her to the hospital.

“I told him can you pay. And He was talking very close to my face. he looks like he’s going to go inside the store, but he’s not. He pushed me,” said Mrs. Chang, the 61-year-old owner of G&J Market.

Chang said the man had been flirting with a woman in front of him and actually paid for her item, but then tried to walk out of the store with some groceries.

Cameras inside the store capture a clear picture of the man Chang said assaulted her on May 1. After the incident, the suspect then casually got in his car and drove away.

The shop owner called the police and went to the hospital for bruises to her head, back and leg. Friends setup a fundraising page to help with her ongoing medical costs.

“I hurt too much. Even still, I’m hurting on my back, in the leg too,” Chang said.

She and her husband have owned the market for 11 years and said this is not the first time they’ve been attacked by a customer.

“Somebody bite me right here. Some of the cases have to go to court. About five of them they put in jail. Some of them when they come out, they do it again. they come again and make me scared,” Mr. Chang said.

The couple purchased security cameras and even a stun gun for their safety after repeated attacks, but said this recent incident won’t deter them from doing business in the community.

According to the couple, most of their customers are regulars and they didn’t recognize the man. So far, arrests have been made.