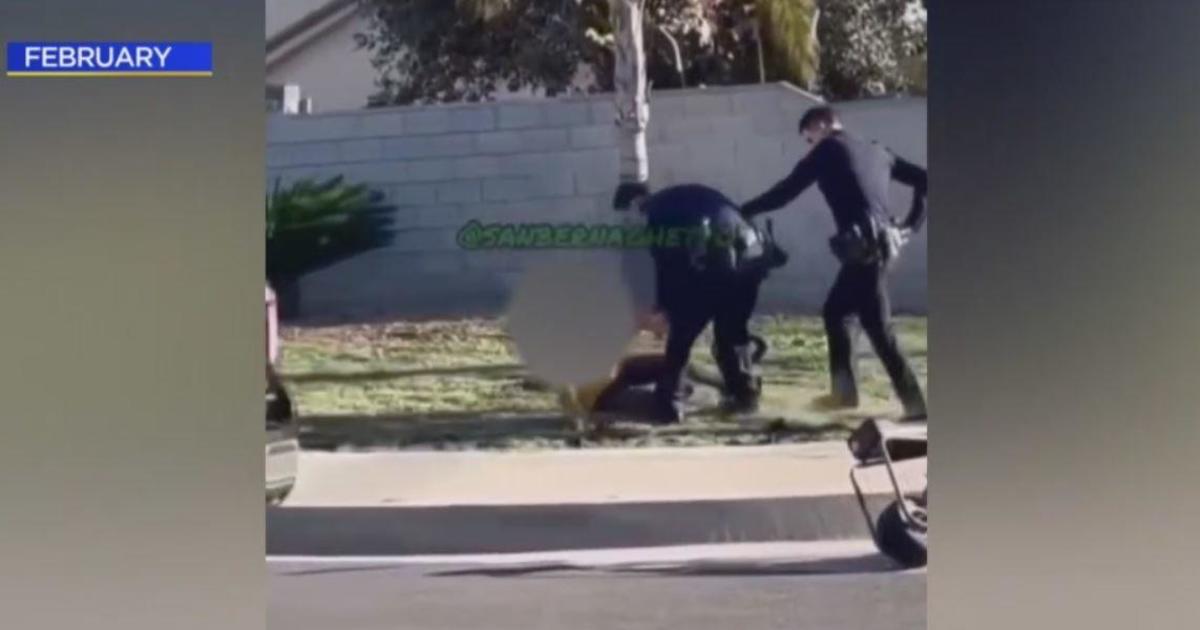 The family of a 16-year-old girl who was shown on cellphone video being violently arrested by Rialto police officers earlier this year has filed a $10 million lawsuit against the department.

The family announced the lawsuit Wednesday in the incident, which occurred on Feb. 11. One of the officers involved has been placed on leave.

The civil rights lawsuit lists the two officers, the police chief, the city of Rialto and the county of San Bernardino as defendants. It alleges excessive force, conspiracy, battery and negligence.

According to police, two officers had stopped the teen girl for allegedly riding an illegal street bike and speeding on a residential street, just a few blocks from her home.

The video showed one of the officers throwing the girl to the ground. The officers tussle with her as they try to detain her. In the video, the teen could be heard pleading for her brother.

One witness told CBSLA at the time that the girl “was belligerent from the start” and spit on the officers. Police alleged she refused to identify herself and lied about her age. An officer could be heard asking if the girl tried to bite him during the struggle.

The family Wednesday claimed that they have now seen police bodycam footage of the altercation. They allege that it shows one of the officers hitting her in the neck while she is handcuffed in the police car.

“She went through a horrific assault by someone who was supposed to protect and serve,” the girl’s grand uncle Laurence Todd told CBSLA Wednesday.

“She suffered some harm, and she is still suffering. If you put your hands around a child you should be relieved. There’s no reason they should still be on this police department. None.”

“We apologize to the juvenile’s family regarding these unfortunate circumstances,” Kling said in a statement. “At a time when our police department strives to build community relationships, we certainly fell short in this encounter.”

The police department did not immediately respond to the lawsuit.