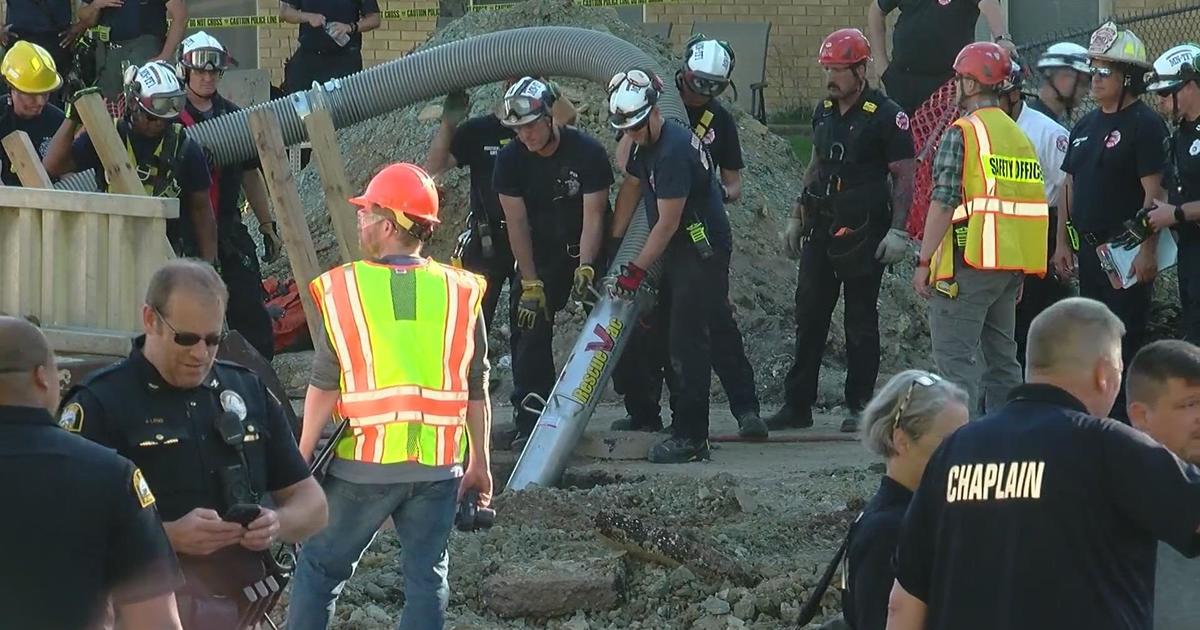 ST. PAUL, Minn. — The family of a victim of a trench collapse is hoping for answers. On Friday afternoon, Jeff Jeanetta and Bob Brantjen died at a St. Paul construction site, after a trench collapsed on them.

It happened on the 700 block of Mount Curve Boulevard. It took rescuers hours to recover their bodies.

“He would do whatever he could for you,” said Jeff’s brother Joe. “He was well-liked by a lot of people.”

He is still trying to process what happened to his younger brother. He said Jeff Jeanetta was putting in a water line at a new construction site in Highland Park when the trench collapsed, burying Jeff and his boss, Bob Brandtjen.

“I have no idea on why that happened. There was a shoring box on site that should have been in the hole,” said Joe.

Sam Heimlich also has questions. He’s with the carpenters union. While he investigates, he’s thinking of the victims.

“You think it’s a tragedy and you hope that it will be rectified and it won’t happen again. That’s our expectation at least,” said Heimlich, North Central States Reginal Council of Carpenters.

A memorial has formed here at the construction site, just feet from where the accident happened. Joe says his brother Jeff had been through some hard times in life, but was on the right track.

“He was incarcerated for a while but when he got out he straightened his life out. He took advantage of the second chance he had,” said Joe.

Jeff was a veteran, a jack of all trades, and a father of 6. Bob Brantjen’s son Billy just graduated high school from St. Thomas Academy. A GoFundMe page to help him with college expenses, has already raised more than $100,000.

Joe said he’s been in the same line of work as Jeff. But his brother’s tragedy has caused him to second-guess his career.

It says, “Our community loves Billy and is heartbroken for him. We are rallying around him by providing grief and spiritual counseling, living arrangements, help with funeral planning and, of course, contributing to the GoFundMe campaign.”