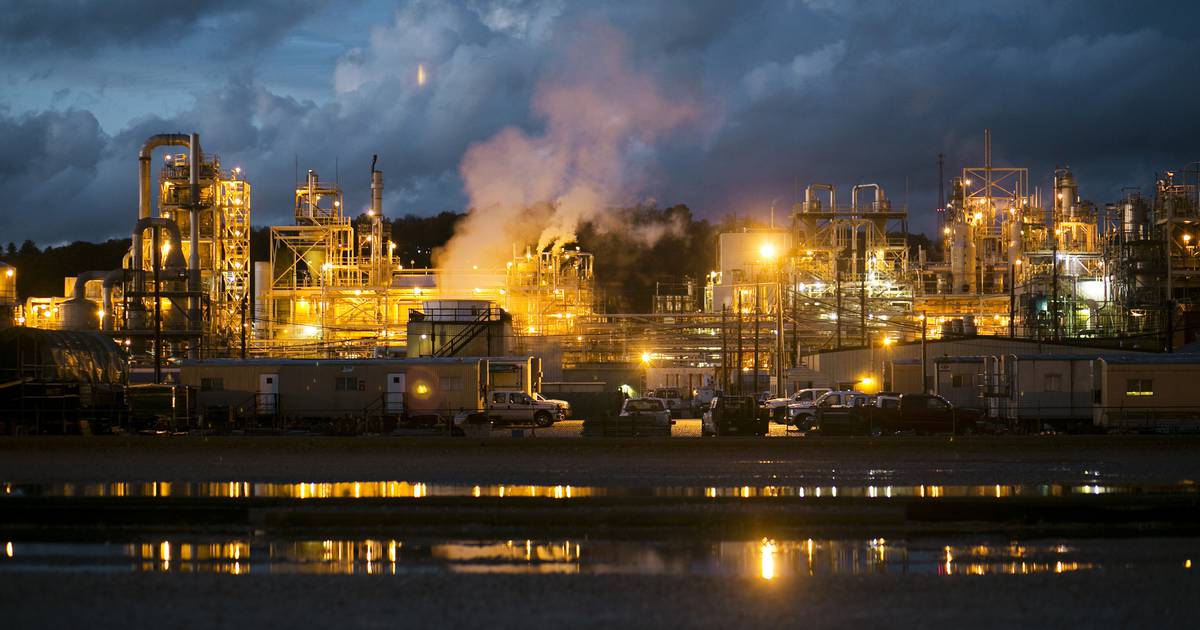 If Wilbur Earl Tennant’s cows hadn’t died from a mysterious wasting disease during the 1990s, the world might have never learned about the secret history of toxic forever chemicals.

Tennant was a West Virginia farmer whose family owned land near a DuPont factory on the Ohio River where the chemical giant made one of its signature inventions: Teflon nonstick and anti-stain coatings used in carpets, clothing, cookware and hundreds of other products.

The Tennants had sold some of their property to DuPont years earlier. Company officials told one of Tennant’s brothers in person and in writing they planned to turn it into a landfill for office garbage — nothing hazardous.

A few years after the sale, Tennant suspected DuPont had filled the landfill with more than just garbage.

Foam began appearing in a creek that meandered past the landfill before spilling into the Tennants’ pasture, he later testified in a court filing. Cows that drank from the creek had been healthy. Dozens began dramatically losing weight, dying even after Tennant doubled their feed on the advice of veterinarians who couldn’t determine what was killing the animals.

A videotape Tennant shot with a VHS camcorder shows emaciated cows with tumors on their hides. He focuses on the froth-covered creek before the tape cuts to a dissected calf with blackened teeth and oddly colored organs.

“There is something wrong with this water,” Tennant says on the videotape.

Lawyers in Parkersburg, West Virginia, turned him down when he urged them to sue DuPont, then one of area’s biggest employers. But friends knew the grandson of one of their neighbors had become an environmental lawyer in Cincinnati. Call him, they suggested.

On paper, Rob Bilott didn’t appear to be one of those crusading lawyers in legal thrillers. (He later would be played by actor Mark Ruffalo in the 2019 film “Dark Waters.”)

Bilott’s law firm, Taft Stettinius & Hollister, typically represents corporate clients like DuPont in environmental cases, not people like Tennant. “In short, I was playing for the opposite team,” Bilott recalled in his memoir about the lawsuit he ended up filing against DuPont — and the explosive aftermath.

During the years before DuPont settled the lawsuit — paying the Tennants an undisclosed amount without assigning blame for the dead cows — the company sent Bilott boxes of documents he requested through the normal court process.

Nothing jumped out in page after page he reviewed, Bilott recalled. But a single letter, sent by a DuPont scientist to the U.S. Environmental Protection Agency, began unraveling a more alarming story.

The June 23, 2000, letter listed something in the landfill that didn’t appear in the other documents or in Taft’s chemical dictionaries. Nor was it on the list of substances regulated by the EPA. Bilott later determined it was one of the forever chemicals — perfluorooctanoic acid, commonly referred to today as PFOA.

DuPont appeared to be concerned enough about PFOA that the company tested employees at the Teflon plant and found the chemical in their blood, the letter to the EPA revealed.

Revelations by another chemical company gave Bilott leverage to go back into court and request more records from DuPont.

A month before DuPont’s letter about PFOA, the Minnesota-based conglomerate 3M announced it would stop making a chemical with a similar sounding name: perfluorooctane sulfonic acid or PFOS. For decades it had been the backbone of 3M’s Scotchgard brand of stain-resistant products.

It turned out 3M also made PFOA and sold it to DuPont, which used the chemical cousin of Scotchgard to keep Teflon from clumping during production.

3M and DuPont have argued in court and in public statements that neither chemical is harmful to people at typical levels of exposure. But two years before 3M announced its phaseout in 2000, the company informed EPA officials for the first time that PFOA and PFOS accumulate in human blood, take years to leave the body and don’t break down in the environment.

Records obtained by Bilott showed DuPont had determined in 1961 that PFOA is toxic in animals. In 1970, a company that purchased 3M’s PFOS-based firefighting foam abruptly halted a demonstration after it killed fish in a nearby stream. Eight years later 3M paused one of its animal studies after every monkey fed PFOS died.

DuPont determined that PFOA passed from pregnant employees to their fetuses. Two of seven babies born to Teflon plant employees in 1981 had facial deformities similar to what 3M had found in newborn rats.

Other testing by 3M found the compounds in apples, bread, green beans and ground beef. DuPont detected PFOA in the drinking water of communities near the Teflon plant.

None of this information was shared with the public. DuPont and 3M kept the U.S. EPA in the dark for years, company and government records show.

Bilott also discovered that years before he sued DuPont on behalf of the Tennants, company scientists had tested the creek running through the family’s pasture. It was contaminated with high levels of PFOA.

DuPont and the family settled the lawsuit soon after Bilott shared that information with one of the company’s lawyers, who had referred to PFOA in an email as “the material 3M sells us that we poop into the river and into drinking water.”

After the Tennants had been paid and Bilott’s law firm collected its fees for representing them, he found himself coming back again and again to the piles of industry documents he had collected, urged on by the persistent Tennant.

Bilott created a timeline that showed what DuPont and 3M knew about the chemicals. Then he wrote a 19-page letter, attached some of the industry documents and mailed the package to officials at the EPA and the Department of Justice.

“During the course of the litigation, we have confirmed that the chemicals and pollutants released into the environment by DuPont … may pose an imminent and substantial threat to health and the environment,” Bilott wrote at the beginning of his March 6, 2001, letter.

He sued DuPont again on behalf of thousands of people who lived near the Teflon plant and for decades had been exposed to PFOA through drinking water and air pollution.

When DuPont settled that lawsuit in 2004, the company agreed to finance a study of PFOA’s health effects. Nearly 70,000 people participated.

The C8 Science Study (named for DuPont’s internal code for PFOA) found a “probable link” between the chemical and certain diseases in humans, some of which 3M and DuPont had found in animals years, if not decades, earlier.

In Minnesota, 3M paid an $850 million settlement after the state’s attorney general used the industry documents in a lawsuit demanding clean drinking water for communities near one of its manufacturing plants outside Minneapolis.

“Yet to this day the companies deny responsibility,” Bilott said in an interview. “In the meantime, people are drinking these chemicals every day. Babies are born every day with these chemicals. Seventy years later these chemicals are in our soil, our air, in wildlife. They are still in all of us.”

PFOA and PFOS are among more than 12,000 versions of synthetic chemicals known as per- and polyfluoroalkyl substances or PFAS. About 600 are in use today, according to the EPA.

Alternatives for PFOA and PFOS — promoted as safe by industry — are just as dangerous, if not more so, scientists are finding. There also are related substances called precursors that transform into PFOA and PFOS in the body or the environment.

“They are everywhere. That’s what’s so scary about these chemicals,” said Jamie DeWitt, a professor of pharmacology and toxicology at East Carolina University who studies PFAS. “It begs the question: How many cancers and other health effects are we willing to accept?”

Read the investigation: Tribune finds more than 8 million Illinoisans get drinking water from a utility where forever chemicals have been detected >>>

Bilott is back in court again. This time he is seeking to force 3M and DuPont to pay for medical monitoring of every American exposed to PFAS.

In March, a federal judge limited the case to Ohio residents with a specific amount of the chemicals in their blood, which alone could include up to 11 million people.

The chemical companies are appealing the decision.

Tennant didn’t live to witness the scope of what unfolded after he persuaded Bilott to file the lawsuit about his dead cows. He died of a heart attack in 2009 at age 67.