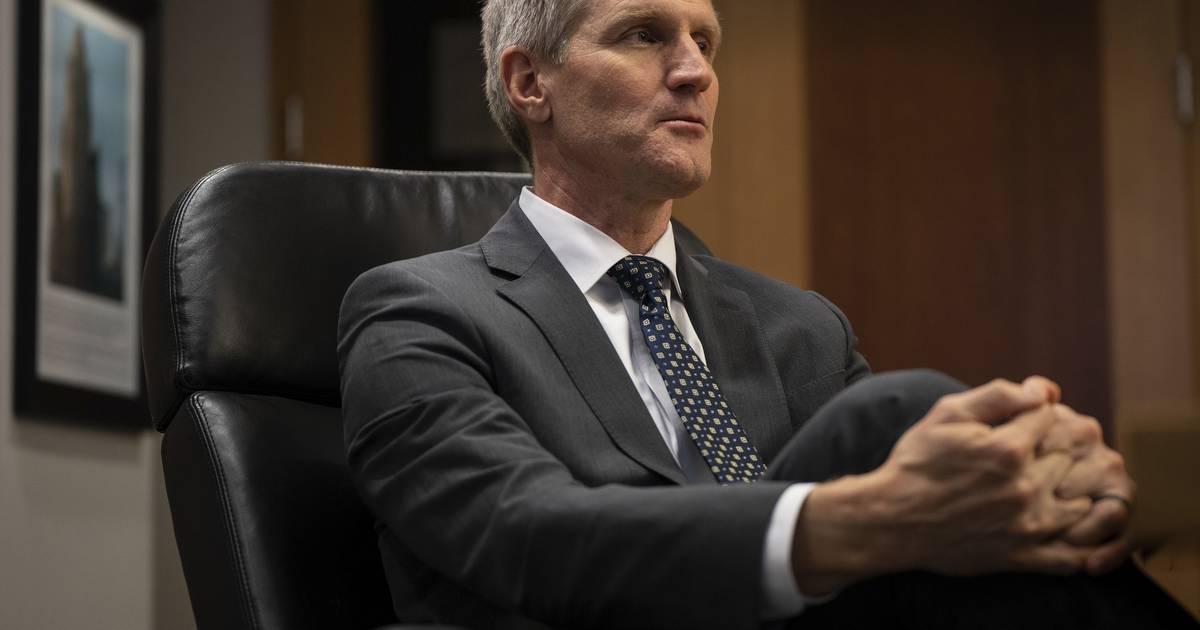 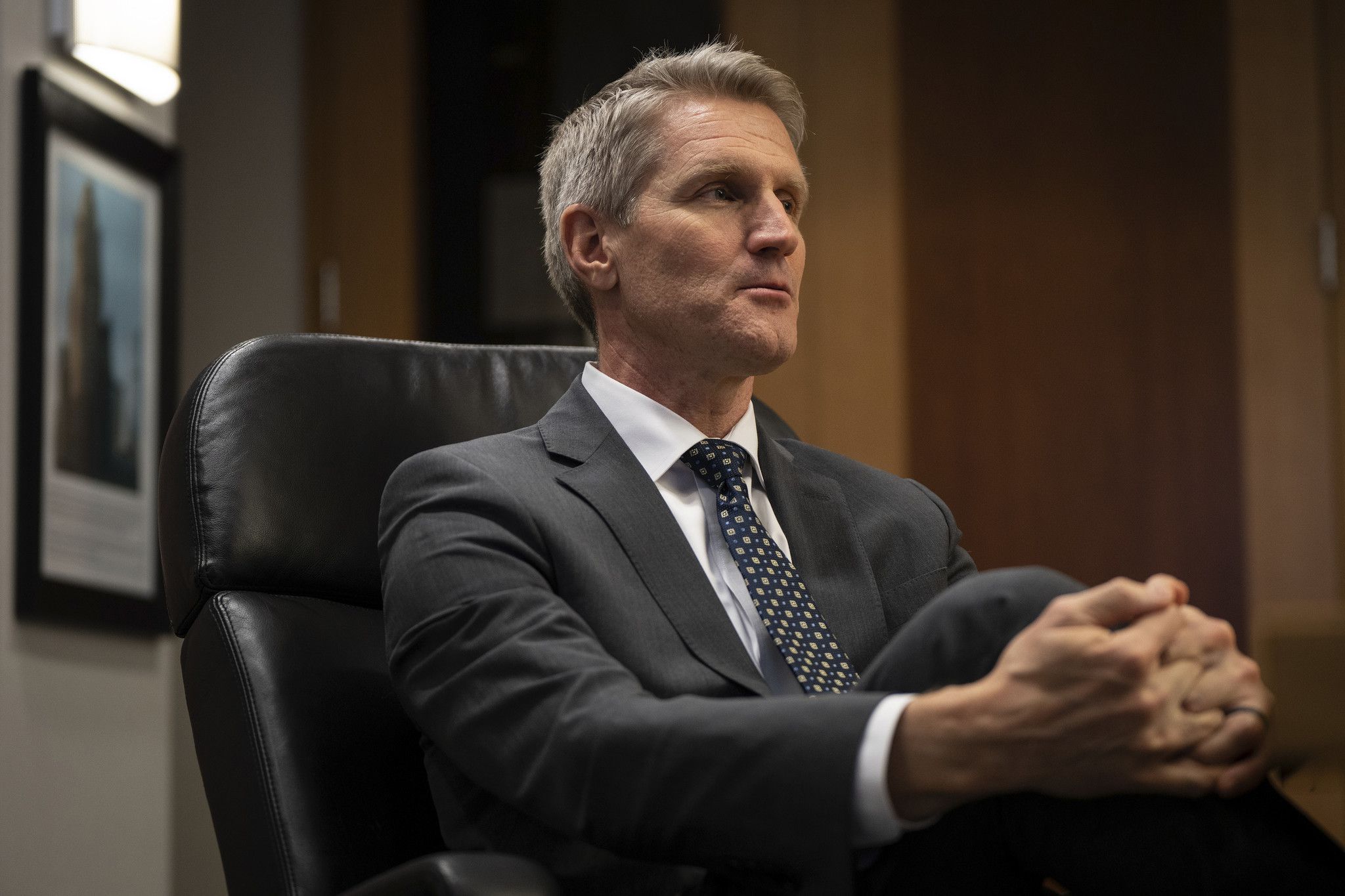 Robert “Wes” Wheeler Jr., Chicago’s new FBI boss, keeps a photograph of his father in his office alongside his dad’s police ID from their hometown in central Georgia.

It’s a constant reminder, Wheeler says, of one of the mentors who has shaped his life and leadership style — one he describes as steady professionalism.

“Wherever I sit, he looks at me,” Wheeler said of his father, whose short stint in law enforcement was followed by a decadeslong career as an undertaker and county coroner. “My mentors, the ones I learned the most from, were very quiet professionals, great examples, role models. I kind of aspire to be like that.”

Wheeler, 52, sat down with the Tribune on Tuesday to talk about his new job leading the Chicago FBI, the bureau’s fourth-largest field office with more than 1,000 agents, support staff and other personnel responsible for investigating everything from domestic and international terrorism to public corruption, gang racketeering, bank robberies and white-collar crime.

A 24-year FBI veteran with a background in counterterrorism, Wheeler was appointed special agent in charge earlier this month by FBI Director Christopher Wray to succeed Emmerson Buie, who retired in August.

Unlike Buie, who was raised on the South Side and saw the job as a sort of homecoming, Wheeler has spent limited time in Chicago before landing here to start work on Jan. 3.

But Wheeler said he’s already taken to the city, staying downtown for his first few weeks to get acclimated before deciding on a permanent location for his family. He also said he considers the Chicago job to be the “pinnacle” of his career.

“I’ve lived and worked in cities sometimes, but mostly it’s been more rural environments,” he said in the interview at the hulking FBI headquarters, 2111 Roosevelt Road. “I’ve really been enjoying feeling like the city guy for the last few weeks.”

Soft-spoken and with still a hint of a Georgia accent, Wheeler comes to the high-profile job at a pivotal moment in the city’s history, with the issue of gun violence at the forefront, violent extremism on the rise both at home and abroad, major public corruption trials on the horizon and a mayoral election just weeks away.

He said he’s already spoken to Chicago police Superintendent David Brown several times over the phone in his first few weeks and is looking forward to meeting with him in person to go over the bureau’s efforts to fight gang and gun violence.

“Violent crime is definitely something to worry about,” Wheeler said. “It is not an easy problem to solve and it requires evolving to what that threat looks like.”

Wheeler said in his short time in the Chicago he already has a heightened awareness of how the violence affects the city. “I’m living here too and I feel it too,” he said. “It’s just not acceptable that that’s what we’re dealing with.”

As non-Chicagoan, Wheeler also has a different perspective than some when it comes to the city’s often-cited problem with public corruption, which has been a focal point of the Chicago field office for decades.

Wheeler said that while public corruption garners a lot of headlines in town, he thinks it has a lot to do with the experience of the in-house agents and support staff who work those cases.

“Of course corruption is an issue, but I don’t think Chicago is substantially different than other big cities in the U.S. or globally,” he said. “I think it’s another enduring problem..”

Like his predecessors, Wheeler said that anti-terrorism initiatives will continue to be a focus of the bureau, as the rise and fall of the Islamic State has given way to concerns about lone-wolf attacks involving “someone we were investigating prior or not someone who had come to the attention of anybody prior to something bad happening.”

After college, he joined the Georgia Bureau of Investigation. His mother told the local newspaper in a recent interview that her son was put to the test his first week with the GBI when “he was assigned to put on fishing waders and search a landfill for body parts.”

Wheeler began his FBI career as a special agent in a satellite office in Dallas, where he was eventually assigned to counterterrorism duties and also served with the North Texas Joint Terrorism Task Force.

In 2006, Wheeler joined the protection detail for the U.S. attorney general in Washington, where he also began teaching new agents at the FBI Academy in Quantico, Virginia. He was deployed to Afghanistan for several months in late 2009 to “work kidnapping matters” and later joined a team specializing in countering improvised explosive devices, the FBI said.

More recently, Wheeler led a Washington-based international terrorism squad focused on the U.S. and Middle East, and served as a section chief in the International Operations Division, focusing on global readiness and legal attache operations in Europe, Eastern Europe and Eurasia.

Wheeler, who is married with two college-age sons and a daughter in high school, said has been fortunate to be based in one area for most of his FBI career, rather than be transferred around the country.

He also said his wife, whom he met in Atlanta, grew up in downstate Lincoln, near Springfield, and has connections in the city, so landing in Chicago will be a Midwestern homecoming for her.

But then there’s the January weather, which, for a Georgia native, he admitted can be a strain on the psyche.

“I’m not really built for that kind of thing,” Wheeler joked. “I’m preparing to suffer a little bit.”